Anita Anand, professor at U of T's Faculty of Law, named to federal cabinet 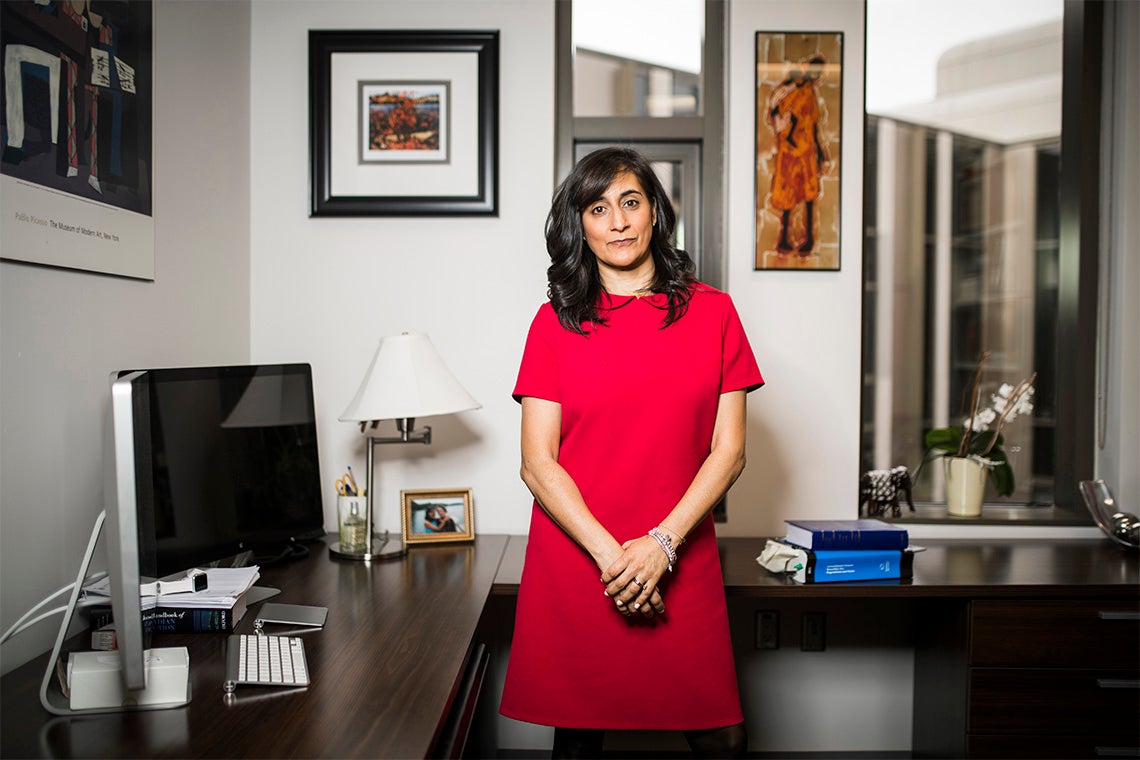 First-time Liberal Member of Parliament and University of Toronto Faculty of Law Professor Anita Anand has been named the federal minister of public services and procurement.

Anand, who is currently on leave from U of T after being elected to represent the riding of Oakville, Ont. in the most recent federal election, was sworn in at Rideau Hall today as Prime Minister Justin Trudeau reshuffled cabinet portfolios.

An expert on the regulation of capital markets with a specific focus on corporate governance, enforcement, capital-raising techniques and systemic risk, Anand is a former associate dean of law who is cross-appointed to the Rotman School of Management and the Munk School of Global Affairs & Public Policy.

She is also a senior fellow of Massey College and served as the academic director of the Centre for the Legal Profession and its program on ethics in law and business.

Read the full list of cabinet members at CBC News

At the time of her election, Anand’s goals included strengthening the economy, implementing national pharmacare and supporting the fight against climate change.

Anand has a record of public service and has been appointed to numerous expert committees, including Ontario’s Expert Committee to Consider Financial Advisory and Financial Planning Policy Alternatives. She has also conducted research for the task force to modernize securities legislation in Canada and the Commission of Inquiry into the Investigation of the Bombing of Air India Flight 182.

The Royal Society of Canada earlier this year awarded Anand the Yvan Allaire Medal for outstanding contributions in governance relating to private and public organizations.