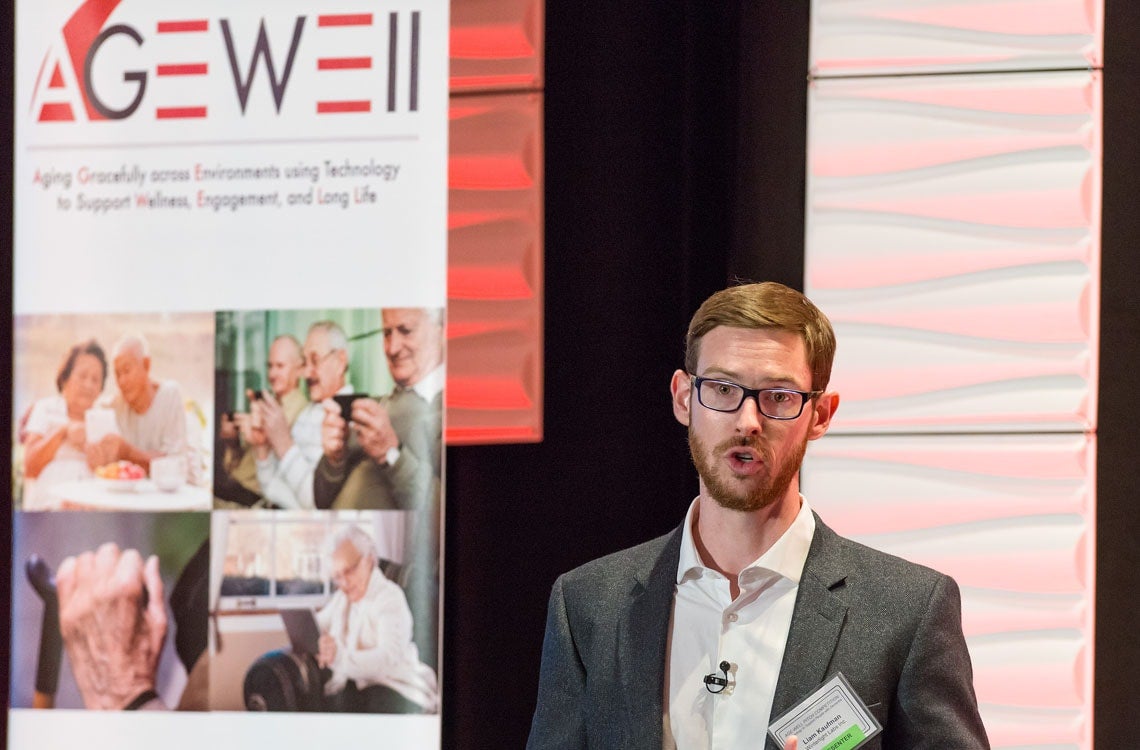 An Alzheimer-detection technology developed by U of T startup company Winterlight Labs has won the AGE-WELL Pitch Competition: Technology to Support People with Dementia, beating competitors from across the country and internationally.

The new tablet-based assessment tool records short samples of a person’s speech as they describe a picture on the screen. It extracts hundreds of variables from the samples, producing results in less than five minutes.

Read more about Katie Fraser and her research

“Speech is a rich source of information on people’s cognitive health,” Kaufman told a panel of expert judges at the AGE-WELL Pitch Competition on July 23 in Toronto. “Because of word-finding difficulties, people with Alzheimer’s disease will tend to pause more between words and the complexity of their vocabulary is reduced, so they will use a word such as ‘car’ instead of ‘SUV’ or ‘sedan.’”

The new technology uses artificial intelligence to analyze about 400 variables, such as pitch, tone, prosody (rhythm), and rate of speech, as well as pauses and choice of words. In the laboratory, the software can reliably identify Alzheimer’s disease, Parkinson’s disease and aphasia with between 85 and 100 percent accuracy.

The Winterlight approach is fast and objective, and improves on time-consuming ‘pencil-and-paper’ neuro-psychological assessments, which can be stressful for people with memory problems, he said.

The researchers are set to begin field tests in assisted living and home care settings, with funding from AGE-WELL. Five organizations which collectively care for more than 100,000 seniors are partnering with Winterlight Labs.

The tool will be used in seniors’ facilities to improve ongoing monitoring of residents’ cognitive health, provide family members with quantifiable updates and help everyone plan when it’s time to transition to a higher level of care, said Kaufman.

Regulatory approval will be sought in Canada and the United States to make the technology available to family doctors and speech-language pathologists.

“The incidence of Alzheimer’s disease and other dementias is growing worldwide, and new technologies like this novel speech-assessment tool present a real opportunity to help people with dementia and those who care for them,” said Alex Mihailidis, AGE-WELL’s scientific director.