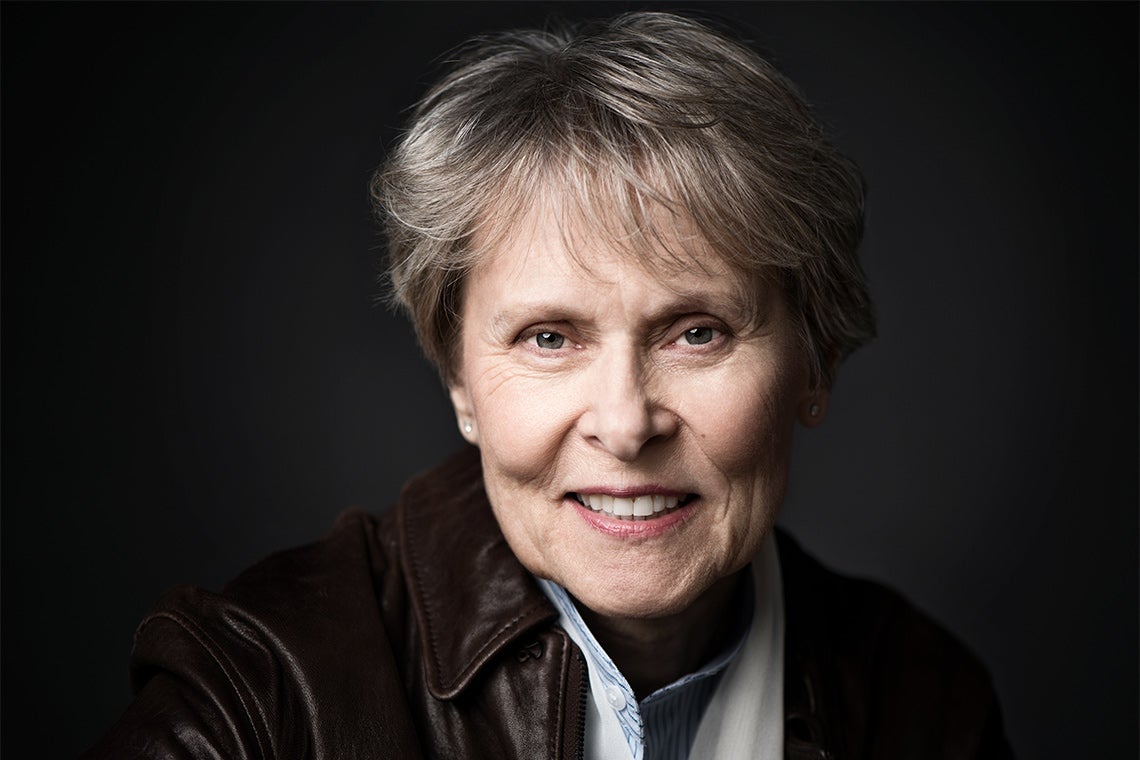 Three decades ago, Roberta Bondar gained a whole new perspective of Earth, one few have an opportunity to experience. Making history as the first female Canadian astronaut, the University of Toronto alumna circled the Earth 129 times during an eight-day mission.

Tomorrow, Jan. 22 – exactly 30 years from the day she blasted off from the Kennedy Space Center, travelling about 17,500 miles per hour (28,000 km/hr) to remain in orbit – Bondar’s historic space flight will be celebrated with a ticketed online event hosted by the Roberta Bondar Foundation.

Bondar earned a PhD in neurobiology at U of T studied under the supervision of Professor Betty Roots at Erindale College (now U of T Mississauga). She helped Roots set up an electron microscope facility at Erindale. Prior to studying at U of T, Bondar earned a bachelor of science degree in zoology and agriculture at the University of Guelph and a master of science in experimental pathology at the University of Western Ontario. She also holds a doctor of medicine from McMaster University.

When she rocketed into space, an Erindale College crest was nestled among the limited personal belongings she was allowed to bring.

One of seven astronauts aboard the Space Shuttle Discovery’s January 1992 mission, Bondar was also the first neurologist in space. The shuttle was outfitted with the Spacelab module and one of the main goals of the mission was to study the effects of microgravity on a variety of organisms. 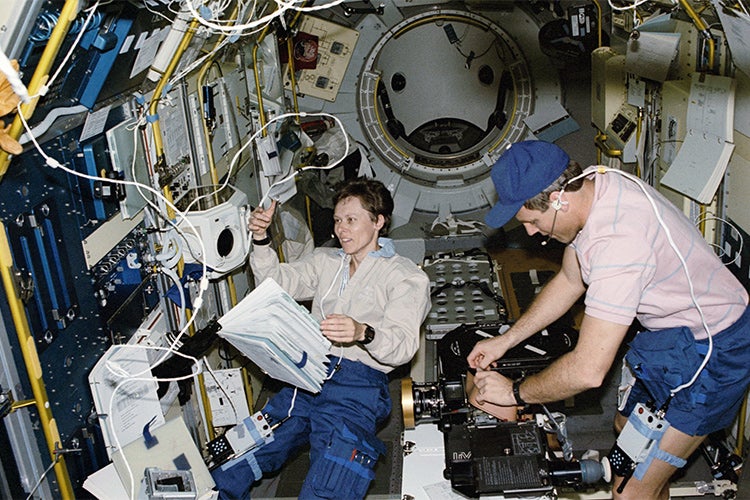 Bondar conducted dozens of experiments for 13 different countries in the first microgravity laboratory, a precursor to the International Space Station. She researched the nervous system, inner ear balancing system, eye functions and blood flow during weightlessness.

Following her groundbreaking mission, Bondar returned to Earth and headed an international research team that partnered with NASA to better understand how human bodies recover from space travel.

The information gathered during the space flight continues to help astronauts survive longer flights. Bondar's journey into space, which led her to see Earth from a whole new vantage point, inspired her to combine medicine, scientific research and knowledge of the environment to build hope for the future of humanity.

“The highlight was seeing Earth,” says Bondar. “It was a unique moment that not only changed the way I understand our planet, but it also helped frame how I view Earth and approach life on it.

“The experience encouraged me to embrace conservation of our natural world and work to protect our home.” 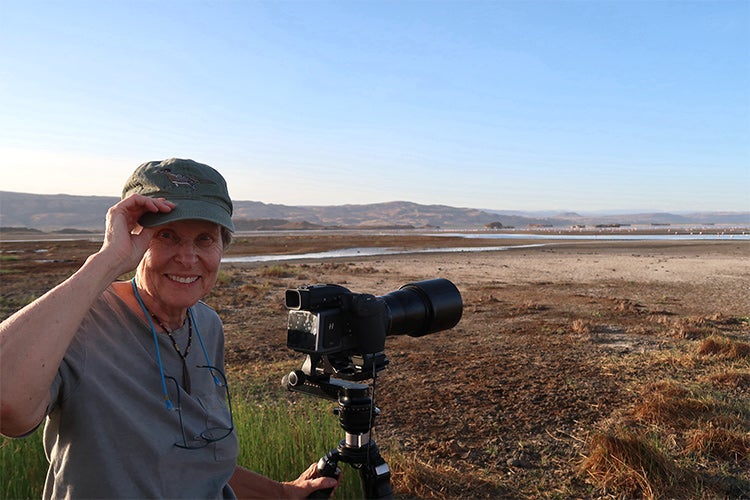 Bondar returned to school to study photography at the Brooks Institute in Santa Barbara, Calif., becoming a dedicated nature photographer. Her pictures have been displayed at the National Gallery of Canada and were published in photo books, including Touching the Earth, which showcases her photos of Earth from space and her thoughts on the environment. She is the author of several bestselling books featuring Canada’s National Parks and other ecologically significant environments.

In 2009, she co-founded the Roberta Bondar Foundation, a not-for-profit charity that aims to inspire interest in the environment through art. Roots, her PhD supervisor at U of T Mississauga, was a founding director. The foundation offers several programs that help cultivate a sense of awe, respect and appreciation for other lifeforms that share our planet.

Bondar continues scientific research on endangered and threatened birds and has designed the Protecting Space for Birds project, which focuses on how natural and human-inspired changes impact the safe passage of migratory birds.

She also continues to connect with U of T Mississauga students. The Roberta Bondar Graduate Student Excellence Award, through the department of biology at U of T Mississauga, recognizes outstanding PhD candidates for their research excellence and contributions to extracurricular activities that enhance community life on the campus.

A pioneer and Canadian icon, Bondar has earned many distinctions during her distinguished career, including Companion of the Order of Canada, the Order of Ontario, the NASA Space Medal, induction into the Canadian Medical Hall of Fame and the International Women’s Forum’s Hall of Fame. She holds numerous honorary doctorates and even has her own star on Canada’s Walk of Fame.