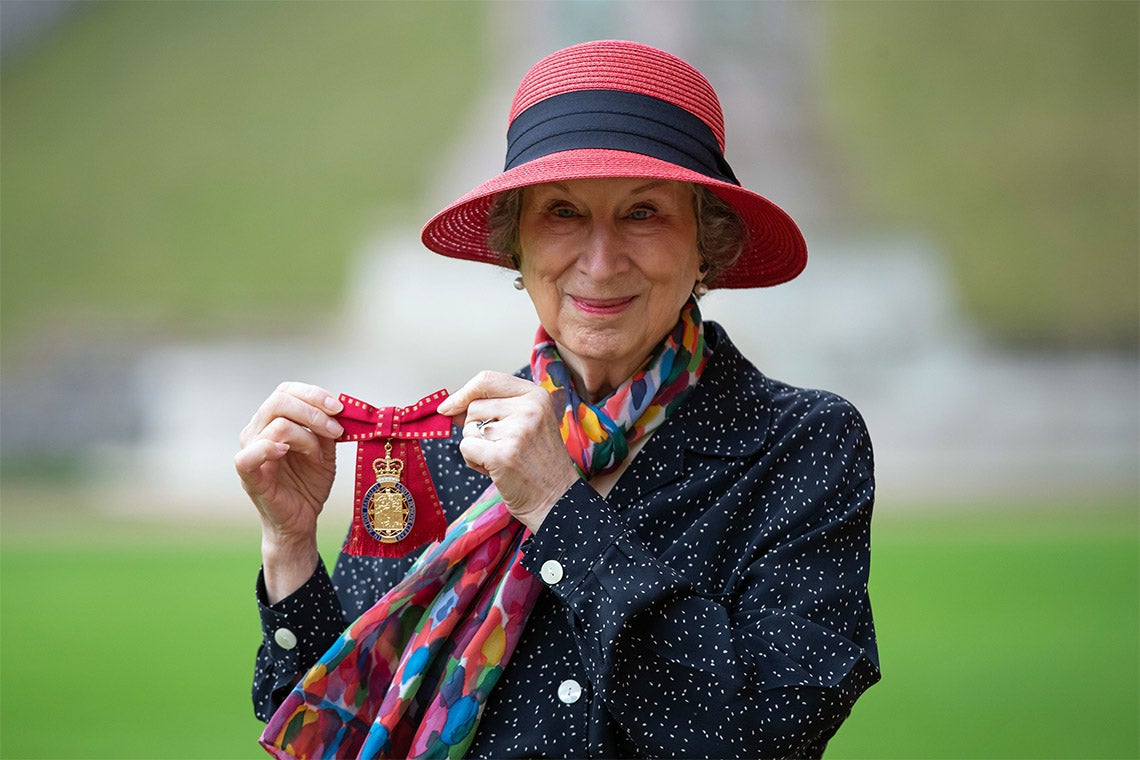 Author Margaret Atwood, who has long-running ties to U of T, received the Companion of Honour for her contributions to literature (photo by Aaron Chown - WPA Pool/Getty Images)

Acclaimed author Margaret Atwood, who graduated from the University of Toronto's Victoria College, has received the Companion of Honour for her major contributions to literature.

Atwood accepted the award and shook hands with Queen Elizabeth on Friday at a ceremony at Windsor Castle, CBC reports.

The Companion of Honour is granted to people who have made a significant impact in the arts, science, medicine or government. There are only 65 companions at any one time. Past recipients include Stephen Hawking and Desmond Tutu.

Atwood graduated from U of T in 1961 and later returned to Victoria College to serve as writer in residence. She has donated over 600 boxes of materials to U of T Libraries, including the first handwritten draft of The Handmaid's Tale.

Read more about Atwood receiving the Companion of Honour on CBC