Canadians should feel proud to be part of Maryam Monsef's story, says U of T prof 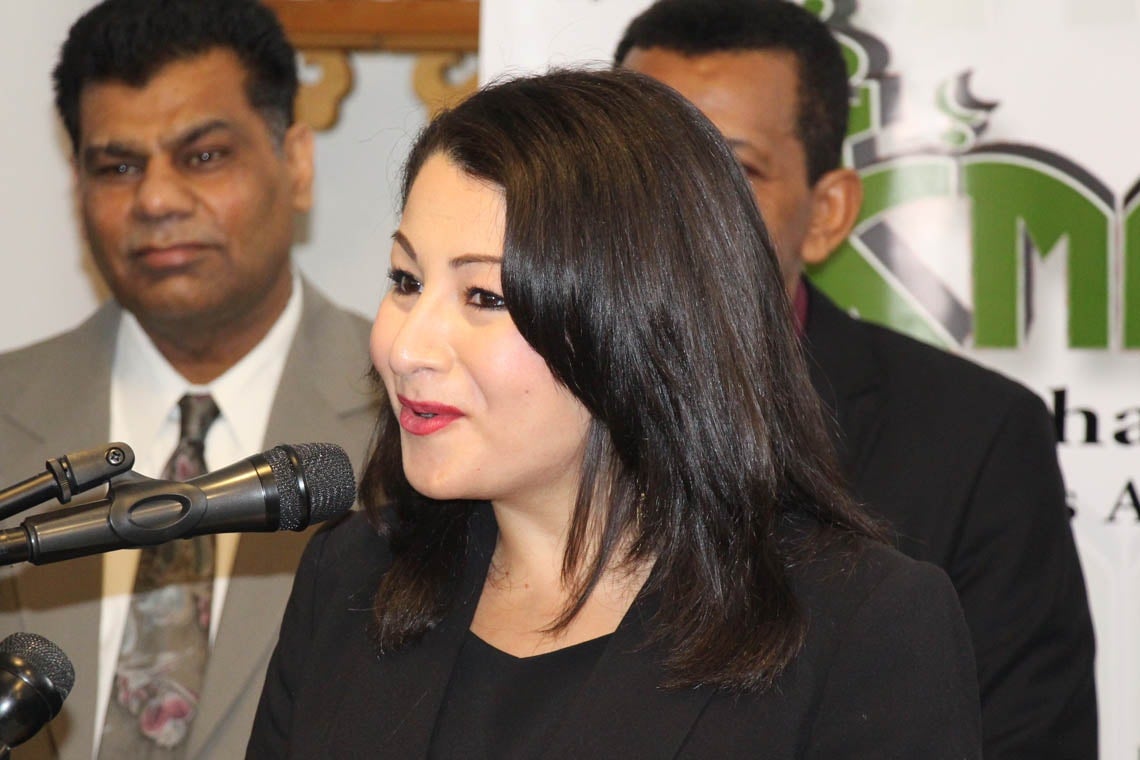 When the Globe and Mail published a story last week that said federal cabinet minister Maryam Monsef was born in Iran, and not Afghanistan as originally thought, the reaction was mixed. Some observers shrugged, others – including Conservative MPs Tony Clement and Michelle Rempel – demanded an investigation, while yet others were indignant at what they saw as mudslinging. U of T News spoke to Aisha Ahmad, an assistant professor in the department of political science, the director of the Islam and Politics Initiative and a senior researcher at the Global Justice Lab at the Munk School of Global Affairs, about the issue.

Is this a controversy? Let me be unequivocal here. Maryam Monsef is an Afghan, a Canadian, a refugee, and a survivor of one of the most brutal civil wars of the modern era. Nothing about her story is even remotely controversial or unusual. In fact, she has lived the most authentic experience of the war.

The war in Afghanistan was so savage and brutal that everyone fled. Absolutely everyone was displaced. Those lucky enough to make it across a border alive found themselves in some of the fiercest refugee camps I've ever seen. At their peak, the camps in Pakistan and Iran housed six million men, women, and children. These camps were rough, crowded, poor, and generally terrifying. The camps were infiltrated by armed groups and heavily militarized, and most families tried to find distant relatives in safer areas just to stave off the violence.

On a personal note, I remember the Jalozai camp in Peshawar in the late 1980s. You cannot begin to describe the desperation. Millions of people were scrambling over the mountains to find safety, and the war followed them across these borders. It was hell. As the war dragged on for years, people became accustomed to running back and forth across these borders, based on how fierce the fighting was in their villages.  All Afghans I know have survived this experience.

The only "controversy" about Maryam Monsef is that her pregnant mother braved the roads to bear her children in a place a few miles away from the heavy shelling and rape gangs. She lost her father. It's a miracle she's alive.

Does her birthplace matter?

I think her birthplace matters to her, but the so-called controversy is being made worse by the fact that there are a few ignorant people out there who are saying she's not a real Afghan. Anyone who thinks that she's not Afghan has no idea what it means to be from a country that has been at war for 37 years. In fact, I'm not even the least bit surprised that she didn't know where she was born. It actually makes her story more real and authentic.

There is also nothing easy about what happened to Monsef. Being a refugee in a neighbouring state means that right after you've managed to escape the heavy shelling and rape gangs, you get to be desperately poor and treated like a second class citizen. Monsef had no status and no power. Iran doesn't consider her Iranian. Pakistan doesn't consider her Pakistani. She's an Afghan. And on the day she was born, she was one of the least powerful Afghans in the world.

What Monsef went through is, quite frankly, the world's worst position to find yourself in. I just returned from the Syrian border where I met with scores of newly arrived refugees who had no papers and no power. There were pregnant women who had just barely made it alive. The idea that a woman in that situation gave birth to a future Canadian cabinet minister is both humbling and inspiring.

How should Canadians react to this news?

If anything, I think that Canadians should feel even more proud of our country for being part of Monsef's story. This is a cabinet minister who has come from what I believe to be the hardest place. Those who are forced to flee are actually weaker than those who have the power to stay. So what does this truly say about both Canada and Minister Monsef? It means that our country is a light unto the world, and our leaders have a deep and profound knowledge and experience of the suffering of the least fortunate. I trust that this makes us stronger, together.

Aisha Ahmad (@ProfAishaAhmad) is an assistant professor in the department of political science, the director of the Islam and Politics Initiative and a senior researcher at the Global Justice Lab at the Munk School of Global Affairs, and a former fellow at the Belfer Center on Science and International Affairs at the Harvard Kennedy School. She has conducted field research in Afghanistan, Pakistan, Somalia, Kenya, Lebanon, and Mali.  Her forthcoming book with Oxford University Press, Jihad & Co.: Black Markets and Islamist Power, explores the relationship between clandestine business and Islamist movements in civil wars across the Muslim world.