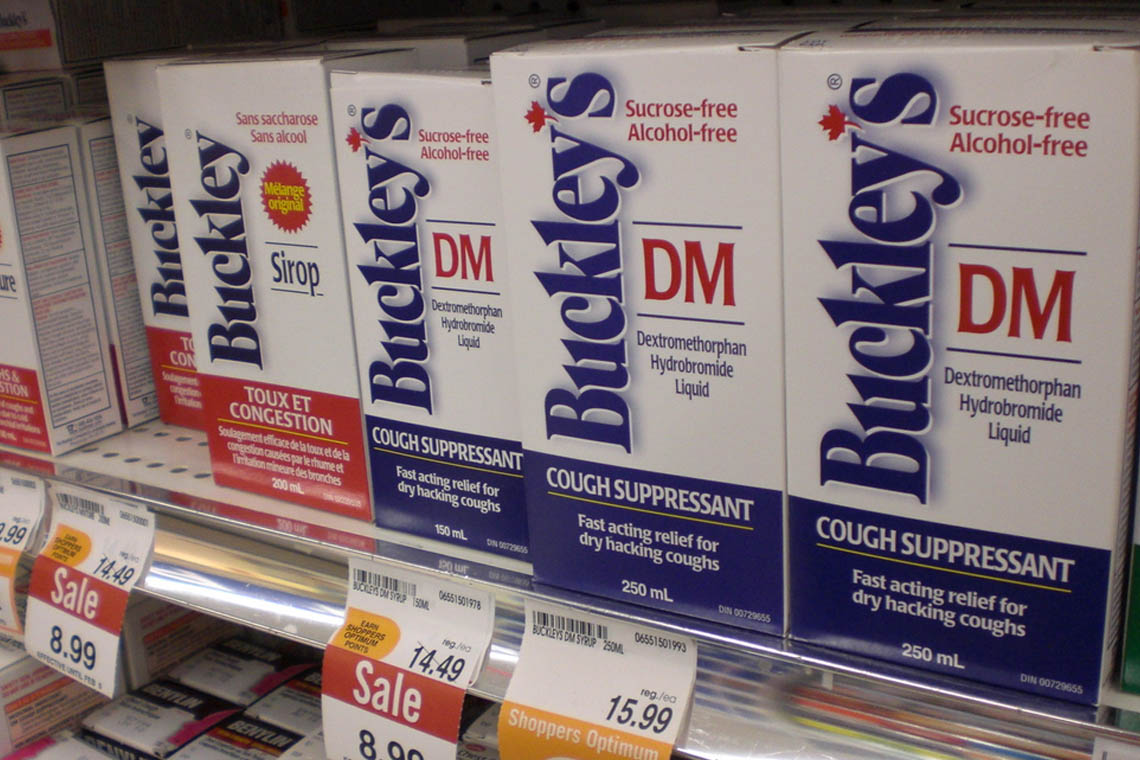 U of T's Entrepreneurship Week runs from March 27-31

Just in time for U of T's Entrepreneurship Week, which runs from March 27-31, here's a list of cool gadgets, devices and concoctions that came from U of T alumni. Pacemakers, the electron microscope and the 56K analog modem are just some of the inventions making the list. 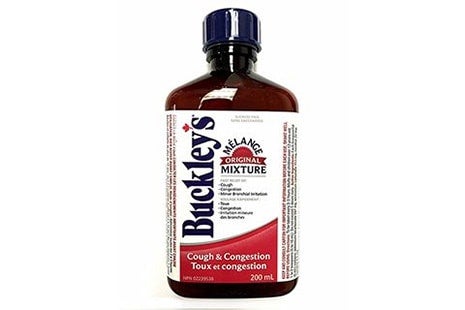 Within a year of the deadly Spanish flu pandemic hitting Toronto in 1918, local pharmacist William Knapp Buckley had responded to customers’ requests for a stronger cough suppressant by making his own – mixing menthol, ammonium carbonate, pine-needle oil and Irish moss extract.

Buckley, who graduated in 1915 from the Ontario College of Pharmacists, an affiliate of the University of Toronto, described the taste of his mixture as “brisk,” but if its longevity is any indication, it works. 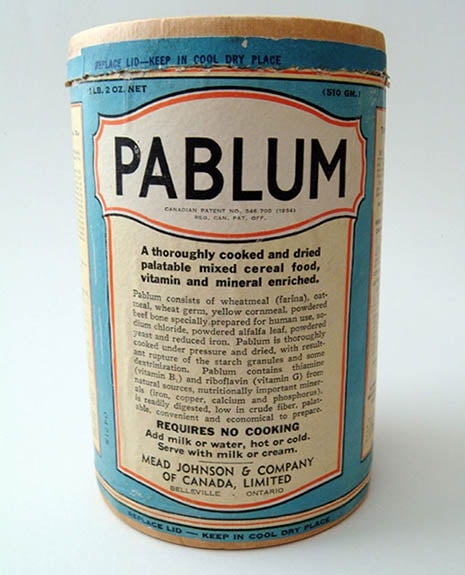 (photo courtesy of The Hospital for Sick Children)

In 1930, with the Depression underway, three pediatricians working out of the Hospital for Sick Children developed Pablum, the first precooked cereal for babies, packed with vitamins and minerals. Dr. Frederick Tisdall, Dr. Theodore Drake and Dr. Alan Brown – all graduates of U of T’s Faculty of Medicine between 1909 and 1916 – designed Pablum to be easy to prepare and without common allergens such as nuts, lactose and eggs.

Not only did the hospital’s mortality rates of patients suffering from nutritional deficiencies fall dramatically after it was introduced, but royalties from the patent helped support research at the hospital for years. 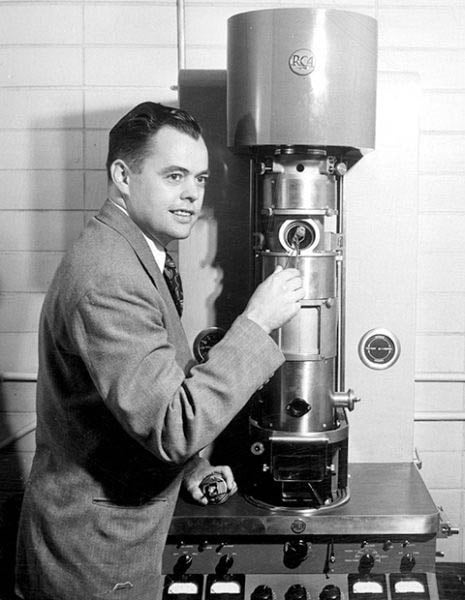 The first electron microscope in North America was built by two U of T PhD students, James Hillier and Albert Prebus, in 1938 under the supervision of physics professor E.F. Burton. By focusing a beam of electrons on objects instead of using light, which had larger wavelengths, Hillier and Prebus were able to build a working microscope that was 3.5 times more powerful than traditional microscopes.

Over time, they refined their design to be 100 times more powerful than even today’s optical microscopes. 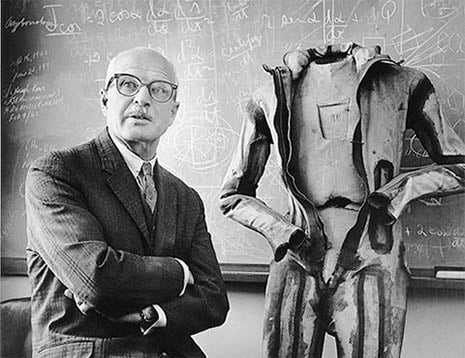 Wilbur Franks and the G-suit (University of Toronto Archives)

Franks had been researching the problem of fighter pilots passing out during high-speed exercises, and came up with the idea of creating a suit with a water-filled layer that would press on the pilot’s legs and abdomen to keep the blood circulating from the heart to the brain. Franks’ Flying Suit was used successfully in combat in November 1942. 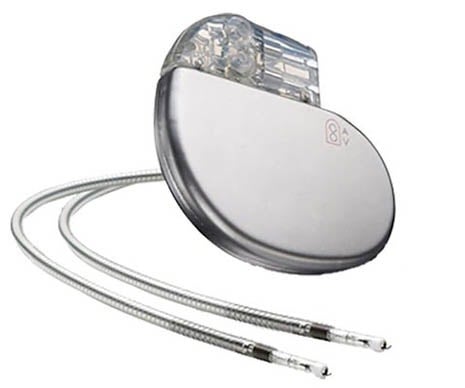 In the 1940s, while studying the use of low temperatures to slow heart rates during open-heart surgery, U of T physicians Dr. Wilfred G. Bigelow and Dr. John C. Callaghan observed that pulses from an electrical probe could be used to restart a stopped heart.

The researchers worked with John A. Hopps, an engineer with the National Research Council of Canada, to create an external device that would send electrical pulses to the heart. Over time, internal pacemakers were developed, and in 1984, doctors implanted one into Hopps himself. 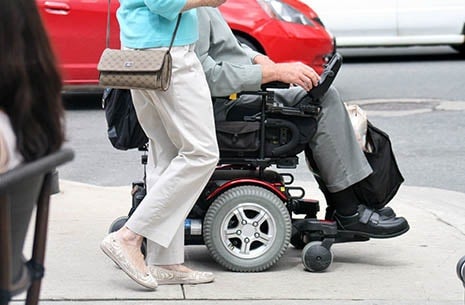 George J. Klein, a scientist who invented the first microsurgical staple gun and the Weasel all-terrain vehicle, is best known for developing the first electric wheelchair, in 1953.

His work helped improve the quality of life for Second World War veterans and kick-started the rehabilitation engineering field. 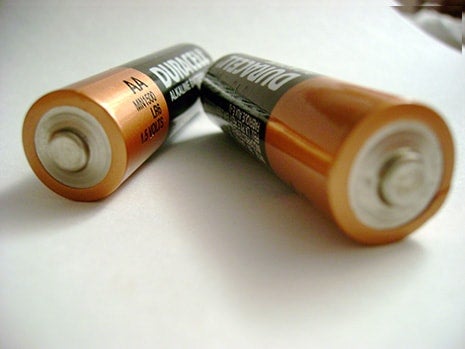 In 1955, in a bid to improve sales, Canadian National Carbon Co. asked chemical engineer Lewis Urry to extend the lifespan of its zinc-carbon Eveready battery.

Rather than simply refine the existing version, Urry experimented with a brand new material. He used powdered zinc instead of solid zinc as the anode and manganese dioxide as the cathode, along with an alkaline electrolyte. The result, which Urry patented in 1959, was an alkaline battery that lasted a lot longer than regular batteries and cost less. Urry is also credited with the invention of the lithium battery. 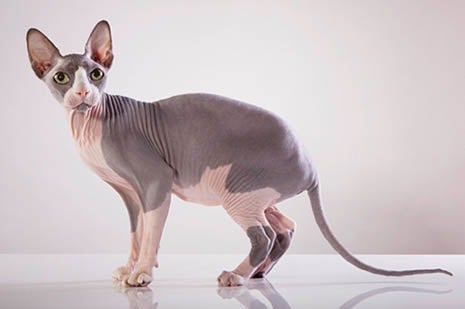 When U of T science student Riyadh Bawa heard about a kitten in Toronto that had been born hairless, he purchased the kitten and its mother and mated the two (called “backcrossing”) in 1966.

He then mated the resulting male offspring with American shorthair females. The result was what became known as the Canadian Sphynx – a pet that’s often preferred by allergy sufferers. 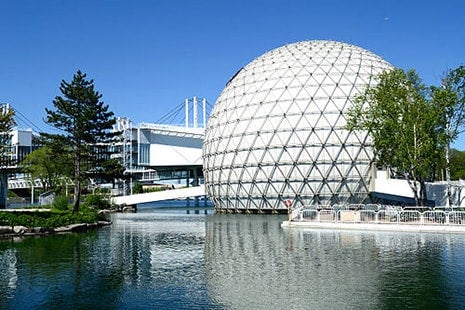 The giant-screen movie format that the Ontario Place cinesphere helped make famous was developed by U of T alumni Graeme Ferguson – himself a filmmaker – and William Shaw, along with filmmaker Roman Kroitor and businessman Robert Kerr.

Ferguson made his first films as a student at U of T and would go on to create North of Superior, the most widely seen Canadian IMAX film. It was shown at the debut of the Cinesphere theatre at Ontario Place in Toronto in May 1971, 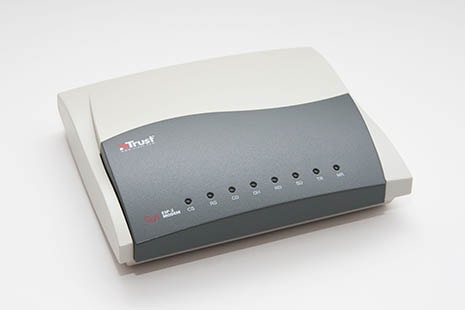 Brent Townshend was working on a system for downloading music – a kind of precursor to Napster – in the early 1990s, when the fastest modem speeds maxed out at 33.6 kilobits per second.

He knew for his project to succeed, he’d need faster download speeds. His breakthrough, in 1993, was to use digital links to connect servers with the phone network, which eliminated time-consuming analog-to-digital conversions in the download direction (uploads still required these conversions). He patented the technology, and then licensed it for millions of devices.