What Black Panther meant to me: Paula Smellie 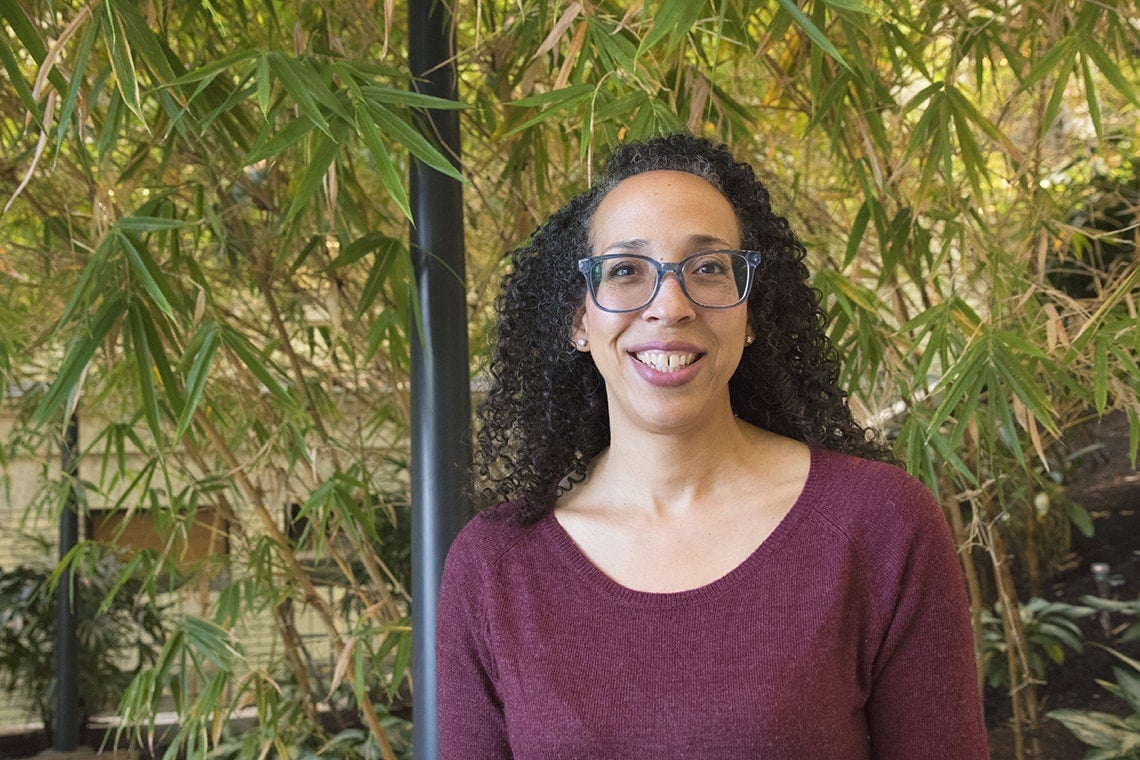 Following a call-out for responses from readers in the Bulletin Brief, Paula Smellie, business manager at the department of physiology at the Faculty of Arts & Science, wrote about her thoughts and impressions on Black Panther. Her response is below.

Growing up in the 70s and 80s, most of the Black people I saw in television shows and movies were poor and oppressed, savage or criminals, and (often) silly.  They very rarely had leading roles and women, in particular, were often portrayed as prostitutes or single moms or housekeepers. It was rare to see black women represented as beautiful, desirable, and successful.   I remember playing “house” as a child with my sister or friends, pretending to be a grown up with a family.

In those playtimes, my sister and I wore towels over our heads to represent the long straight hair that was fashionable among white women in those days (thank-you Cher!) and we literally pretended to be white. It was as if a in our minds, real people (people who mattered, people who had voices and futures) were white. We didn’t consciously think that, but we were living it out even in how we played.

One of the first shows to really (and radically!) move away from the negative portrayal of Black people in television was the Cosby Show, but the negative representations still dominated the entertainment world. One of my favourite actors of all time is Sidney Poitier because he was a Black man in Hollywood who completely broke the mold of what a black man on screen could be and do. When I saw him in movies like Heat of the Night, To Sir, With Love, Lilies of the Field and A Patch of Blue, my heart bloomed with pride (and still does).  His character portrayals reminded me more of my father and uncles than the other Black men I saw on TV.

So, coming from that background, I eagerly awaited the release of Black Panther and not in the way I have anticipated other Marvel blockbusters. A huge part of the draw for me was simply the prospect of seeing a giant screen filled with beautiful, powerful, dignified Black people. To see Black people on screen looking amazing and proud without the usual unnatural embellishments of perms, relaxers, skin brighteners, and plastic surgery was a thing of great wonder to me. I am not saying that relaxed hair (been there!) or even plastic surgery are bad or wrong, but it was just wonderful to see natural black beauty highlighted and accepted, rather than hidden, which is what I always felt I needed to do as a child and teenager.

It was amazing to watch the film with my daughter and see her reaction as well.  Even at the young age of nine, she had such a great appreciation for what she saw on screen.  It was powerful.  And for my sons to see themselves represented not as criminals, gang-bangers, drug addicts, or athletes was refreshing. The idea that this massive and diverse population of movie-goers shared in this amazing experience, witnessing Black people in this wonderful light, made me very happy.  This was not just a Black experience, but I believe it was an important and refreshing experience shared together by everyone.