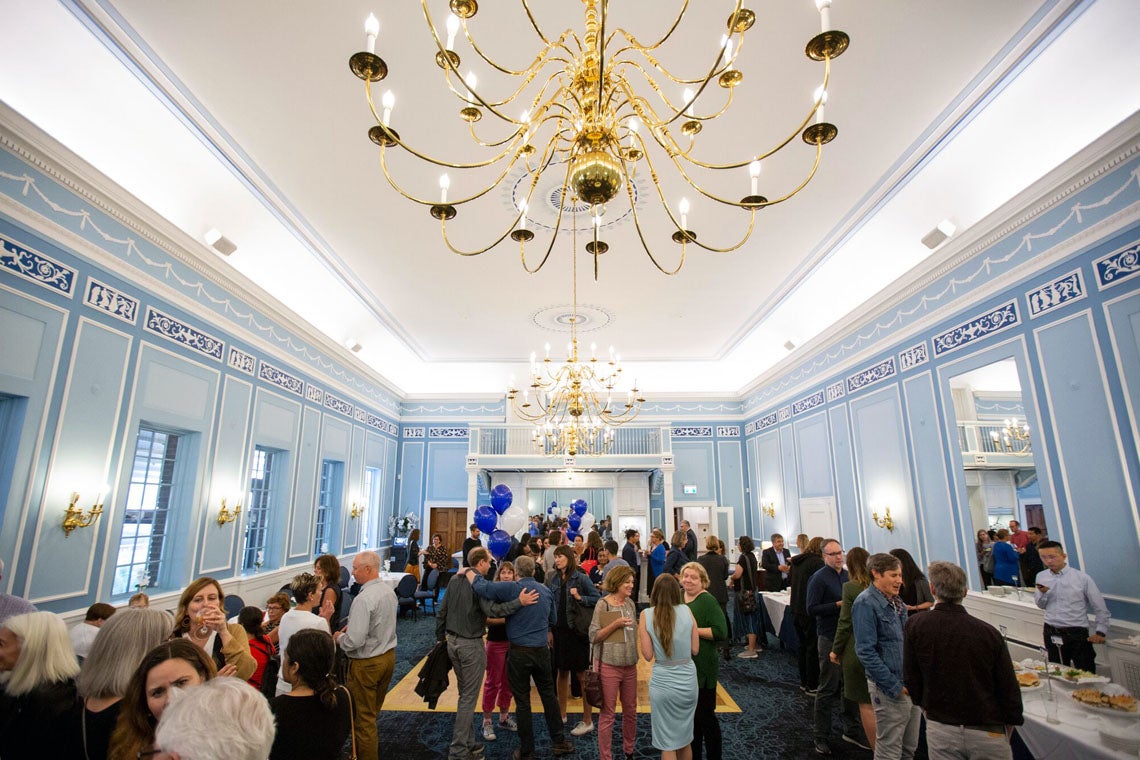 The Faculty Club at the University of Toronto has played an important role over the years – but not just for faculty.

For two young opera students from the Faculty of Music, it was where they met and fell in love – and where they held their wedding, singing to their guests from a balcony in the ballroom.

For Chef Harold Ramos, it’s where he encountered his first – and second – ghost.

For Tuan Vuong, who runs the dining room and house, it’s where he has worked for 37 years, beginning as a dishwasher when he first arrived in Canada from Vietnam. In the early years, he lived in one of the upstairs rooms, guarding a precious pile of Group of Seven paintings under his bed, while renovations were underway downstairs.

The Faculty Club holds the stories of thousands of alumni, staff and community members – as well as faculty, says General Manager Leanne Pepper.

“It’s a home away from home for so many people,” Pepper says. “In many ways it’s also a hidden gem – but we want everyone to discover it.”

Tucked away on a quiet block of Willcocks Street in the heart of the downtown Toronto campus, the Georgian revival building has been undergoing painstaking renovations for months. The interior scaffolding is gone and the once-faded dining room has been transformed into a dazzling Wedgwood ballroom, its intricate plaster mouldings hand-painted in bright whites and blues.

Whether you’re already a member – or you decide to join in time for the “grand unveiling” on Sept. 25 – here are seven secrets you should know about the Faculty Club:

Not just for faculty 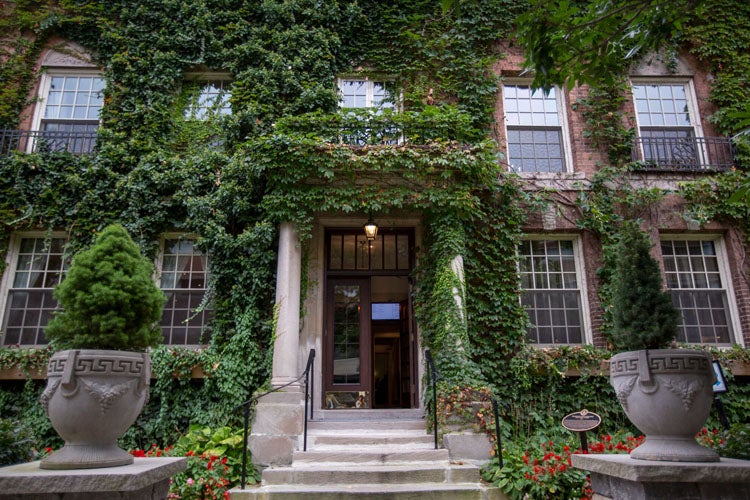 Despite its name, the club is open to staff, faculty, grad students, alumni and community members. This isn’t technically a secret – they’re working hard to get the word out.

In recent years, many former ‘faculty clubs’ across North America have opened their doors to non-faculty members and adopted more inclusive names like University Club to encourage others to join. Pepper says no name change is in the works here (and in Toronto the University Club name is already taken) but the club welcomes staff from across the three campuses. And once you’re in, you never know who you’ll met: Sir Peter Ustinov, Sir Edward Heath, and astronaut Chris Hadfield are just a few of the boldface names who’ve visited. Find out how you can join.

Breaking down walls long before the renovation 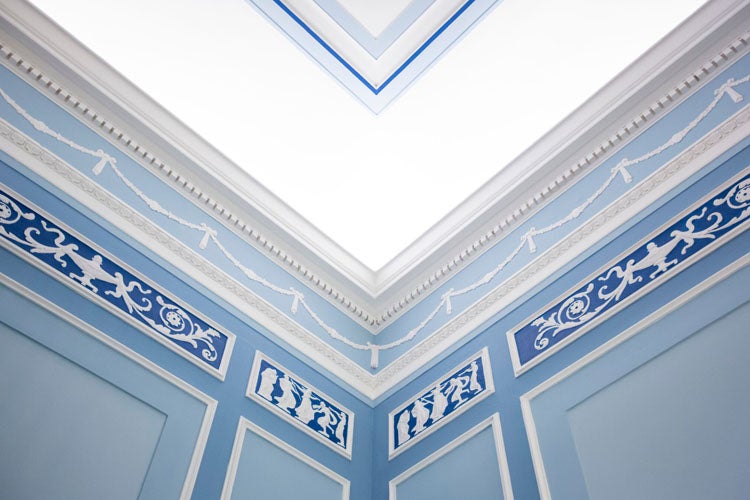 Inclusivity at the Faculty Club goes back a long way. Until 1960, U of T hosted men’s and women’s clubs in separate locations. But all that changed when artist and U of T Professor Barker Fairley and his wife, activist Margaret Fairley, offered the club a spectacular collection of Group of Seven art on the condition that men and women both be welcomed on the premises.

You can see the paintings today in the Fairley Lounge: works by Lawren Harris, A.J. Casson, J.E.H. Macdonald and more. Over the years, the club’s art collection has grown – the happy legacy of a dark chapter in the club’s past.

Years ago, daring thieves made off with some of the Group of Seven works donated by the Fairleys. Luckily, insurance covered the loss and the club acquired new paintings. But when the original paintings were eventually recovered, the club found itself suddenly owning a lot of art – and owing the insurance company a lot of money.

Members rallied to raise the funds to repay the insurance company, allowing the club to keep all the art.

Hosting your party – big or small 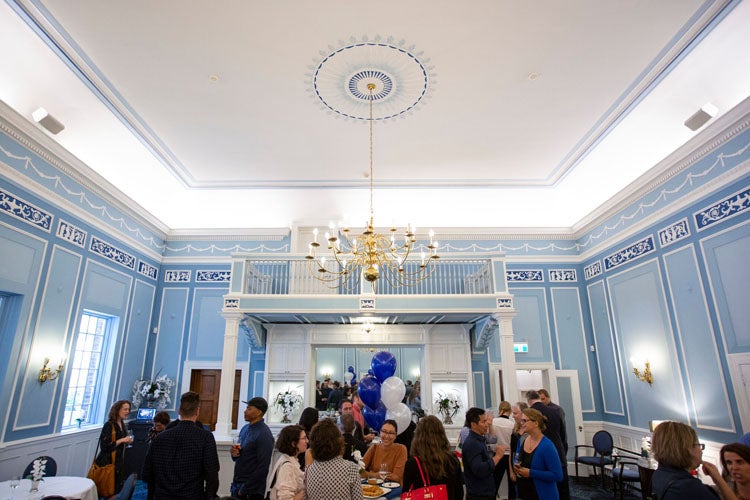 Weddings, bar mitzvahs, bat mitzvahs, anniversaries, retirement parties, memorial gatherings – the Faculty Club hosts them all. Pepper says the opera singers’ wedding, some 15 years ago, went off without a hitch, but not every event is drama-free. One frantic bride called the club from the steps of the church, desperate to find her missing groom.

The club confirmed he was already there – he'd headed straight to the reception after the ceremony with the best man, leaving his new wife behind.

“Let’s just say there was a bit of a gap between them at the head table,” Pepper says.

Knowing which fork to use 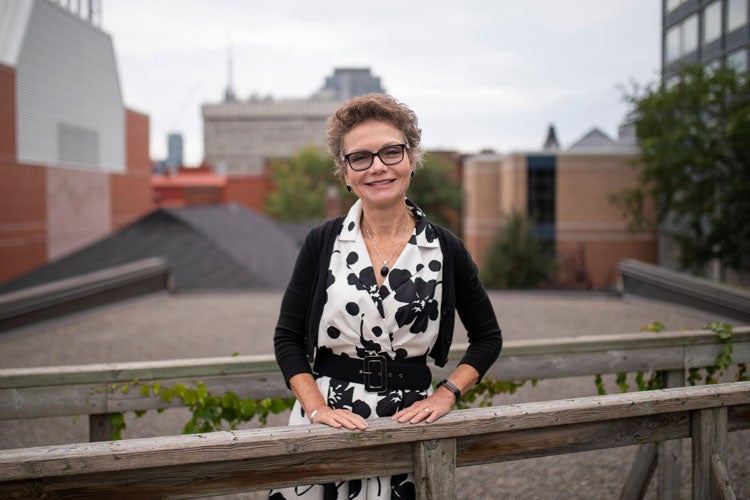 Worried about how to behave at your shindig – or at your first business meeting or interview? Pepper (pictured above) is a certified etiquette and protocol coach and has held workshops for hundreds of faculty and students over the years. Back in 2015, at the club’s annual holiday buffet, she was approached by a young alumnus, who thanked her for helping him become the youngest professor at his university.

The recruitment process had included a reception and formal dinner – and the alumnus said he used what he learned in her etiquette seminars to make a good impression.

“After offering him the position, his new employers confided that they had been hesitant to hire him at first, given how young he was,” Pepper says. “Only after interacting with him during the reception and dinner did they know that he was the perfect person for the job. They had been able to witness first-hand how mature, respectful, and professional he was.”

That buzzing sound coming from the roof 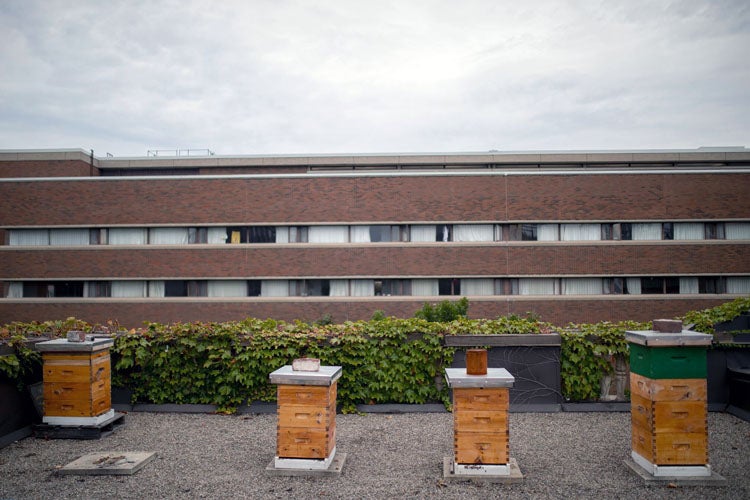 There are bees, bees and more bees living happily on the roof of the Faculty Club. Why are they happy? For starters, they have easy access to a rooftop garden, installed by students from the Dig In student group. Also, they’re maintained by the charming volunteers of U of T BEES.

Their honey is said to be among the university’s finest. It will be for sale at the reception Sept. 25 – and appearing in dishes created by Chef Ramos this fall. 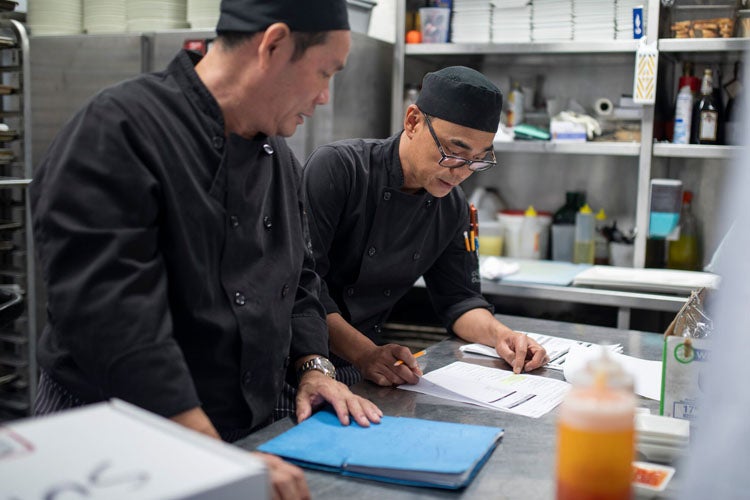 Chef Ramos says he has encountered two ghosts during his years at the club. The first, about 15 years ago, was a cranky older man who tossed potatoes at him in the cellar. Ramos admits he was cursing to himself before it happened – it was a busy night in the dining room and things had gone awry in the kitchen. He believes the ghost was protesting the noise Ramos was making that night.

Although he didn’t actually see that ghost, Ramos says he felt his presence – and he definitely saw the potatoes tumbling along the hall.

“There was no one else down there except me,” Ramos says.

Ramos first saw the second ghost about seven or eight years ago. This time the encounter took place in the hallway upstairs. The chef describes an older woman in a white dress, who kept her face turned away as she walked into the main lounge.

“At first I thought she was a guest, and I followed her to see if she needed anything,” Ramos says. But when he reached the lounge it was empty. The woman in white had disappeared.

The era to which each ghost belongs is unclear. The club is located on land granted to William Willcocks in the early 1790s and a succession of wealthy families inhabited premises there during the 1800s – but from 1919 until 1959 it was the site of the Primrose Club, a private club for the Jewish community. (Originally open to men only, the club later admitted women, who used a separate entrance.)

The woman in white is wearing a cocktail-length dress, Ramos says. He’s seen her a few more times since that first encounter, but now he doesn’t try to engage her in conversation. In fact, he gives her as much warning as possible of his presence.

“If I’m the first one into the club in the morning, and it’s quiet and dark, I start singing as soon as I turn the key.” 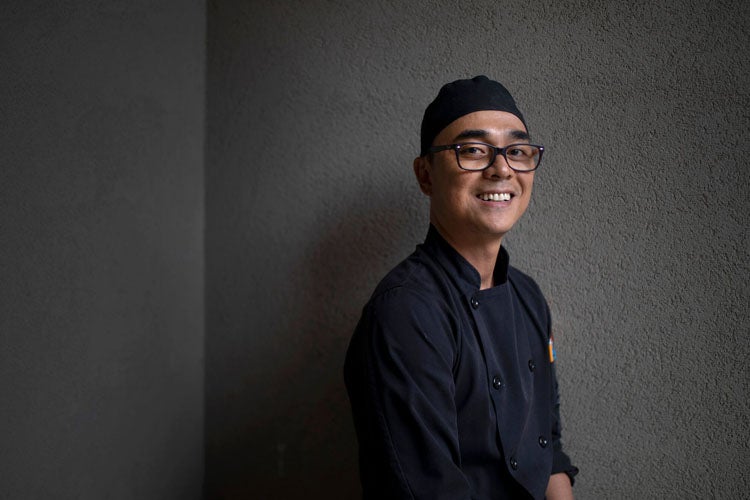