Youth engagement is the key to understanding China, says U of T’s Lynette Ong 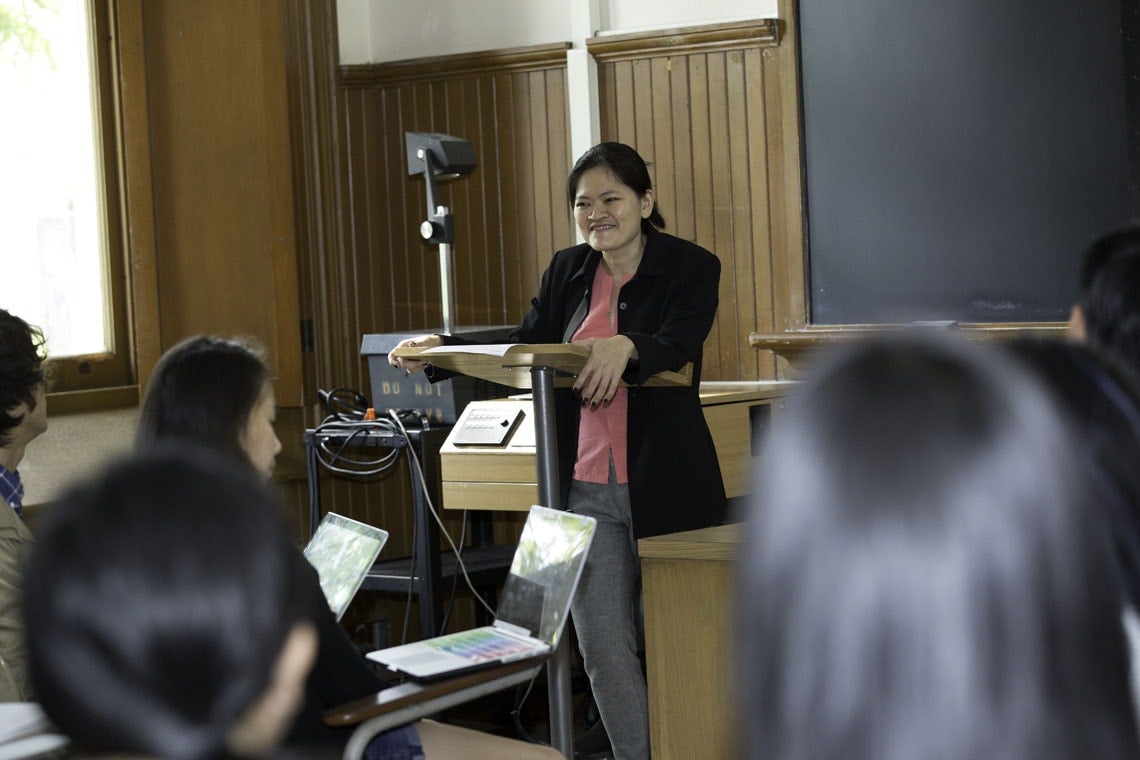 It’s the world’s most populous state with more than 1.38 billion inhabitants, and the second largest country geographically. It’s history dates back thousands of years. It’s an economic powerhouse – the largest exporter of goods and the world’s fastest growing economy. It also has the world’s largest standing army. And almost 9,000 of its best and brightest young people are studying at the University of Toronto.

But Canadians are largely uninformed about China, says U of T political science professor Lynette Ong.

“Canada lags behind countries such as Australia, New Zealand, and even the United States in our basic China literacy,” she wrote in the Hill Times recently.

Ong, who is the acting director of the Dr. David Chu Program in Contemporary Asian Studies at U of T’s Munk School of Global Affairs, believes the best way to improve our basic China literacy is through youth engagement. U of T News global affairs reporter Terry Lavender spoke with her about her ideas.

What is the scope of the problem?

Our China literacy is very low, despite our changing demography. One problem is that the percentage of Canadians going abroad to study is very low. Even though 97 percent of higher education institutions in Canada offer a study abroad program, only 3.1 percent of students actually go abroad. Students should learn not only in the classroom. They also need to broaden their horizons, in order to improve the international experience and understanding of our students.

The initiative I’m proposing is youth engagement. What young people learn in their first overseas experience often stays with them for the rest of their lives, and they continue to shape their life and career choices. That applies to both Canadian and Chinese youth. It is much easier to increase China literacy or improve relations by making Canadian youth aware of China, compared to formal policies such as increasing spending on language or pounding hard on China about human rights.

Youth engagement can take several forms, one of which is what Australia has done. In 2008, students at the Australian National University started an association called the Australia-China Youth Association. They organized activities to bring together youth below 35-years-old from Australia, as well as from China into youth leadership dialogues. I think this is something that we could potentially emulate. Just bringing youth together to talk about things that matter to them.

Are there any other examples besides Australia?

When you talk about youth, what ages are you envisioning?

Anyone in university. If you want to broaden the program, I think we could target people below 35-years-old.

What about high school students?

I think at the beginning we should just target university students because if you bring in secondary school students it involves a different set of dynamics. They’re not as independent. They need more handholding. I think the funding structure would also be different. The outreach program would also look different.

How would you go about developing a Canada-China youth initiative?

I’ve been teaching Chinese politics at U of T for the past 10 years. I have a small network of former students who have gone to China to work and did language courses. Some of them have settled down there. Now I constantly have students wanting to go to China to do the same thing so I take advantage of my very small network and try to put my existing students in touch with my former students because I think that they can help teach other – give each other tips. We could broaden this to a national scale. We could set up a mentorship program to get Canadians who are currently working in China to provide guidance and career tips for those who would like do the same.

What other ways are there to get Canadian students more interested in studying in China?

It starts with them taking a course about China. They may have some Chinese friends on campus and that sparks their interest and they get curious and want to see more of that country. So I would think organizing more China-related events, cultural events, would help. Offering more China-related courses would also help to improve understanding.

There’s a perception that Chinese education, even at the post-secondary level, is based on rote learning while Canadian education is more oriented toward critical thinking.

That is true, because Chinese educational culture tends to reward reproduction of material rather than creativity. But a lot of people are trying to think outside the box in China, but they’re not sure how to go about doing that. It’s a rapidly changing society. People are trying to understand and do things in a different way, but they’re also tied down by existing norms.

Many Canadians are against engaging with China for human rights reasons. Do you agree with this?

Human rights are important to me, but I don’t think pounding hard on China is the most effective way to improving human rights in China. No one likes to be told what to do. And, Canada is a small country compared to China. I think we could get a lot more mileage by improving people exchanges, and getting them to understand our values. These softer and gentler approaches will get us further.