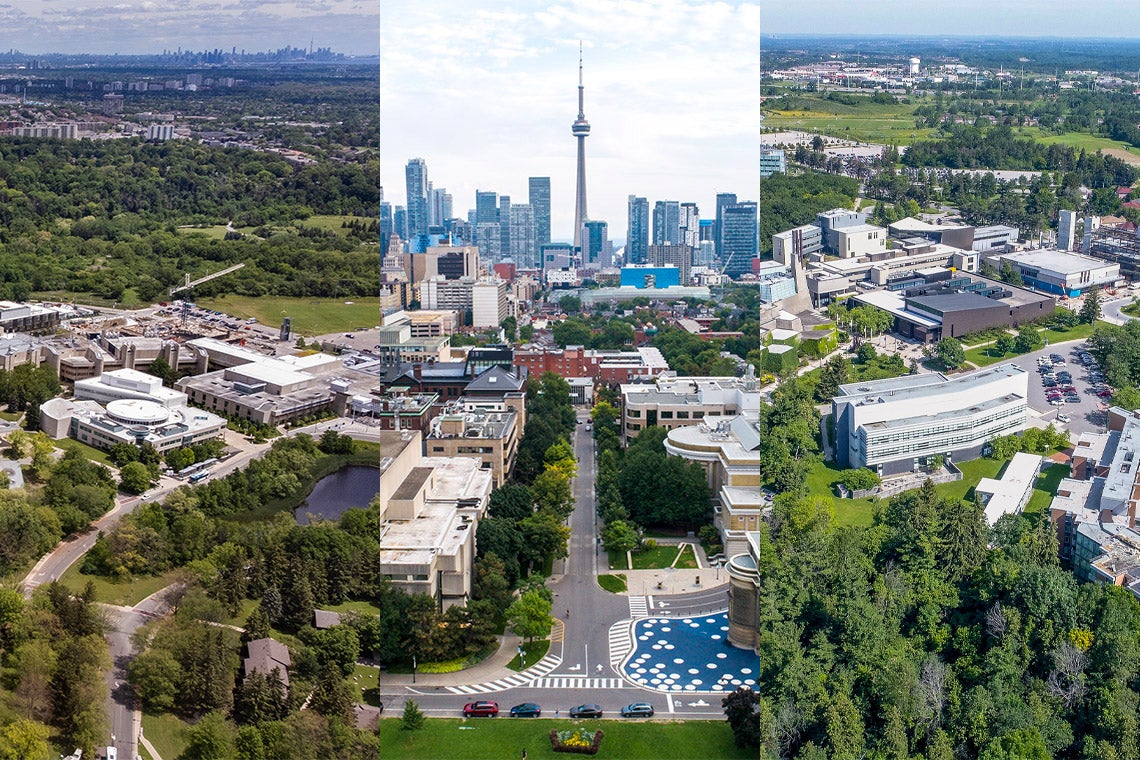 The University of Toronto is home to more than 20,00 students from around the world who live, work and study across its three campuses

Like many international students, Dhanya Dass finds it easy to talk about how she has benefited from studying at the University of Toronto. “U of T has given me so much,” says the third-year U of T Mississauga student – “new opportunities, new friends and a new creative outlet.”

What’s sometimes left unsaid is how the university community also gains from the presence of more than 20,000 other students from around the world who, like Dass, live, work and study across the three campuses.

Joseph Wong, U of T’s vice president, international, says students from more than 160 countries give their domestic counterparts the opportunity to learn alongside peers who often have direct knowledge of the material being studied.

“It’s one thing to read about nationalist movements in Europe or South Asia,” he notes. “It’s an entirely different learning experience when you can talk to – and learn from – your peers who are from these regions.”

This advantage extends beyond the classroom into co-curricular experiences and conversations in residence, he says, adding up to an immeasurable impact on life at the university. “All U of T students gain a tremendous opportunity not only to be prepared academically for the world of work but also to be prepared socially and culturally for the literal ‘world of work,’” he says.

Global diversity at U of T also promotes excellence that reaches far beyond the walls of the university, Wong says. “What an incredible privilege to have a global talent pool from which to draw, the very best, most creative and most impactful young leaders of the future to Toronto and Canada.”

University of Toronto Magazine spoke recently with Dass, a fourth-year student in economics and sociology at U of T Mississauga, and with recent grad Zarina Mamadbekova about their experiences at U of T and how they feel they contributed to the university’s global outlook. 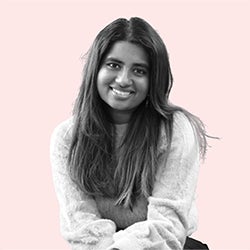 What was your first impression of Canada?

I actually didn’t know what Canada was like before coming here. People in Malaysia don’t talk about Canada, except that it’s super cold. But after my arrival, I realized how much it felt like home. I could see people just like me all around me. There was a really welcoming vibe.

Why did you choose U of T?

I came here partly because Toronto is the at the centre of the performing arts world in Canada. And I knew U of T has an extensive network, which would enable me to build connections.

How was your first year away from Malaysia?

Challenging – but rewarding because of that. I didn’t know where I was going to end up. I had juggled academics and the performing arts my whole life – and both were crucial to my happiness. But I struggled to find a new creative outlet at U of T Mississauga. What kept me strong was the friendships I developed. The friends I made are like family to me now.

Did being in residence help?

I owe a lot to my residence experience. It played a huge part in my life and provided me with that circle of friends. In second year, I became a residence community ambassador because I wanted to be part of the support system for first-year students.

Did you get the chance to talk to your fellow students about Malaysian culture?

Yes, I had roommates from India, Zimbabwe and Canada. One thing people find hard to grasp is I’m ethnically Indian but from Malaysia. I don’t say I’m Indian because I’ve never been to India. We practise some of the same traditions but I come from a very different culture overall. I am proud of my Indian heritage and proud to be Malaysian. I think it helps for people to understand these nuances. We may share the same skin tone but our culture can be completely different. For my part, it’s interesting to hear someone who grew up in Zimbabwe talk about how her experience as a Black person there is different from her experience as a Black person in Canada.

You worked for a Hart House Theatre show as an assistant director. Why was that meaningful for you?

I finally found my creative outlet! For a while, I would come home at midnight or 1 a.m. almost every day and have to get to 9 a.m. classes the following morning. I did it because it’s my passion. I need to be around creative people. And I was appreciative of how much effort Hart House Theatre puts into recognizing that each individual has something unique to contribute.

I applied for the program thinking I would help with staging and promoting shows, but because of COVID, everything went online. I organized virtual workshops. One of my proudest moments was conducting a workshop with the musical director of Hamilton. We also staged an interactive theatrical piece about the rise of domestic violence during the pandemic. Participants were able to stop play at any time and propose alternate ways to navigate the situation.

What’s next for you?

I’d like to combine my studies in behavioural economics with my interest in inclusivity and my passion for the arts. I feel that engaging with the performing arts gives me a chance to be more self-aware and confident. At the same time, I love data and I'm not afraid to say it. I like to jump from one field to the other. 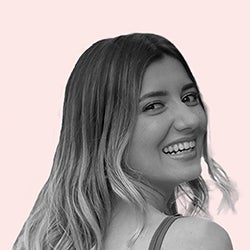 You studied political science. How did your international peers contribute to your learning experience?

In third year, I took South Asian politics. Most of the students were from Pakistan, Bangladesh and India. I did my readings, but I learned so much in that class because the discussions were so enriching. My classmates had firsthand knowledge of what we were studying and were very opinionated, especially on the partition of India. All the experiences and stories they shared were very relevant. It made the whole experience so real, and I realized what a blessing it was to be part of such a diverse class. My own opinion of the political situation in South Asia, a place that was foreign to me, came from discussions in that class.

The professor must have encouraged students to participate in class.

There were only about 25 people in that lecture, and he got us to talk. He understood that although many of the students were South Asian, some were not, and he would make sure to encourage those of us who were not to speak our opinions, too. It was one of the first times I understood why it’s so important to be in the presence of students who had experienced the reality of what we were studying. It made me feel like I was part of that place.

Were you able to share aspects of your culture with your classmates?

I realized quickly that most people know almost nothing about Tajikistan. Every person I met had questions. I felt like I was putting Tajikistan on the radar for them. During a cultural event at U of T Mississauga, I represented Pamir, the region where I’m from. And I gave some short presentations about Pamir in class – about the people, the food, the traditions and religious practices – that seemed to have an impact.

You were also part of a small, first-year seminar on global justice as part of the UTM One Scholars program. What was that like?

We talked about social, religious and political issues on a global scale. There was a lot of disagreement in that class. One of the biggest topics was cultural appropriation and cultural appreciation – and what these terms mean. I learned that different communities think about these issues in very different ways.

Are you still in touch with classmates from different countries?

Yes! One is from California; another is Spanish but lives in the Philippines; another is from B.C. I love travelling, and now, when I do, I’ll have a second home in many places.

Your work at U of T Mississauga relates to international students. How so?

I’ve been helping to develop a new program called the Global Living, Learning Community. First-year students from different countries, including Canada, will live together in residence. It’s one thing to talk about global citizenship, but it is something else to live in a community with people from so many different cultures. International issues will come up in daily life – and so will disagreements. They’ll have to figure out how to get past them.