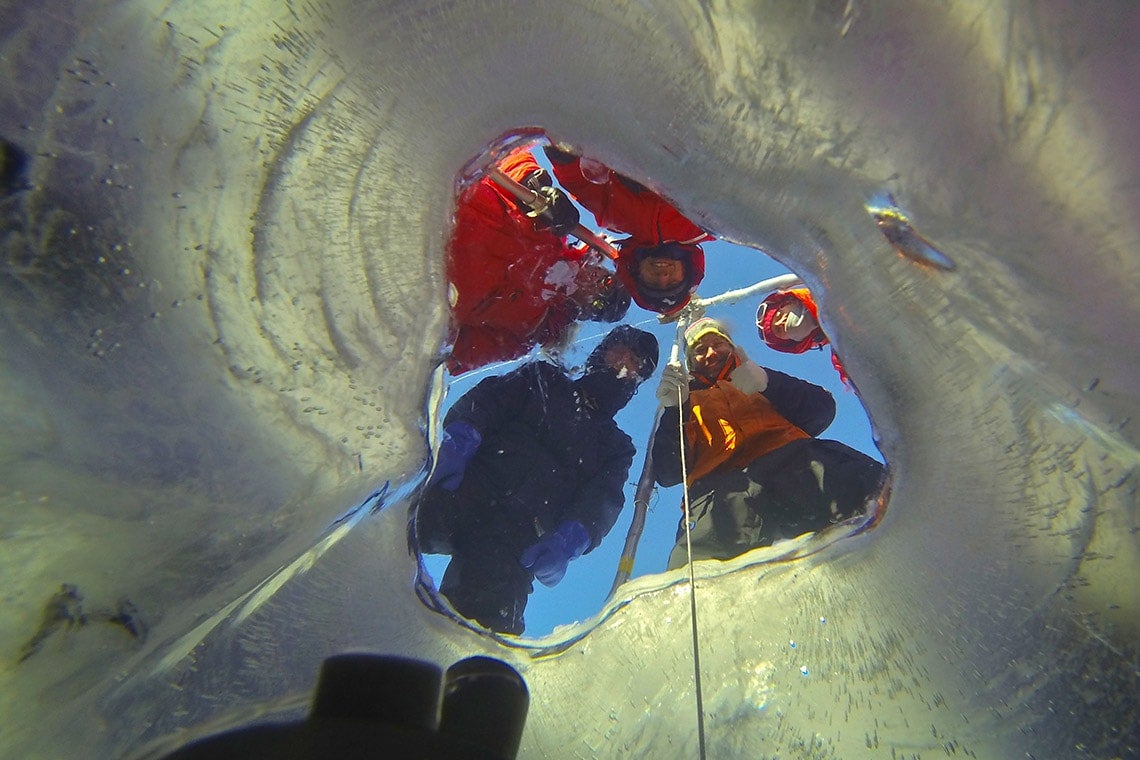 Remote areas in Canada’s Arctic region – once thought to be beyond the reach of human impact – are responding rapidly to warming global temperatures, the University of Toronto's Igor Lehnherr has found.

His research, published in Nature Communications, is the first to aggregate and analyze massive data sets on Lake Hazen, the world’s largest lake by volume located north of the Arctic Circle.

“Even in a place so far north, it’s no longer cold enough to prevent the glaciers from shrinking,” says the U of T Mississauga geographer and lead author of the study. “If this place is no longer conducive for glaciers to grow, there are not many other refuges left on the planet.

“This study provides a high-level complete data set where all components of the watershed have been studied, and reveals how different components, such as lake ice coverage, permafrost, glaciers, terrestrial environment or the lake food web, are responding to climate change over time.”

Study collaborators collected and recorded data available from ongoing site research, which dates back to the 1950s. Some research methods provided a longer view.

“For example, sediment samples allow us to time travel and read the history of the lake recorded in its sediments over the past 300 years,” says Lehnherr, adding that the results provide an important and comprehensive survey of the area. 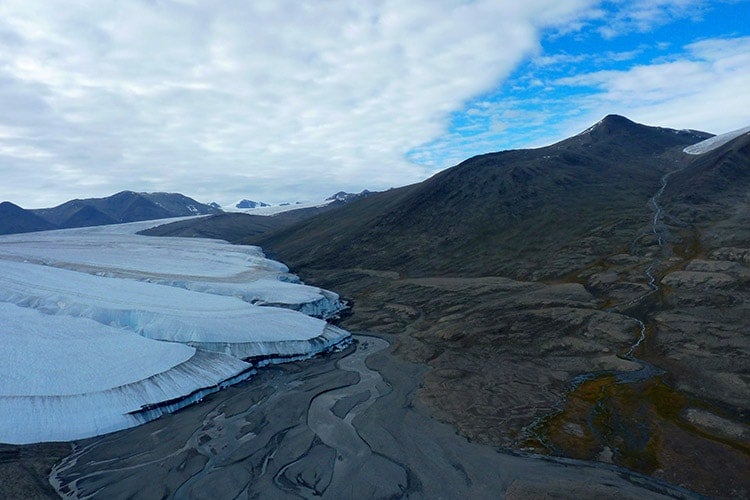 “This study allowed us to ask questions about the entire watershed and how the different puzzle pieces fit together,” he says. “We are able to show how all of the parts are interconnected and how something like glacial mass shrinking and generating more meltwater has important impacts for the downstream lake ecosystem.

“We showed that climate  has many different impacts, and all components of the watershed are intricately connected,” he says. “The physical, biological and chemical aspects are responding directly to climate changes.”

“The lake and the lake ecosystem have been in a relatively stable state for hundreds of years, but all it took was a one-degree increase in regional air temperature for it to enter a completely new state,” Lehnherr says. “The biological food web looks different, the biogeochemical cycles are accelerated, and we’re observing more organic nutrients, contaminants and carbon coming into the system.”

The study was spurred by anecdotal reports from park staff and visitors to Lake Hazen, who noticed  that the lake was becoming ice-free in the summer, when previously it has been a rarity for the lake ice to melt completely during the summer months. Hikers and parks staff also noticed that it became more challenging to cross rivers, which were getting larger, deeper and faster-flowing due to glacier runoff.

“The glaciers typically melt a little during the spring and summer seasons, however we noticed that they began to lose more ice than they gained in the winter,” says Lehnherr. “We are now seeing the ice mass declining, which is surprising, because the lake is one of the most northerly of Canadian lakes. Water takes a lot of energy to warm up, and can store a lot of heat energy. A large lake, like Lake Hazen, theoretically should be more resilient to climate change relative to a pond or smaller body of water. If this lake is exhibiting signs of climate change, it really shows how pervasive these changes are.

“Good science should breed more questions. Now we have a baseline that we can compare with future data. We have the potential to create a good temporal record that allows us to assess how things are changing.”