'Working with the Earth': U of T's Andrei Swidinsky finds climate change solutions beneath our feet 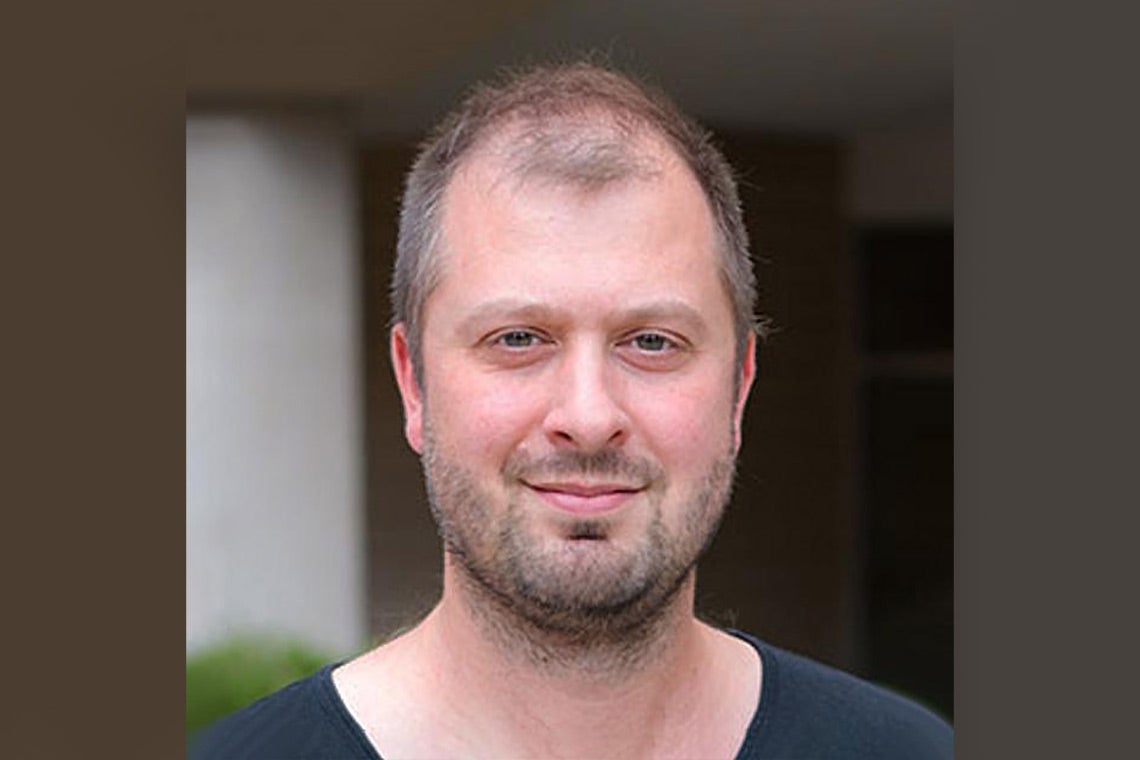 Perhaps the most unusual use of geothermal energy that University of Toronto geophysicist Andrei Swidinsky ever encountered was at the Colorado Gators Reptile Park in southern Colorado.

In the 1970s, the owners of the site began farming tilapia in ponds warmed to 32 C by water they had tapped into below ground. In the 1980s, they purchased 100 baby alligators to help dispose of the fish remains generated by their operation. Before long, the alligators had grown to full size, people were willing to pay to see them and a unique and unexpected tourist attraction was born.

Swidinsky was an assistant professor at the Colorado School of Mines at the time, and the farm and the use of small-scale geothermal heating systems in rural Colorado made a lasting impression on him.

“Before that, I’d thought geothermal was only something used for electrical power generation from large-scale systems like those in Iceland,” says Swidinsky, who did his PhD at U of T and is now an associate professor and Teck Chair in Exploration Geophysics in the department of Earth sciences in the Faculty of Arts & Science.

Swidinsky says geophysical technology has enormous potential to address what he describes as “the greatest challenge that global society currently faces: climate change.” It can do this by helping to develop conventional and enhanced geothermal energy generation, locate reserves of green energy-enabling critical minerals and help build carbon storage capacity in Canada.

Swidinsky’s attention turned to climate change when he returned to Canada from Colorado in 2019 to take a visiting professorship position in the department of Earth sciences. It was the year of a federal election and the debate around jobs, oil, the economy and achieving net-zero carbon emissions was going full bore. After another stint in Colorado, he returned to U of T and was determined to use his expertise in geophysical exploration to address the global crisis.

“Canada isn’t on target to reach its goal of net-zero emissions by 2050,” says Swidinsky. “But I think we can do it, and I think technological innovation is going to get us there.”

The geophysical exploration toolkit Swidinsky is working on will improve exploration for geothermal sources of energy by measuring the electrical conductivity and density of rock – both of which are correlated to structure, temperature and lithology. This exploration will help find heated, subsurface water; it can also identify potential sites for enhanced geothermal systems where water pumped through heated rocks is used to drive energy-generating turbines. What’s more, a clearer understanding of these heat sources will help manage them safely once developed.

The toolkit will also help on another climate change front by improving our ability to find minerals critical to green energy – for example, lithium and cobalt for batteries used in electric vehicles, and rare earth elements needed for wind turbines.

“The question is: Can the technologies developed for base and precious metal exploration in Canada now be used to find lithium and cobalt?” says Swidinsky. “I think the answer is yes.”

Finally, this same sub-surface imaging can identify the storage sites to help cope with the carbon produced in Canada every year.

Despite the challenges, Swidinsky has a vision of a sustainable future that considers the reality that, in his estimation, Canada will still be generating some energy from fossil fuels in 2050.

“There probably aren’t the geothermal and other renewable energy resources in the country to give us all the electricity we need,” he says. “So, my vision is that a portion of our energy comes from green and clean-energy sources. meaning that if you have electric vehicles running on clean energy, you have no emissions.

“But in 2050, we’re likely going to be burning fossil fuels to some extent – not just in Canada but globally. What I envision is that those emissions can be captured and we can store them using innovative technologies. With geothermal, nuclear, wind and solar energy – and carbon capture – we can achieve net zero.

“By working with the Earth, we can make that vision a reality and solve climate change.”