'In this work to move forward in a good way': U of T grad focused on improving Indigenous public health 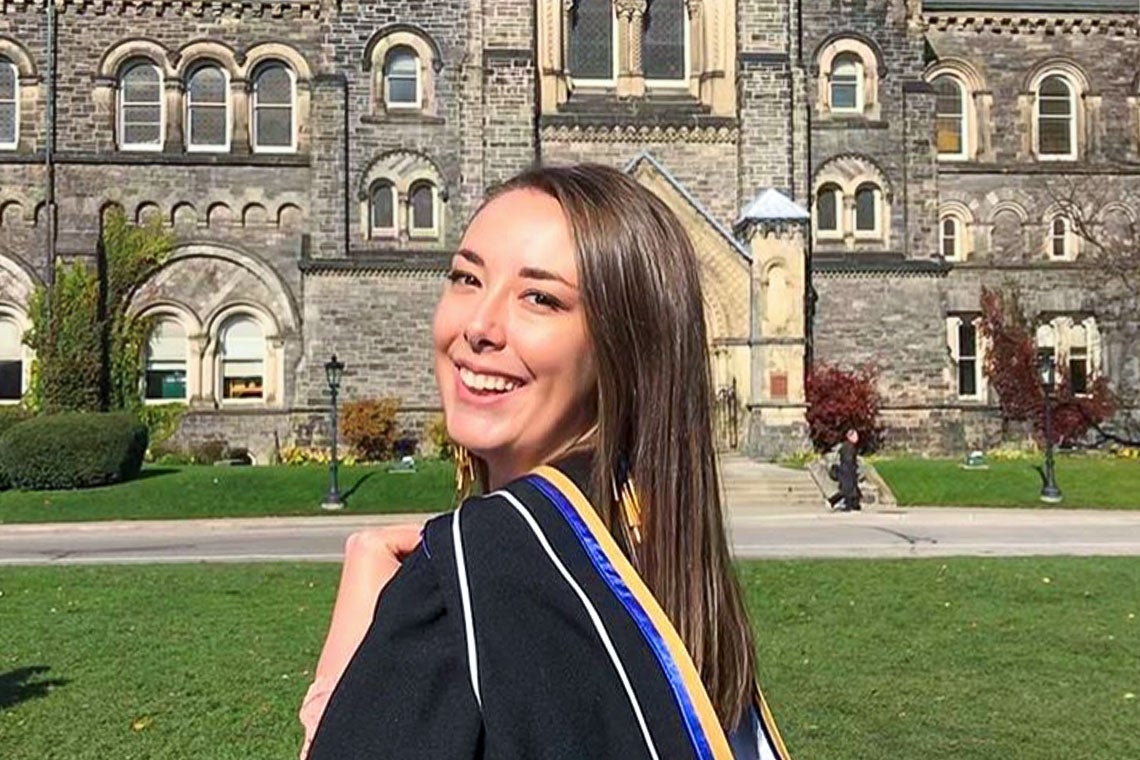 Maureen Gustafson walked towards the stage at her University of Toronto convocation wearing the moccasins her mother gave her the day before.

“I was really excited to wear them because, for a lot of people, moccasins are a symbol of Indigenous cultures,” says Gustafson, who recently graduated with a master’s degree in public health, health promotion and Indigenous health.

“It made me feel really proud of who I am and where I come from, and I think that’s important.”

“My mom was living on her own to cope with the impacts that colonization had on her family. At my age, post-secondary was not an option for her. She was just trying to get by,” Gustafson says.

“She did end up going back to school later in life, and has since obtained a number of degrees including her master’s of education. She’s been an amazing role model for me and knowing what she went through made my experience that much more meaningful.”

Gustafson, a member of Couchiching First Nation, has Ojibwe and settler ancestry. She was born and raised in Fort Frances, Ont. She took part in the Indigenous Collaborative Program based at the Dalla Lana School of Public Health, an experience she says reaffirmed her commitment to improving Indigenous health.

Gustafson’s journey has been one of acceptance of the adversity she faced during her studies, in society and from within.

“I realized in the last five or six years that I wasn’t always open about my Indigenous roots because of the racism that I encountered growing up,” she says.

She vividly remembers when classmates skipped the yearly powwow because their parents didn’t think it was important to go. She would hear the offhand comments, “‘Oh well, we will just keep you out of school that day because you don’t need to go to that,’” she recalls.

Along with her Indigenous roots, Gustafson has settler ancestry. She believes it has shielded her from the overt racism her peers might have faced. But she also heard things not meant for her ears.

“I didn’t realize that it was wrong, and that I was internalizing some of it. I think part of me was trying to protect myself. I didn’t talk about it or say ‘Well, actually, I am Indigenous.’”

Her confidence would strengthen as she grew older. She describes a trip to New Zealand in her last year of her undergraduate degree at McMaster University as a pivotal point in the journey. As part of a knowledge exchange, she, along with other Indigenous youth, stayed with a Māori family. The Māori are Indigenous to the land. On her trip, she received her acceptance letter from Dalla Lana.

“We were all reflecting and thinking about our shared experiences as Indigenous youth from opposite ends of the world. That impacted the way I reacted to the acceptance.” 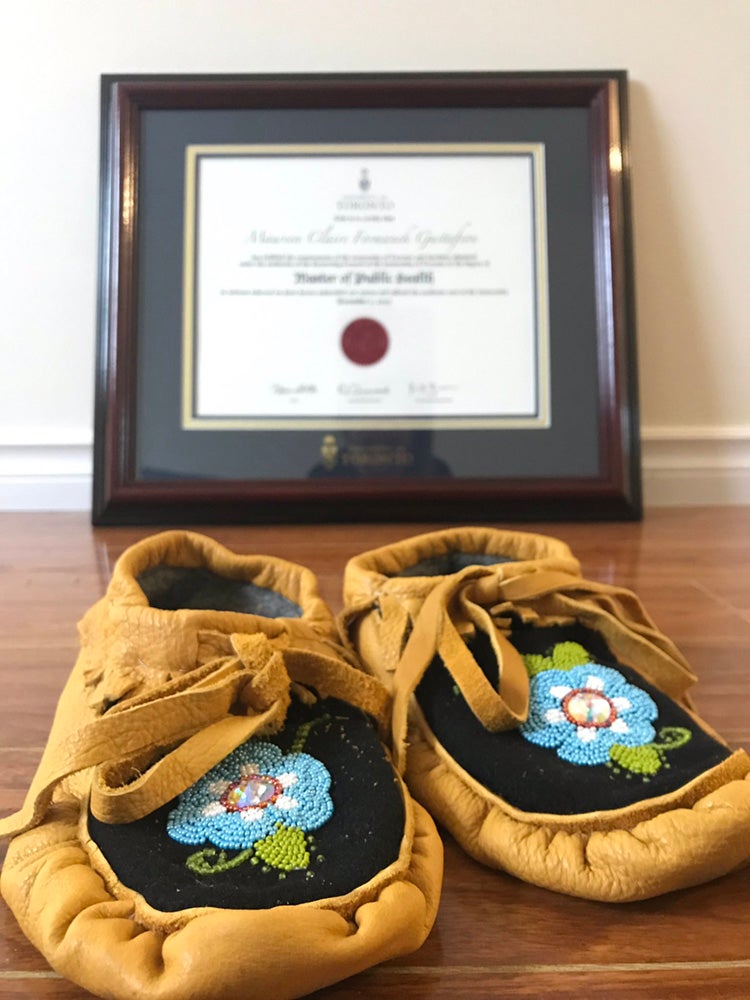 Once admitted, Gustafson jumped into her studies and the concentration in Indigenous health. She met other Indigenous students, guest speakers and notably, the administrative team and concentration’s program leads at the Waakebiness-Bryce Institute for Indigenous Health, who made her feel at home.

She completed two practicums. One at the Well Living House at Unity Health Toronto, and a second that sent her all the way to Australia, where she worked at the Australian National University. She supported Mayi Kuwayu: The National Study of Aboriginal & Torres Strait Islander Wellbeing.

It’s there that she came to understand the broader meaning of the word “Indigenous.” Her practicum and studies have helped her reaffirm what she already knew: “As Indigenous people, we already know the issues we’re facing – we don’t need researchers or the media to tell us. We should focus on our strengths and build off the capacity that already exists within our communities.”

“There are ways we can incorporate Indigenous ways of knowing, doing and being in this work to move forward in a good way,” she adds.

While working with Canadian and Australian Indigenous researchers, she learned to frame the discourse around improvements rather than gaps, and to compare health outcomes against non-Indigenous populations sparingly.

“There’s a lot of talk about the deficits and the problems that we’re facing. It’s important to acknowledge them, but if that’s all we're talking about, what kind of message are we sending to our people and especially to our youth? There needs to be a balance.”

Although her connection to her roots has been strengthened, her peers and U of T faculty could do more to acknowledge the impact of systemic racism, she says. Gustafson saw how Indigenous people were represented in academia. She saw the workload Indigenous professors did to maintain the institute’s presence and to support Indigenous students. She also noticed her peers’ attitude during a condensed lecture on Indigenous health history.

“You heard a few people saying ‘We can’t focus on the past,’” Gustafson says. “It’s a common thing to hear, but that was hard, and it definitely influenced how I moved through the program.”

It does not deter her from her commitment to Indigenous health. She has already landed a job at the Thunder Bay District Health Unit as a health promotion planner in Indigenous engagement.

“I can’t see myself working in any other field,” she says. “I’m open to what the future holds, but I think it will always be Indigenous health and public health. It’s my passion.”