Why the U.S. is being petty with its policy on used clothes for Africa: U of T expert

The Conversation with Garth Frazer 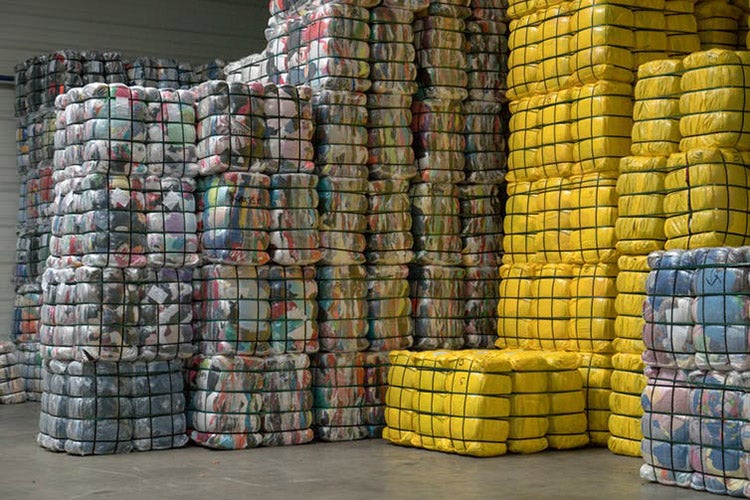 Stacks of used clothing are seen in this African warehouse: The U.S. is retaliating against countries that are restricting the import of American used clothing (photo by Shutterstock)

Fostering international development has long been viewed as central to the moral, humanitarian, strategic and security interests of the United States.

In particular, there is one area where the United States has been a leader in development assistance – providing trade preferences to African countries, most of which are low-income countries.

This has been achieved through the African Growth and Opportunity Act (AGOA), which was initially passed by U.S. Congress in 2000 and signed into law by President Bill Clinton. The legislation was deliberately renewed by both Presidents George W. Bush and Barack Obama.

AGOA demonstrates the power of U.S. trade policy to bring about significant change in Africa through measures that, while trivial from the American perspective, can have a sizable impact in Africa. Specifically, AGOA allows for eligible African countries to export a long list of goods to the United States without paying the import tariffs that most countries must pay and without being subject to import quota restrictions.

The beauty of AGOA lies in the fact that it costs the U.S. very little to implement in terms of lost tariff revenue and lost market share. In fact, it’s fair to say that the implementation of AGOA has had zero impact on the U.S. economy, and close to zero in terms of American tariff revenues.

At the same time, however, AGOA has resulted in an increase in exports in some key products that have been massive when measured by African standards.

For example, apparel exports, which have historically been an important stepping stone in the process of development for virtually all countries, increased on average by 42 per cent under AGOA.

As soon as one considers the short-term and long-term good will, as well as trading relationships, that AGOA has nurtured between the U.S. and Africa, it has undoubtedly been an example of a win-win scenario for both the United States and Africa.

Shift away from human rights concerns

Importantly, not all African countries have been eligible for AGOA trade preferences. Practically speaking, countries found lacking in basic protection of human rights and countries that have moved away from democracy have either not been granted AGOA eligibility or have been removed from AGOA eligibility.

Specifically, five countries have been removed, either temporarily or as of now, after military coups or coups d’état: Mauritania, Guinea, Madagascar, Mali and Guinea-Bissau.

Côte d’Ivoire was once removed following the failure to reach a peace agreement and the failure to hold elections. Other countries, none of which are paragons of good government, have been removed for different periods related to human rights abuses of varying kinds (Democratic Republic of the Congo, The Gambia, South Sudan, Swaziland and Burundi).

These actions have been consistent with the promotion of U.S. values of human rights and democracy worldwide, and consistent with historic aspirations of American foreign policy. In a single exception to the above pattern, suspension of agricultural benefits – not removal – was threatened for South Africa in 2015 in a dispute over chickens, but this suspension wasn’t implemented.

Under the current U.S. administration of President Donald Trump, however, this philosophy and approach has shifted.

The United States is currently in the process of suspending Rwanda from its current status under AGOA not because of military coups, but because Rwanda wants to restrict the importation of second-hand clothes that come from the United States.

Currently, a significant fraction of the used clothing disposed of by Americans through their donations to thrift shops and parking lot boxes are not sold in the U.S., but are shipped to Africa. Since these clothes are sourced for free, they serve as incredibly cheap sources of clothing in these countries.

This serves to benefit African consumers, although it historically had a negative impact on African apparel production that was serving the domestic market.

However, what is deeply concerning is that when the members of the East African Community (EAC), a regional trade agreement similar to NAFTA, decided to increase the restrictions on used-clothing imports, the current U.S. administration responded by threatening to remove AGOA access for them.

Used-clothing exports from the U.S. to all EAC countries combined had an all-time peak of US$43 million in 2012, which is 0.003 per cent of American exports. This is a truly negligible industry from the American perspective. Its trifling economic value is not surprising as this industry essentially takes items that might otherwise go to the garbage and ships them to Africa.

However, the United States is indicating that a major foreign policy goal on the African continent is the defence of its ability to dispose of second-hand clothing there.

In contrast, China is building its influence on the African continent. While the Chinese are not promoting human rights or democratic freedoms, they’re also not punishing African countries for their trade policies for the purpose of defending tiny Chinese industries.

Garth Frazer is an associate professor of economic analysis and public policy at the University of Toronto.