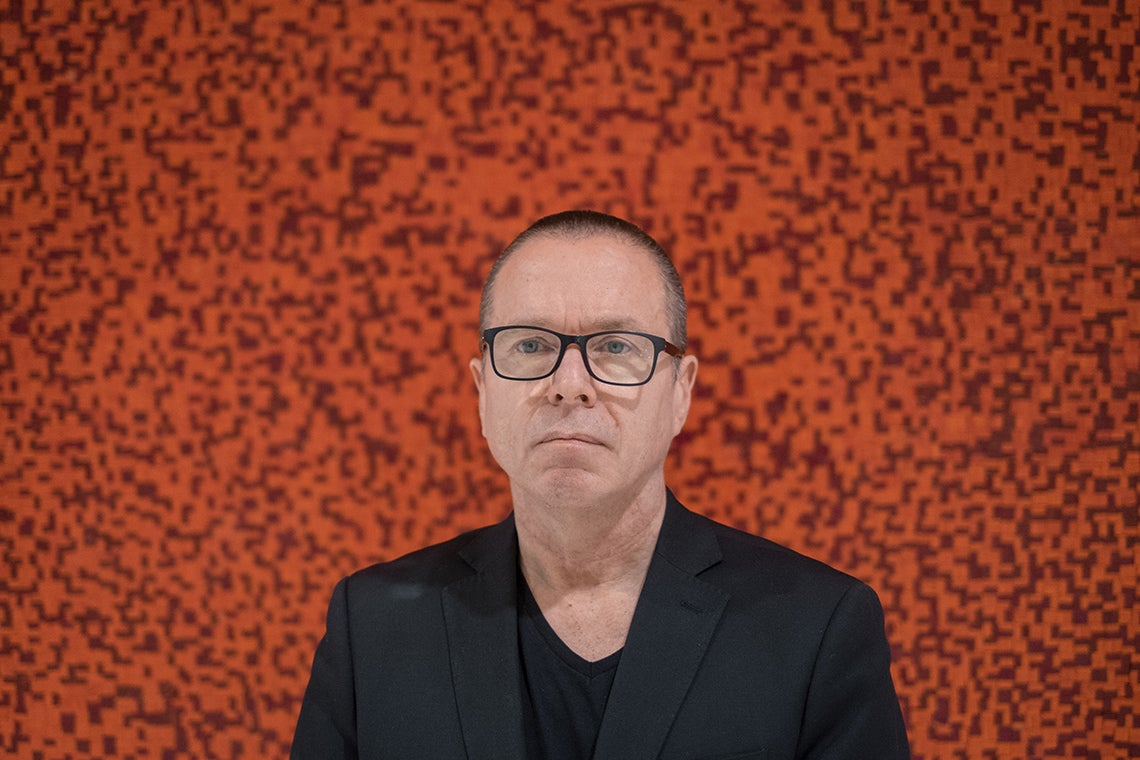 John Croutch is used to getting awkward, even insulting, questions about his heritage.

The son of an Ojibwe mother and German-Canadian father, he says he often hears offhand and hurtful remarks about Indigenous Peoples. He gets questions about his background that put him in the position of defending his Indigeneity. These comments aren't always mean-spirited, he says. More often than not, they stem from an ignorance of issues facing Indigenous Peoples in Canada.

Croutch, who works out of the University of Toronto's Office of Indigenous Initiatives, wants to help fill in gaps in people's knowledge of Indigenous communities and help them recognize any implicit bias they may have. The office is beginning to lead day-long cultural competency training workshops across the university.

Croutch gave U of T News details of the workshop.

In a YouTube video, you speak about encountering bias. Can you tell me how you experienced it?

I grew up in Parry Sound but my reserve is Wikwemikong First Nation. I have an Indigenous mother – my mother is Ojibwe – and a German-Canadian father. My two brothers look like my mother. They look Indigenous. But I could pass for a European. As a result, I became privy to other people’s racism. People, not knowing I am Indigenous, would say things in front of me about Indigenous Peoples. And these comments made me feel awful.

I was born in the 1960s when residential schools were still open. People openly said hurtful things about Indigenous people, especially women.

How did these remarks affect you?

You internalize the belief system that Indigenous people are inferior. And when people say, 'Well, you’re not 100 per cent Indigenous,’ that makes you feel inferior too. You have to constantly defend yourself and your Indigeneity.

What's the goal of the cultural competency workshop?

It's to make people realize that we all have different world views, different belief systems, different spiritual practices and different cultures. These differences don't make someone less than. In fact, diversity adds to the value of our society by bringing different ideas into the mix.

Who can take the workshop?

It's for anyone in the U of T community across the three campuses, including student groups. The ideal group size is 40 people. Those who are interested can email us at icct@utoronto.ca.

We cover as much as we can in a short period of time about the history of relationships with settler society. Over time that relationship changed from allies and trading partners to people who were forced off the land, put on reserves and eventually sent to residential schools to be assimilated. These prejudices and stereotypes have been embedded in Canadian structures and institutions.

What kind of exercises do you do during the session?

We use a timeline where we put out the different pieces of legislation that were passed: the Gradual Civilization Act, the Indian Act, when Indigenous people were given the right to vote. We ask participants to put them in order, and they don't do a very good job.

What we're doing is instilling in people the idea that they don't know much about us. It's to encourage them to ask themselves: Where do my implicit biases come from? Most people don't have explicit biases – they don't mean to be racist. That's my belief, anyway.

What are some of the most common questions you get?

The top one is: ‘This all sounds so terrible. So what's the solution?’ I say, 'Well, you're part of it. What we're doing today is a little piece of it.' But the solution is very complicated. I can't tell you in one paragraph what the solution is. We have to restructure all of our institutions, the way we think about Indigenous Peoples – and that's just the beginning.

How does the workshop fit within the broader context of truth and reconciliation in Canada?

What we have to understand about truth and reconciliation is that the truth part has to be learned and understood and respected before reconciliation can happen. And reconciliation, that's not our job. That's the rest of society's job. To gain the understanding and knowledge of the past and come to grips with why Indigenous people are in the socio-economic conditions they are in.

What are some additional resources you recommend for people who want to know more about Indigenous communities?

The Office of Indigenous Initiatives is going to put up a website soon with a list of resources.

In the meantime, there are lots of books out there. I think there's one here that's a nice primer [he pulls The Inconvenient Indian by Thomas King off the shelf]. It's written in an almost tongue-in-cheek fashion and I think that's what many people need as a primer. Something that's not too doom and gloom.

For other perspectives, I'd recommend Clearing the Plains by James Daschuk and Seven Fallen Feathers by Toronto Star journalist Tanya Talaga. These books all contain truths that Canadians need to know.

Without this knowledge, there can be no reconciliation.