“We’re going to keep advocating against these transfers to prisons, and also against keeping people, including children, in indefinite detention” 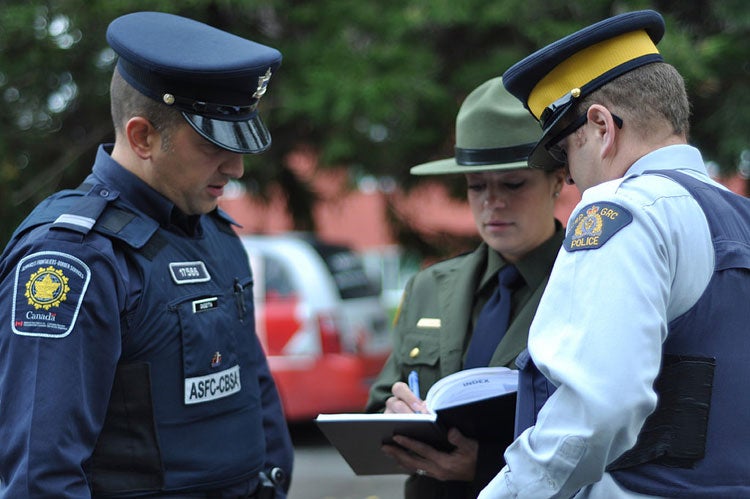 Doctors have a long tradition of speaking out for society’s most vulnerable – using research and activism to improve the social determinants of health in disadvantaged communities.

Following this tradition, department of psychiatry lecturers Drs. Michaela Beder and Rachel Kronick, and department of community and family medicine lecturer Dr. Ritika Goel, are speaking out against unhealthy conditions and practices in Canadian detention centres.

How did you first get involved in advocacy?

I grew up learning about social justice and always felt that I had an obligation to address systemic injustices. And that’s actually the reason I went to medical school. I wanted to use the privilege, use my training, to effect change and work in solidarity with people who are marginalized.

We’re definitely just part of the equation – there are so many community groups involved in advocacy and doing the groundwork that leads to change. As physicians we can bring an evidence-based, health-care informed lens to broader political issues that impact health.

You’ve recently spoken out about immigration detention centres — how people are being transferred to prisons, ostensibly to get health care, and how children are being detained. How did you find out about these issues?

When I was doing my residency at the University of Toronto I was involved in a research project in which I interviewed adults being held in the Toronto Immigration Detention Centre out in Rexdale. It was unbelievable to see and hear about the conditions, and the despair of these people, who were detained for administrative reasons.

Because they didn’t have proper documentation, or had overstayed their temporary work visas they were thrown into what is essentially a jail. I interviewed adults, and my colleague Rachel Kronick focused on children in detention – what many people don’t know is that several hundred kids are held in detention every year. We are both psychiatrists, and the mental health impacts of this indefinite detention are shocking. Being in detention, even for a short while, can have a huge impact on mental health — anxiety, depression and post-traumatic stress disorder are common.

More recently we’ve found out from community and legal groups about the transfer of detainees to provincial jails — so if you’re in a detention centre and become suicidal, or have severe mental illness, or you get cancer, you are sent to jail. And it’s come out that there have been deaths among immigration detainees – 15 that we know of since 2000, and eight of them in provincial jails, including several suicides. As health care providers — and as human beings, frankly — we’re extremely concerned.

Do you feel like physician and advocate make for a natural combination, or do you feel tension between those two roles?

This is something I think about a lot. Some people see advocacy as something separate from their work as a physician. But I think that advocacy work is integral to my role as a doctor. It’s what brought me into medicine, and it’s what inspires me.

Do you think physicians are well placed to be advocates? Because you see some of the most vulnerable in your practice?

I would say yes we are. As clinicians we see the on-the-ground lack of access. We can see how things like homelessness, poverty, racism, lack of immigration status, and other systemic injustices negatively impact the health of our patients. So we can play an important role as allies in the fight for social justice.

For example, I’m also involved in a group called Health Providers Against Poverty, which focuses on the detrimental impact of poverty on health. This is something I see daily in my clinical work with people experiencing homelessness.

What are your next steps in terms of advocacy?

We’re going to keep advocating against these transfers to prisons, and also against keeping people, including children, in indefinite detention. In addition, healthcare providers have also been calling for access to health care more generally for all people living in Ontario. There are around 500,000 people across Canada who don’t have access to health insurance coverage because of their immigration status. We’ve argued that healthcare should be tied to clinical need, not to immigration status.

In fact, on June 28, we’re launching a campaign called OHIP For All, starting with a demonstration in front of the Ministry of Health at 900 Bay Street at noon. As physicians, we believe that everyone living in Ontario should have the care that they need. 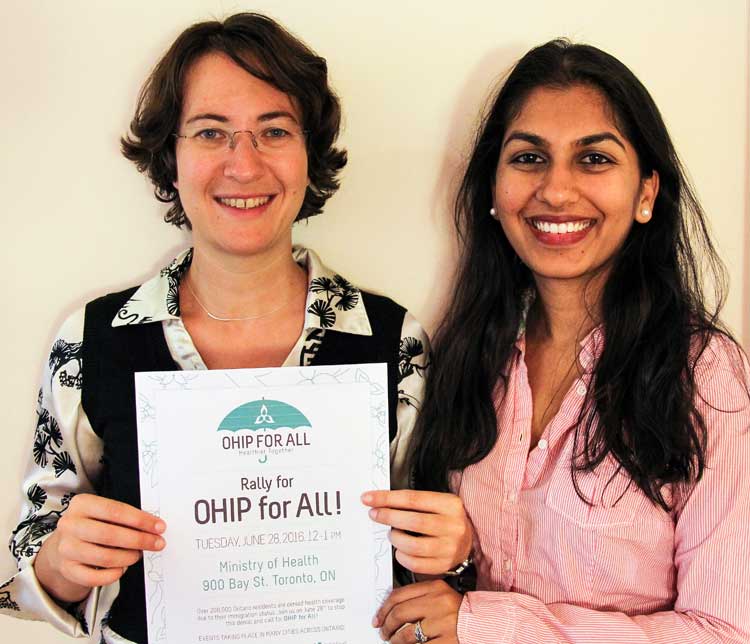