Why has it been so cold this winter in Toronto? U of T experts break it down 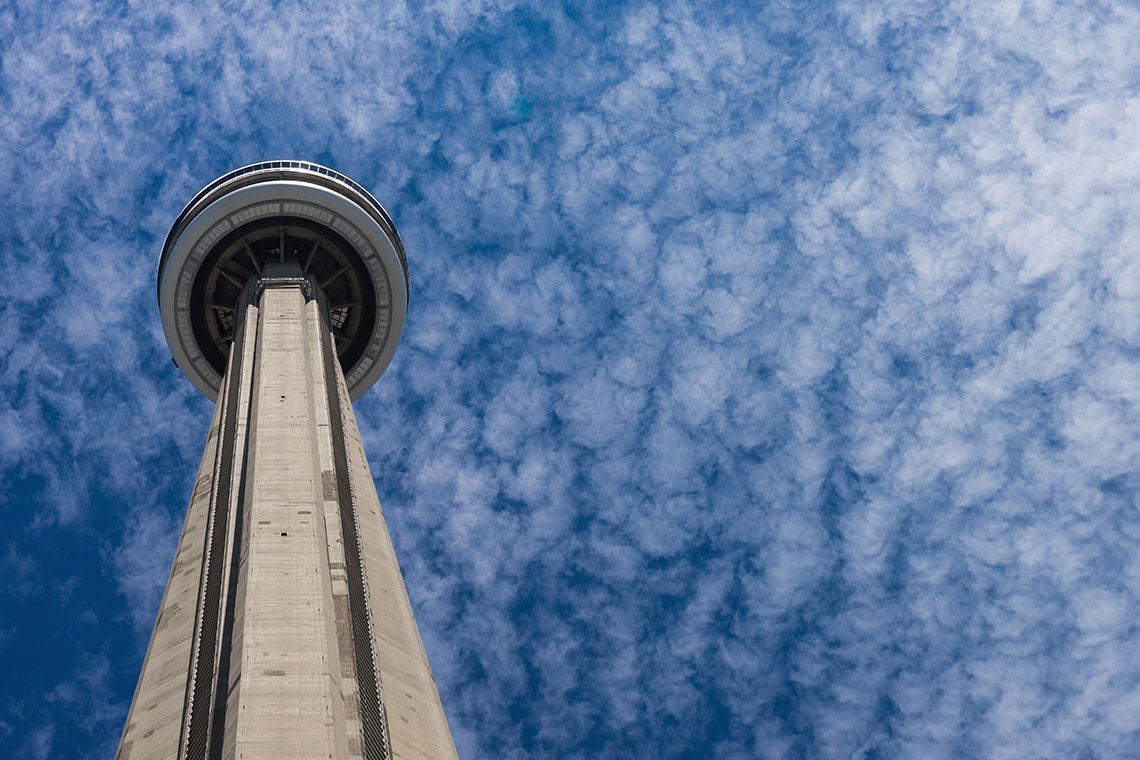 There’s no doubt that Toronto and much of the eastern North America rang in a very cold New Year. But with global temperatures on the rise, what accounts for the frigid conditions we experienced?

Conor Anderson is a University of Toronto graduate student in the environmental science doctoral program at U of T Scarborough. As part of his doctoral studies, he has looked at Toronto’s climate record, which is the longest record available in Canada.

Professor William Gough, Anderson's supervisor, asked him to explain whether it’s been an unusually cold winter in Toronto and how global warming may be playing a role in how cold it’s been.

William Gough: Toronto and much of North America experienced a period of intense cold in late December and early January. As part of your doctoral research you have looked at Toronto's climate record. Is this year unusual?

Conor Anderson: I think the answer to this question depends on what you call unusual. Toronto’s weather is heavily influenced by the polar jet stream. This jet stream, which flows roughly from west to east with some movement to the north and south, occurs where relatively mild air from the continental Northern Hemisphere meets cold air from the Arctic. So our winter weather tends to swing between really cold and slightly less cold as the jet stream moves to the north and south of us.

Having a burst of polar air hang around the city isn't really out of the ordinary. That said, this last cold snap in December and early January ranks among the top ten longest and coldest in the past 30 years, so it was a nasty one. When we look at the monthly average temperature, December 2017 ranked 40th coldest out of 178 Decembers on record. If readers are curious how I came up with these numbers, they can check out the details on my blog.

William Gough: Some have declared that this recent intense cold essentially disproves global warming. What’s your take on this?

Conor Anderson: It’s a logical fallacy. We cannot expect that a warming climate means that each day will be warmer than the last. The climate system is characterized by a great deal of variability on many time scales, including daily, seasonally, annually and longer. Saying that a couple of weeks of cold is proof that climate change is a hoax is a bit like saying your car isn't moving simply because you've tapped on the brakes. Contrary to what some may think, a cold snap of weather is not proof that global warming is a hoax. It's important to distinguish weather from climate, says Conor Anderson  (photo by Ken Jones)

As climate scientists, we don't look at a week-long event to determine whether there is a net change in the climate. It comes down to the distinction between weather and climate. Defined simply, weather refers to the atmospheric conditions at a specific time and place. If I say that it’s snowing outside, I am commenting on the weather when I look out the window. If our outlook on climate change was defined by one day’s weather, we’d have a different outlook every day. While we were shivering during the cold snap, much of the rest of the world was dealing with hotter-than-normal temperatures. Some in Australia were even dealing with a severe heatwave.

So we need to distinguish between weather and climate. Climatologists like us focus on the long-term averages and trends using decades-worth of data. When data are available, we use, at minimum, 30 years of daily observations. This amount of data allows us to detect a net change of climate that is often obscured by the variability of the weather. On global and regional scales, there’s no question we're seeing a steady long-term increase in temperatures.

William Gough: Even so, isn't it odd that this year and the winters of 2013-14 and 2014-15 were so cold? Are there other changes in the climate system that may account for such extreme weather?

One of the interesting things about the top three coldest winters and our recent cold snap is that they were all characterized by extended periods of cold, polar air. In all these cases, the jet stream took a trip south and remained there for a long time – sometimes up to 25 or more days in a row.

So why is that the case? There’s an ongoing debate among scientists about whether or not we can expect these intense cold periods to occur more in the future than they have in the past. Some scientists have suggested that the jet stream itself – often called the “polar vortex” in the media – is changing. The theory is that the jet stream is weakening in intensity and this allows more pronounced movement to the north and south leading to longer periods of cold weather, or cold snaps, like those experienced in 2013-14 and 2014-15 – something we detailed in a recent article published in the Journal of Climate.

If that’s the case, what’s interesting is a warming climate leads to a weaker polar jet stream, and this in turn has led to colder recent winters in Toronto, which seems counterintuitive. More and more climate scientists are focusing on the impact of climate change on extremes rather than average conditions, and these extremes can be cold ones as well as warm ones.