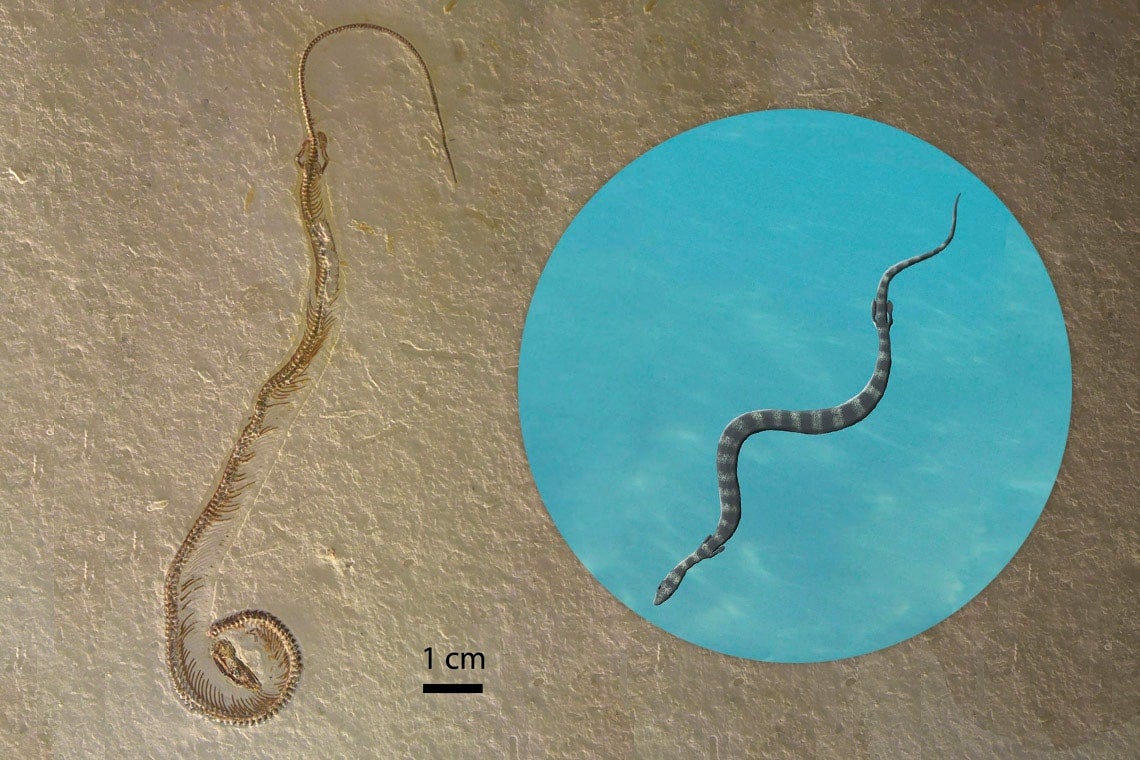 Close examination of a rare Brazilian fossil is shedding new light on an enduring controversy in evolutionary thought – why snakes evolved their long, limbless bodies.

At the heart of the controversy is a tiny fossil discovered in Brazil. Known as a squamate, Tetrapdophis amplectus was a snakelike creature that lived about 110 million years ago during the early Cretaceous period. It is is considered one of the oldest snakes and is notable for having four small, paddle-like legs.

Previous research described the creature as a primitive snake and worm-like burrower, suggesting that snakes originally evolved to live underground. However, new findings by a Canadian-Australian research team reveal that the creature was more closely related to aquatic lizards, suggesting that snakes evolved their long bodies for eel-like swimming.

“This exquisite tiny fossil is very slender, with limbs that are certainly not suited for burrowing,” Reisz says. “Instead, it shares features with aquatic lizards from the Late Cretaceous. Tetrapodophis may be closely related to snakes and resembles a snake, but probably is not a snake proper.”

According to the research team, Tetrapodophis’ shape – a long slender tail and four slender legs – doesn’t fit with the characteristics we see in burrowing snakes and lizards alive today. The team also observed that Tetrapodophis limb bones appear weak and poorly ossified – both traits that are similar to ancient marine lizards such as mosasaurs. The findings suggest that snakes had aquatic origins.

The radical new ideas about the aquatic habits of Tetrapodophis add to the debate, and helps cement this tiny reptile as one of the most important and controversial fossils of our times,” says Reisz.

The research appears online in the latest issue of Cretaceous Research.