What's with those colours? Sean Thomas on the science behind this year's fall foliage 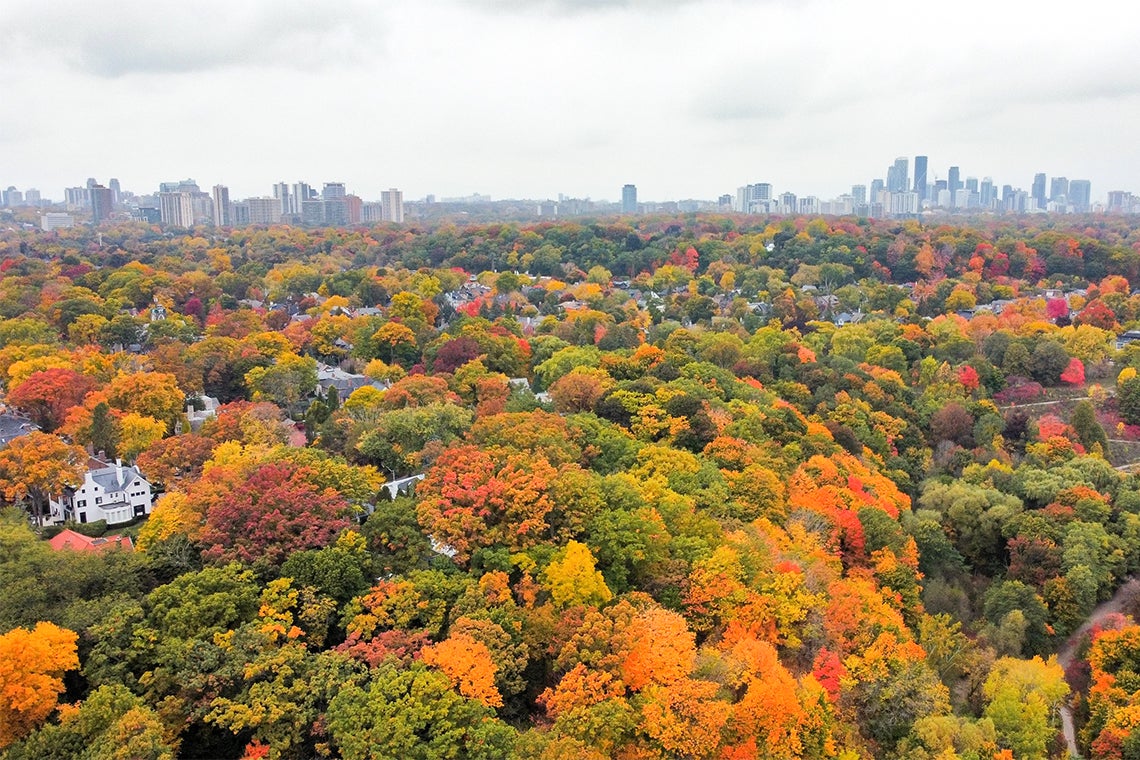 Toronto residents are enjoying a particularly dazzling autumn display this year as the city’s tree canopy changes colour amid the cooling temperatures. 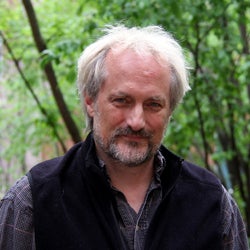 That includes the fiery red leaves of the sugar maple that stands on the southeast edge of Spadina Circle near the University of Toronto’s John H. Daniels Faculty of Architecture, Landscape, and Design, where Sean Thomas is a professor of forestry and a longtime associate editor at the journal Tree Physiology.

He recently spoke to Danny Sinopoli about the science behind this year’s eye-catching autumnal foliage.

Why do leaves change colour in the fall? What’s the science behind it?

There is a common misconception that autumnal leaf-colour change is due entirely to degradation of chlorophyll that “unmasks” other pigments that are already there. This is true basically with yellow colouration, which is mainly due to carotenoid pigments. However, red colours in fall foliage are due to newly produced anthocyanin pigments, which raises an intriguing functional biology question: What is the adaptive value in leaves producing new pigments just before the leaves are to be shed?

There are a couple of hypotheses, but the explanation that I think has received the most support is that anthocyanin pigments are playing a role as a “sunscreen” that better enables trees to recover nutrients from senescing leaves. It turns out that the breakdown products of chlorophyll are highly reactive, particularly under high UV exposure and low temperatures. Without the protection offered by anthocyanins, free radicals are generated from the breakdown products of chlorophyll that disrupt the process of nutrient recovery. Some anthocyanins are also antioxidants and scavenge the free radicals, so there are likely two aspects to their protective function during leaf senescence.

This nutrient recovery hypothesis predicts that anthocyanin production should be greatest when temperatures are low – but still above freezing, since frost events kill leaves – and light levels are high. This pattern is widely supported. Demonstrating that anthocyanin production actually increases nutrient recovery itself is more difficult to demonstrate, but there is some evidence for this as well.

So, are the colours actually more vivid this year?

Compared to last year, yes. Consistent with the theory, last fall was a relatively warm one in the GTA, without near-frost events until well into November – and also relatively cloudy conditions. This year had the right combination [for brighter colour] of cold weather events, lack of drought or a hard frost and relatively sunny conditions. 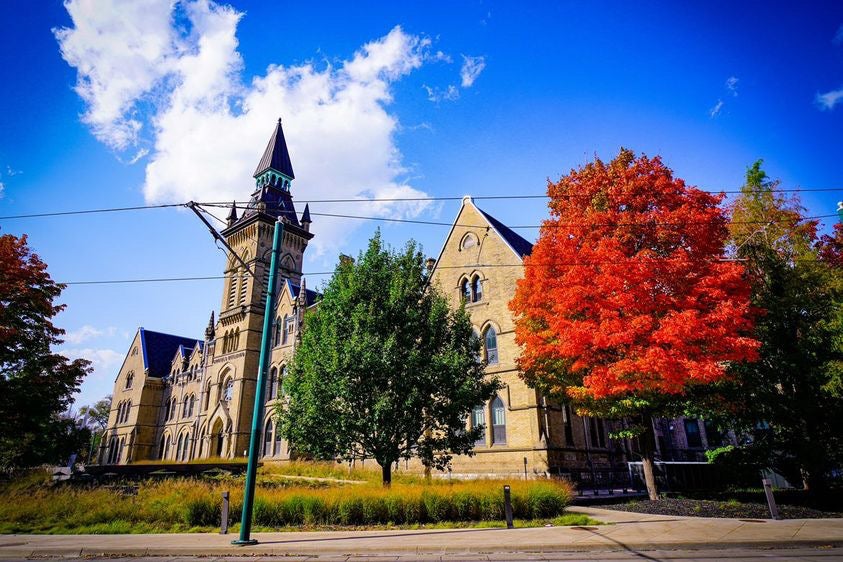 Why do people react so strongly to red tones – like those of the sugar maple on Spadina Circle?

I think the accepted psychological theory is that red provokes strong emotional reactions because it is a danger cue. But what happens when the entire landscape is red, or the colour is rendered on such a large scale?

To speculate wildly outside of my area of expertise, a red forest landscape may initially provoke a kind of alarm reaction, to which viewers then acclimate, and this acclimation is pleasantly stimulating. Perhaps this is a bit like spicy food: “Hot” flavours are due to pain receptors, and the relaxation of the pain response releases endorphins.