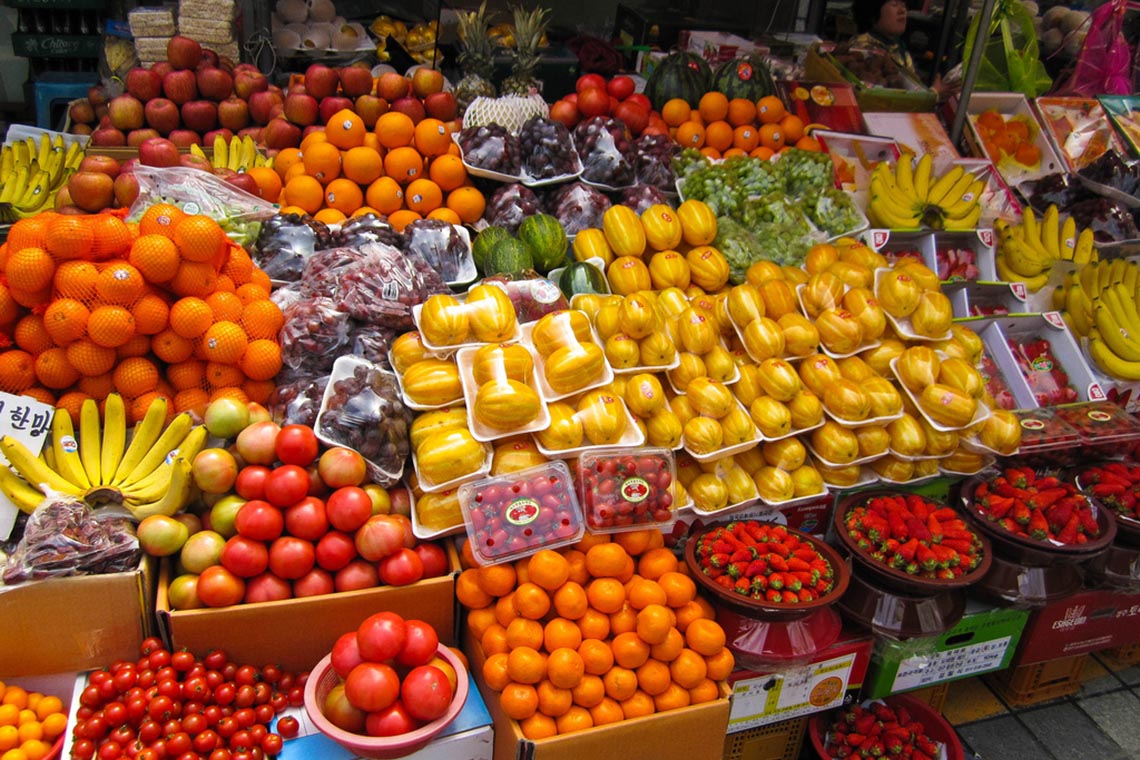 Low-income families know what's healthy, "but money influences their decisions," says U of T's Shyon Baumann There was a very clear pattern that, with more money, they would buy more and better fruits and vegetables" (photo by Richard Bitting via Flickr)

A study by University of Toronto researchers is shedding new light on how and why people in low socioeconomic households make the food choices they do.

Professor Josée Johnston and Associate Professor Shyon Baumann of the department of sociology at U of T Mississauga, along with Michelle Szabo of Sheridan Institute of Technology and Avanced Learning, collected interview data from 254 individuals from 105 families across Canada, focusing on three main questions: What would you eat if money were no object? If people were coming to visit, where would you tell them to eat? If you were entertaining visitors, what would you serve?

Baumann and Johnston previously reported on how diners in higher socioeconomic brackets make food choices. “But relatively little attention has been paid to the taste preferences of those in lower socioeconomic groups,” Johnston says. “We had never systematically looked at low-income consumers to assess how they valued food.”

One notable finding was that participants were well-educated on nutritious food choices. “Low-income people have an extensive knowledge of health discourse and most know the basics of healthy eating,” Johnston says. “That’s significant because popular culture sometimes assumes that low-income people make poor food choices because they don’t know what’s healthy.”

Baumann says the families do know what’s healthy, “but money influences their decisions. There was a very clear pattern that, with more money, they would buy more and better fruits and vegetables and meat, and choose fresh food rather than processed food. A lot of parents were clear that they wished they could buy more of that for their kids.”

Johnston says “the data speaks clearly to the idea that food choices are not constricted by lack of knowledge.”

“Or by bad taste,” adds Bauman. “It’s about food, but it’s about income, too. People prefer to have abundance and prefer to have healthy food, but on a daily basis, they are restricted in those choices. Sometimes we blame people for those poor choices, but this research suggests that isn’t fair. They are really making a different kind of constrained choice than the one people are attributing to them.”

A peek at a weekly grocery bill doesn’t provide a full picture about what people would actually like to be eating, Johnston says. “We argue that low-socioeconomic-status respondents demonstrate aesthetic preferences that are distinctly different from that of high socioeconomic status cultural consumption.”

Baumann says the study “moves beyond daily economic constraints to look at food ideals – what they describe as desirable and how they justify their preferences.”

“When respondents think about good food, they think about lots of food – the taste for abundance,” Baumann says. “When we asked “what would you serve” for a special meal, their answer was ‘a lot of it’ – a fancy meal equals abundance, like lots of salads and a big ham.”

Read the study in the Journal of Consumer Culture

Familiar “ethnic” restaurants – those outside of the respondents own culture, such as Canadian-Chinese or Greek foods – also featured highly in preferred foods. “These are places where people could reliably get an affordable meal that was still special and interesting and that they might not make themselves.” Baumann says.

Corporate brands were also high on the list of preferred food choices, with participants referencing well-known brands such as Knorr sauces. Swiss Chalet or Dairy Queen ice cream cakes. “Low socioeconomic respondents were clear that these products were ideals for them,” Baumann says. “For people who are marginalized in society, this is a way to symbolically include themselves in the culture.”

The study is published in the Journal of Consumer Culture and is part of a larger project funded by the Canadian Institutes of Health Research.