What NASA’s big discovery means for the future of planetary research: U of T astronomer explains 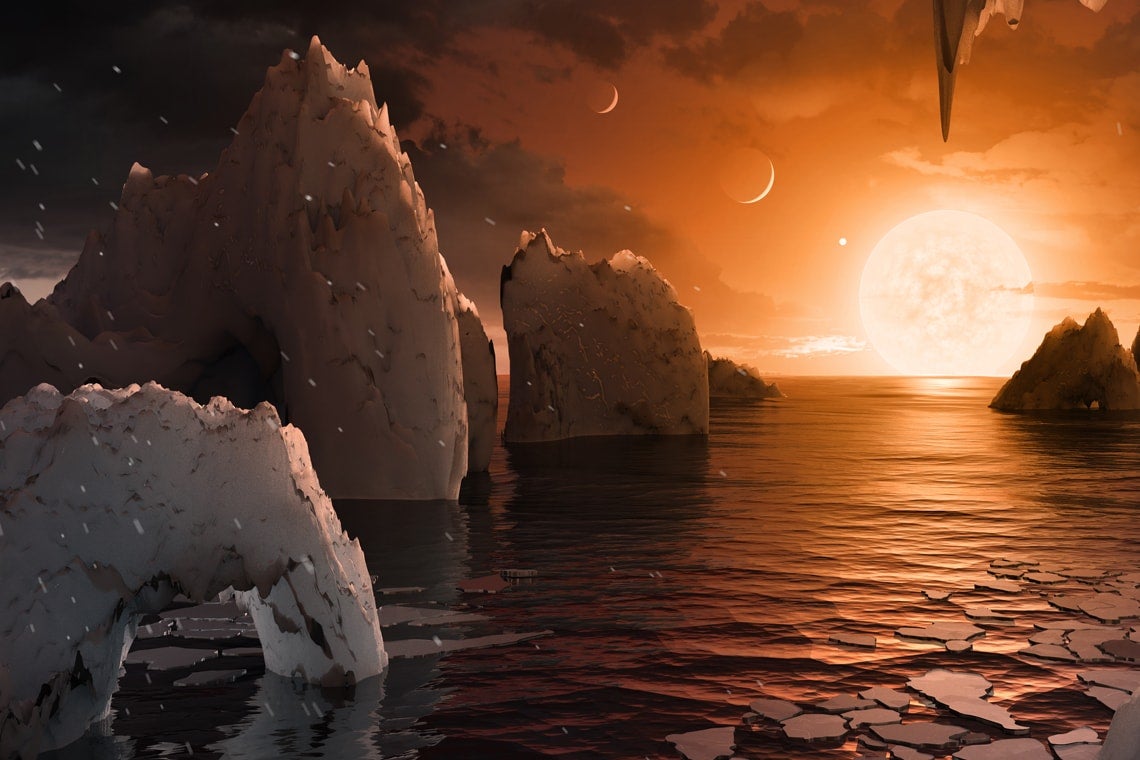 Yesterday’s record-breaking announcement by NASA that seven Earth-sized planets have been discovered orbiting a single star is being hailed as an “accelerated leap forward” in the search for extraterrestrial life.

Not only did it set a new record for the greatest number of habitable-zone planets found orbiting a single star – three in this case – but it also means researchers may soon be able to study the atmospheres of these planets since they're so close.

Dan Tamayo (below) is a researcher at U of T Scarborough’s Centre for Planetary Science (CPS). He spoke to U of T's Don Campbell about what NASA’s big discovery means for the future of research on planets outside our solar system. How big of a discovery is this and why should we be excited?

This is a HUGE deal, way bigger than previous discoveries. These are all small planets, roughly the size of Earth, and we expect there are billions of them in our galaxy. But planets this small are really hard to detect. In fact, we’ve only just started detecting planets this small in the last few years.

It’s exciting because these planets may have a solid surface capable of hosting biological life. Most of the thousands of exoplanets we’ve discovered are bigger and therefore probably more gaseous like Neptune or Jupiter.

Of the small planets we do discover, the vast majority are very close to their host star where it’s easier to detect them. This means they’re typically at scalding hot temperatures where it’s difficult to imagine life evolving. The planets in the TRAPPIST-1 system are also very close, but the star is so tiny and lukewarm – as far as stars go – that their surface temperatures are likely in the range to host liquid water. So these are prime candidates to look for life.

What does this discovery mean for future exoplanet research, especially the James Webb Space Telescope set to launch in 2018?

The James Webb Space Telescope is the successor to Hubble and is right in the sweet spot to observe the atmospheres of these planets. Because the system is so close to Earth it means we can get great information on their atmospheres. It may be possible to detect whether or not these planets have ozone in their atmospheres. That wouldn’t be a slam dunk for life but would easily make them prime exoplanets to study.

Why is the “habitable zone” so important in the search for life beyond our solar system?

We know that liquid water is essential to life on Earth so it makes sense to look for life on planets capable of hosting water. The habitable zone is the Goldilocks range of distances from a star that’s just right for life – so where it’s not too hot or not too cold for surface water. Of course, not all life in the universe needs to rely on liquid water but then what would we look for? Pragmatically, looking for water is a good starting point. 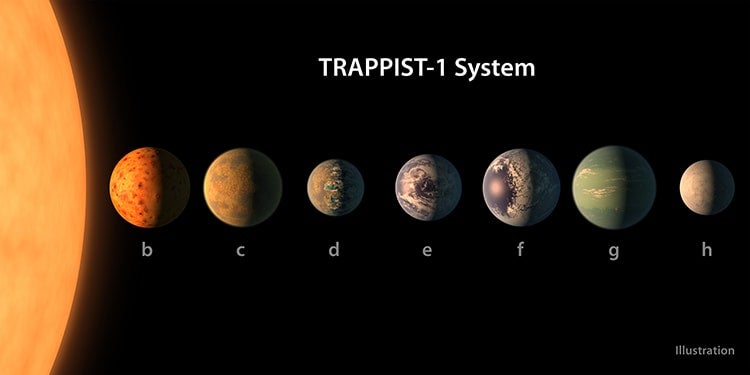 How does the TRAPPIST-1 star compare to the sun? What does the planets being tidally locked mean in terms of harbouring conditions for life?

This system is crazy. The star is puny, only about the same size as Jupiter but is about 100 times more massive. The planets are packed extremely close to the star. The innermost planet is only about four times farther from the star than our moon is from us. The outermost planet orbits about 10 times closer than Mercury does around the sun.

It’s true that these planets could be tidally locked like the moon is around us, always keeping the same face pointed toward the star. That would mean hot temperatures on the star-facing side and frigid ones on the other side, unless you had a thick atmosphere to move warm air around. That certainly poses challenges for life, but anything’s possible. It’s possible that life could thrive in a band around the region of the planet that separates the day side from night.

Since the system is relatively close will it make discovering life, or at least the conditions necessary for life, easier?

A real game changer is that TRAPPIST-1 is close to us. Forty light years may seem incredibly far, but that makes it one of the 300 closest stars to us. By comparison, the previously known Earth-like planets in the habitable zone are roughly 1,000 light years away. That makes it all but impossible to study their atmospheres with current technology. Not only does TRAPPIST-1 open that window in a big way, we have 7 planets to look at!

The system is also positioned in such a way that from our point of view on Earth, the planets cross in front of their star. This makes it possible to learn about the chemistry on the planet by analyzing the starlight as it passes through the atmosphere, and seeing the signature of different chemical compounds absorbing the light.