What happens to your brain when a baby cries? 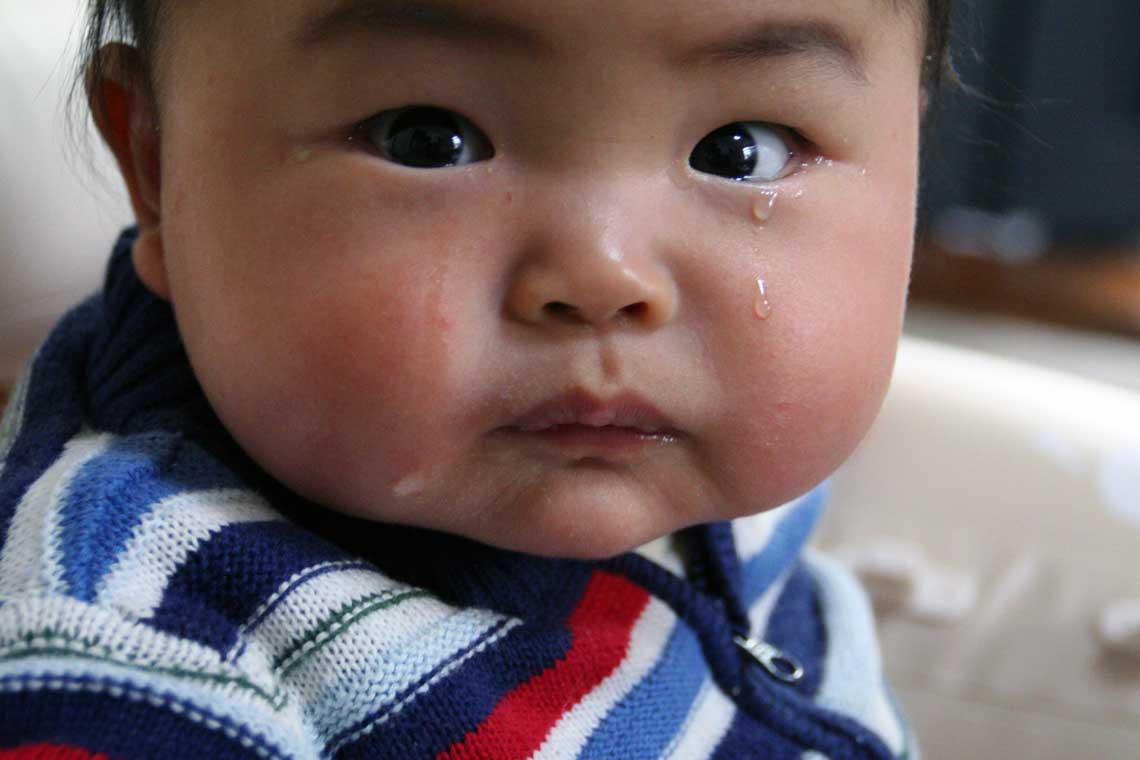 A baby’s cry not only commands our attention, it also rattles our executive functions – the very neural and cognitive processes we use for making everyday decisions, according to a new University of Toronto study.

“Parental instinct appears to be hardwired, yet no one talks about how this instinct might include cognition,” says David Haley, co-author and associate professor of psychology at U of T Scarborough.

“If we simply had an automatic response every time a baby started crying, how would we think about competing concerns in the environment or how best to respond to a baby’s distress?”

The study looked at the effect infant vocalizations –in this case audio clips of a baby laughing or crying – had on adults completing a cognitive conflict task. The researchers used the Stroop task, in which participants were asked to rapidly identify the color of a printed word while ignoring the meaning of the word itself. Brain activity was measured using electroencephalography (EEG) during each trial of the cognitive task, which took place immediately after a two-second audio clip of an infant vocalization.

The brain data revealed that the infant cries reduced attention to the task and triggered greater cognitive conflict processing than the infant laughs. Cognitive conflict processing is important because it controls attention – one of the most basic executive functions needed to complete a task or make a decision, notes Haley, who runs U of T’s Parent-Infant Research Lab.

“Parents are constantly making a variety of everyday decisions and have competing demands on their attention,” says Joanna Dudek, a graduate student in Haley’s Parent-Infant Research lab and lead author on the study.

“They may be in the middle of doing chores when the doorbell rings and their child starts to cry. How do they stay calm, cool and collected, and how do they know when to drop what they’re doing and pick up the child?”

A baby’s cry has been shown to cause aversion in adults, but it could also be creating an adaptive response by “switching on” the cognitive control parents use in effectively responding to their child’s emotional needs while also addressing other demands in everyday life, adds Haley.

“If an infant’s cry activates cognitive conflict in the brain, it could also be teaching parents how to focus their attention more selectively,” he says.

“It’s this cognitive flexibility that allows parents to rapidly switch between responding to their baby’s distress and other competing demands in their lives – which, paradoxically, may mean ignoring the infant momentarily.”

The findings add to a growing body of research suggesting that infants occupy a privileged status in our neurobiological programming, one deeply rooted in our evolutionary past. But, as Haley notes, it also reveals an important adaptive cognitive function in the human brain.

The study, which is the first to examine the effects of infant vocalizations on adult neural activity during a cognitive task, will be published in the journal PLOS ONE. Marc Bornstein, a senior investigator at the Eunice Kennedy Shriver National Institute of Child Health and Human Development, was also a co-author. The study received funding from the Canada Foundation for Innovation (CFI) and the Natural Sciences and Engineering Research Council of Canada (NSERC)

Haley says the next steps for the research will be to look at whether there are individual differences in the neural activation of attention and conflict processing in new mothers that may help or hinder their capacity to respond sensitively to their own infant’s cry.