What happens to wildlife when humans alter their habitat? U of T research sheds some light The research found that some bird species were vulnerable to habitat loss in the Thousand Island Lake area of China. The top two bird species survived habitat fragmentation, but the bottom two were left vulnerable (photos by Yuhao Zha and Di Zeng)

What happens to birds living in the wild when you instantly flood an area, roughly the size of Chicago, and forever change their habitat?

According to new U of T research not only is there an overall loss of species, but those that remain also end up being very alike.

“You lose uniqueness – a full gamut of species that have their own distinct feeding strategies, physical characteristics and niches, not to mention genetic diversity,” says Marc Cadotte, an associate professor of biology at U of T Scarborough.

The study, led by Cadotte’s postdoctoral researcher Xingfeng Si and co-supervised by Professor Ping Ding from Zhejiang University, looked at what’s called community disassembly by focusing on birds living in the Thousand Island Lake area of China. The lake itself was formed in 1959 with the opening of the Xin’an River hydroelectric station – an area of continuous forest was instantly changed into a massive lake with more than a thousand islands. 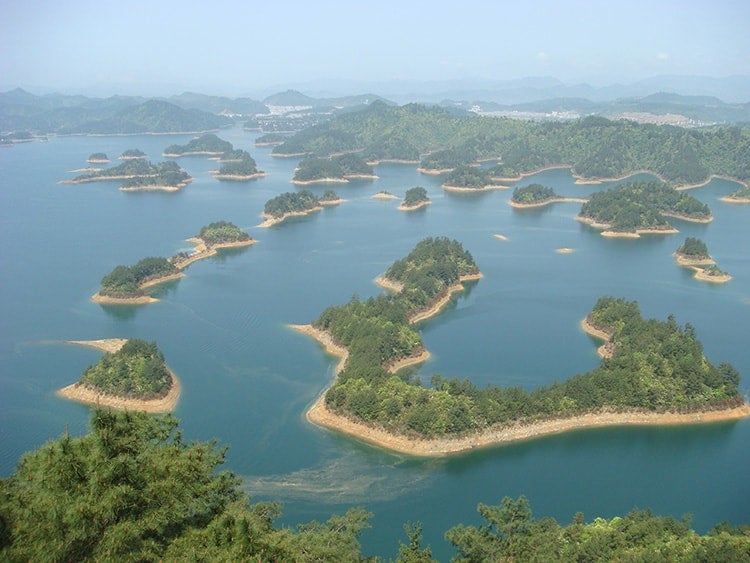 Researchers looked at bird species in the Thousand Island Lake area of China, which was formed in 1959 with the opening of the Xin’an River hydroelectric dam

The goal of the research, which will be published in the Journal of Animal Ecology, is to help researchers predict what kinds of communities will end up living in similar fragmented habitats –environments that have been changed by human activity.

“We have a lot of uninterrupted forests in Canada, but that’s changing,” Cadotte says. “We’re moving further north, tearing up forests, expanding development into new areas, and we should want to know how much biodiversity these altered ecosystems can hold.”

The Thousand Island Lake area of China offers a unique opportunity to study exactly what happens to wildlife when natural habitats are fragmented by human activity, Si says.

“When the area was first flooded a bunch of species would have disappeared from the islands because some birds like the silver pheasant need a large territory,” he says.

For these birds, the newly created islands were too small to maintain a population because of a lack of space for nesting, food or other resources. For birds that rely on foraging for insects, they too wouldn’t have been able to survive. 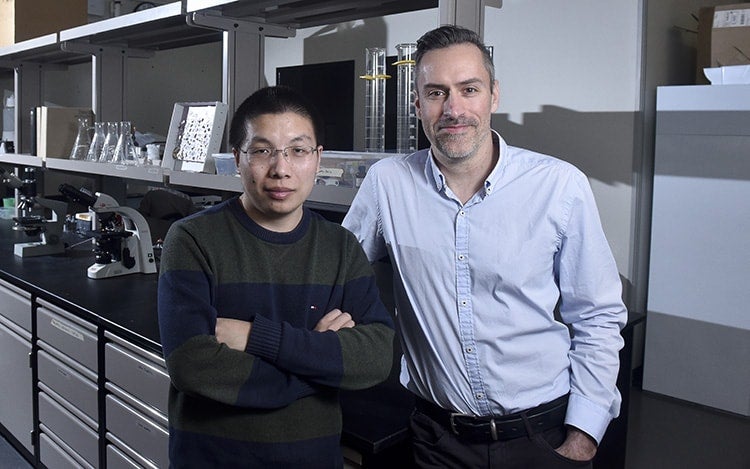 The result was a significant drop in the number of birds living on these newly created islands. Si says that on the mainland close to the lake there are 55 different species of terrestrial breeding birds in total, but on larger islands that number drops to 44. On smaller islands, it’s about 20, sometimes less.

Cadotte says what ends up happening through disassembly is two forms of biodiversity loss. In addition to losing raw diversity – that is fewer species in general – the ones that remain are very similar to each other.

“That loss of unique species can have all sorts of consequences,” he adds.

He adds that for a lot of habitats, fragmentation is a relatively new arrangement. Human activity is changing areas where habitats used to be continuous and harboured many different types of species.

“A lot of human activity occurs without asking what the natural world will look like after or how biodiversity will be affected,” Cadotte says. “Studies like this can help us answer questions about how much biodiversity the world will hold when we fragment habitats.”