Whales' eyes offer glimpse into their evolution from land to sea: U of T researchers 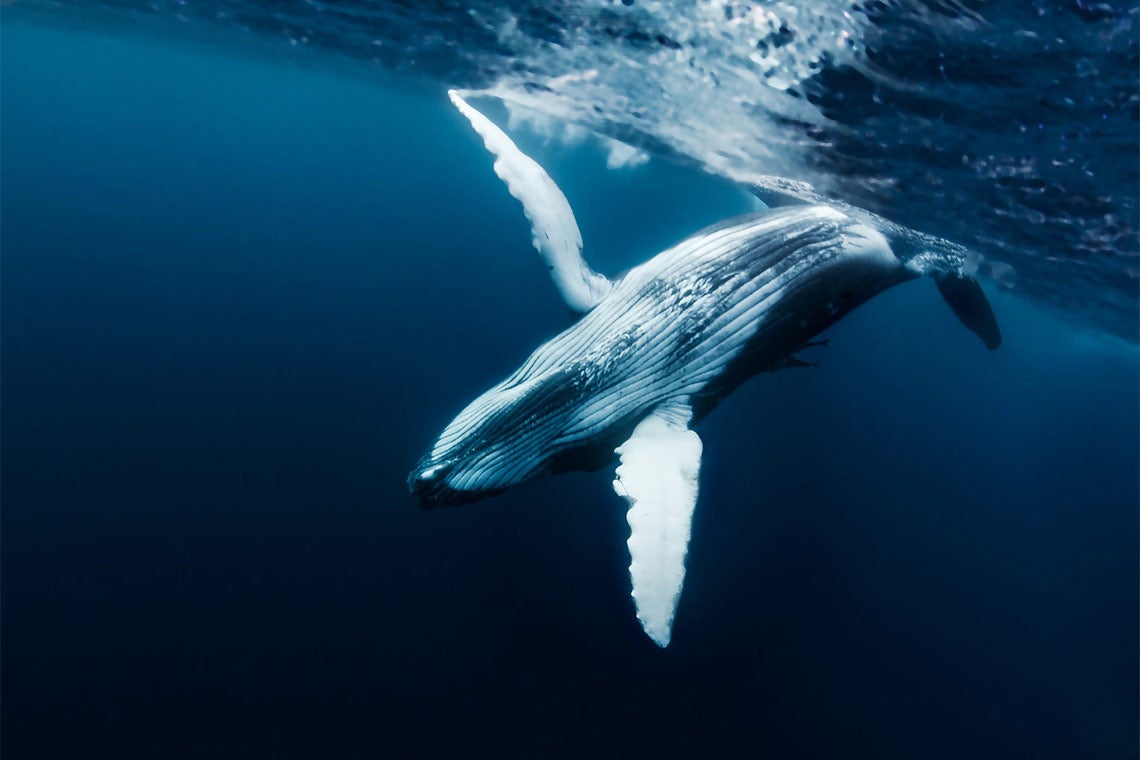 University of Toronto researchers have shed light on the evolutionary transition of whales' early ancestors from on-shore living to deep-sea foraging, suggesting that these ancestors had visual systems that could quickly adapt to the dark.

Their findings show that the common ancestor of living whales was already a deep diver, able to see in the blue twilight zone of the ocean, with eyes that swiftly adjusted to dim conditions as the whale rushed down on a deep breath of surface air.

"In the evolution of whale diving, there's been a long-standing question of when deep-sea foraging evolved," says Belinda Chang, a professor in the Faculty of Arts & Science's departments of ecology and evolutionary biology, and cell and systems biology. "And it seems that based on our data, this happened before toothed and baleen whales diverged. The common ancestor of all living cetaceans was deeper diving – and then later species evolved all the diverse foraging specializations we see in modern whales and dolphins today."

Chang worked with Sarah Dungan, a former member of Chang's lab who has a PhD in ecology and evolutionary biology from U of T, on a study describing their experiments, computational analysis and results in the Proceedings of the National Academy of Sciences.

Deep diving by marine mammals is one of the great evolutionary transitions, along with powered flight and living on land, and reveals much about how quickly life can adapt in a changing world.

Whales evolved from mammals that share a common ancestor with hippos and that were partially aquatic. The great mystery of their transition to deep-sea foraging was how quickly this ability developed. Dungan and Chang looked at whale fossils on a molecular level and focused on the rhodopsin protein, which absorbs light and sends a signal that travels through the retina to the brain.

“One of the most intriguing aspects of this iconic land-to-sea evolutionary transition is that the qualities of the visual environment completely changed,” says Chang. “This helped to define which genes would be the most interesting for us to target in our studies.”

Dungan applied robust data science models to rhodopsin proteins from a variety of living whales and related mammals. This computerized analysis revealed a gene sequence representing the rhodopsin found in the common ancestor of all living whales. She expressed this gene in lab-grown cells to “resurrect” the predicted protein and experiment on purified samples.

"The fossil record is the gold standard for understanding evolutionary biology,” says Dungan. “But despite what Jurassic Park would have you believe, extracting DNA from fossil specimens is rare because the condition tends to be poor. So, if you’re interested in how genes and DNA are evolving, you rely on mathematical modelling and a strong sample of genes from living organisms to complement what we understand from the fossil record." 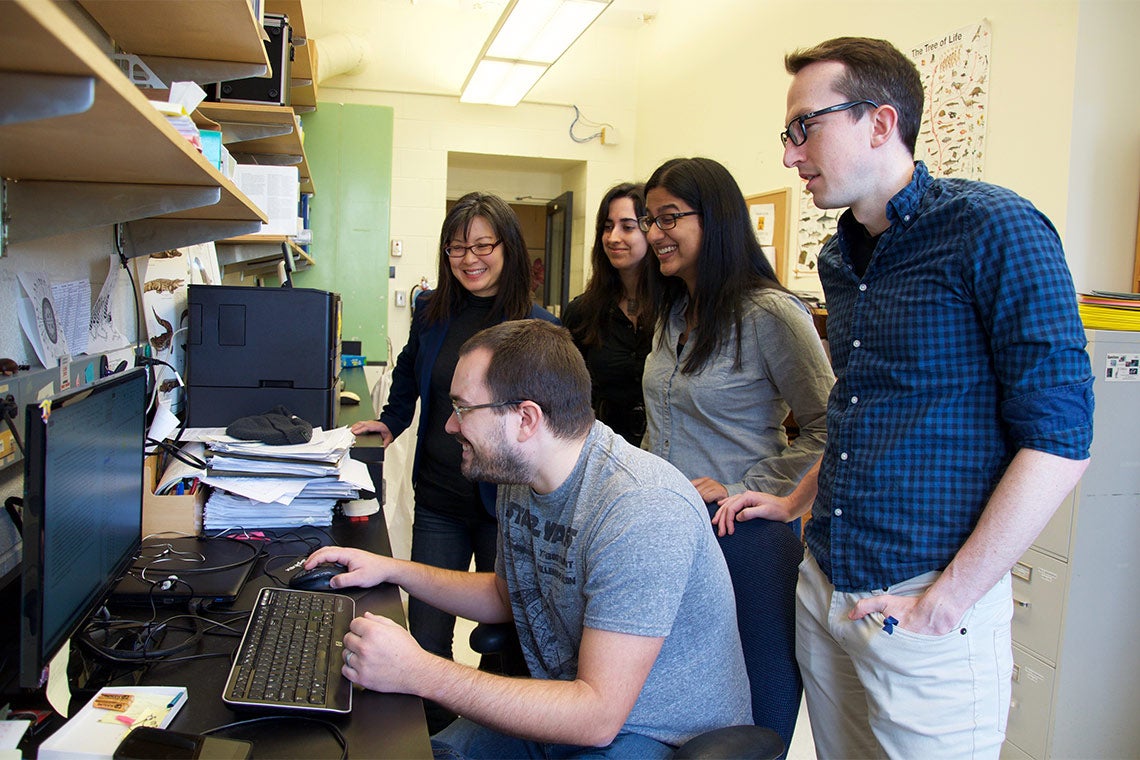 Belinda Chang (back left) leads a lab that focuses on the evolutionary transition of animals' vision. Sarah Dungan (right of Chang) researched whale vision as a former member of Chang’s lab (photo by Diana Tyszko)

Dungan and Chang were astonished by the biochemical properties of the resurrected protein compared to land mammals. Early whale rhodopsin was more sensitive to the blue light that penetrates deepest into the ocean, to a degree that exceeded expectations. Its biochemical properties also suggested that the retinas of early whales could respond rapidly to changes in light levels.

Early whales eventually evolved into the many kinds of toothed whales and baleen whales we see today. As separate species of whale evolved, they established ecological niches at various levels of the sea and even in freshwater rivers. Dungan and Chang’s work shows that there were further evolutionary adaptations as members of both groups either surfaced from the early deep levels to hunt closer to the surface or specialized to become even more extreme divers.

"I’ve always been fascinated by whales,” says Dungan. “The idea that there was a land mammal like me that eventually evolved to live underwater blew my mind as a kid, even though I really didn't understand exactly what that meant at the time.

“It is amazing that now we can have this level of insight into the lifestyle of a long-extinct organism, just from doing laboratory experiments on one protein. Ancestral protein resurrection is an incredibly powerful way for us to interrogate how ancient organisms evolved that most people don't know about,” she adds.

Next, Dungan and Chang plan to resurrect the ancestral whale proteins that transmit the rhodopsin light signal from the retina to the brain to provide insights into the neurological adaptations associated with deep diving. They will probe ancient evolutionary adaptations associated with new behaviours and hope to gain greater insight into how animals may adapt to a changing world.