'We have really ambitious plans': Robotics research gears up at U of T Mississauga 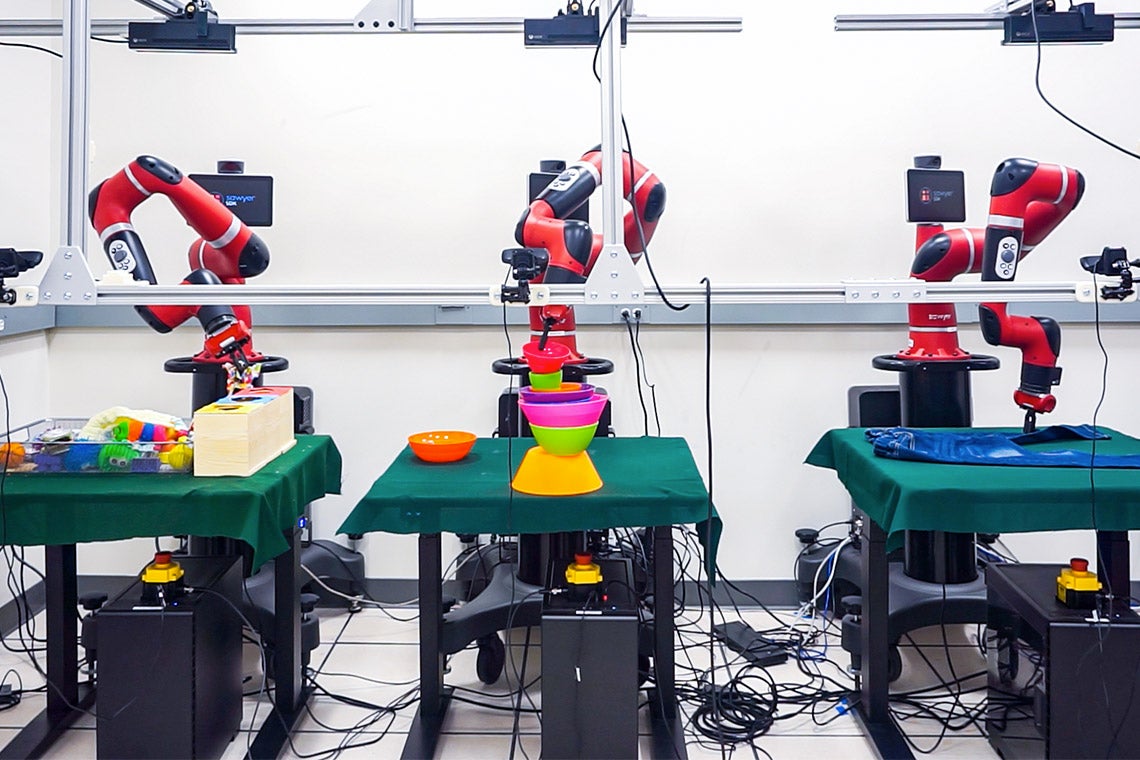 A growing robotics research cluster at U of T Mississauga is connected to the recently launched U of T Robotics Institute, which aims to strengthen robotics research across the university (photo courtesy of Animesh Garg)

The University of Toronto Mississauga is forging a robotics research and teaching cluster that – as part of U of T’s new university-wide Robotics Institute initiative – will help “take robotics to the next level.”

That’s how Jessica Burgner-Kahrs describes what's in store for robotics innovation at U of T Mississauga in the years ahead.

“With the great resources and the support we have, great research can flow from here,” says Burgner-Kahrs, an associate professor at U of T Mississauga’s department of mathematical and computational sciences and an expert in continuum robotics who has emerged as the de facto leader of the U of T Mississauga robotics cluster.

“We’re building a research program and creating a whole academic program from scratch.”

The “we” to which Burgner-Kahrs refers includes her two colleagues, both assistant professors: Florian Shkurti, who joined U of T Mississauga last December after earning his PhD at McGill University, and Animesh Garg, who arrives this summer from Stanford University via a job in the robotics industry. 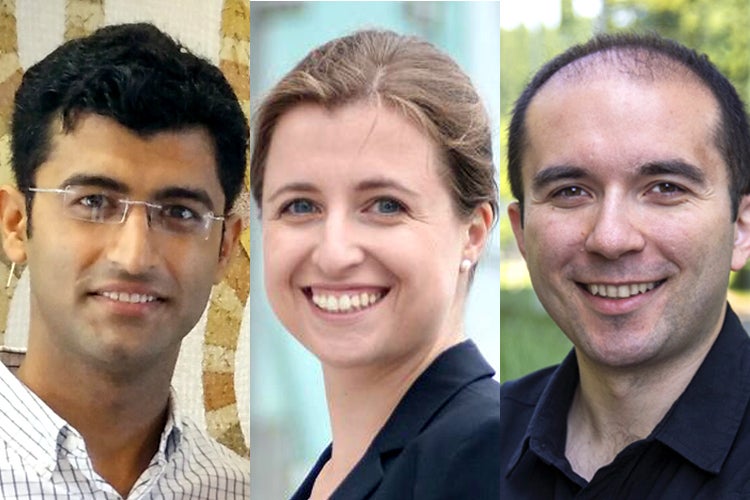 The three faculty members are simply the start of the cluster: U of T Mississauga plans to add between two and four additional faculty to the group. The cluster is part of the recently launched U of T Robotics Institute, which aims to strengthen robotics research and innovation across the university and boasts researchers from engineering, computer science, aerospace and other disciplines. The Institute is housed at the Faculty of Applied Science & Engineering’s Myhal Centre for Engineering Innovation & Entrepreneurship.

“The institute links us so that we have a unified presence on campus and beyond,” says Shkurti. “We are the largest robotics institute in Canada and we have really ambitious plans.

“We now have a broad network of collaborators, which will allow us to create joint funding proposals. The gears are turning.”

Burgner-Kahrs relocated her lab to U of T Mississauga from Germany to continue her work in continuum robotics. The robots she builds from scratch are flexible, with no joints, and they can be as small as one millimetre in diameter. Her personal interest is in medical applications – microsurgery, for example – but she envisions people also using the tiny robots to inspect the guts of a machine or to snake through rubble after an earthquake to find survivors.

Such tasks require communication between the humans in charge and the robots, as well as a thorough understanding of the movements required to execute tasks and the ability to craft the appropriate algorithms.

“For all of these tasks, we are busy answering the fundamental questions that will make them possible,” Burgner-Kahrs says. “We are at the frontier of something new.”

Her colleagues, too, are breaking new ground. Shkurti works with imitation learning, a subset of machine learning that explores how robots can learn effectively from humans. His research involves robots that can replicate movements without repeated demonstrations as well as understand what to do in specific situations as they arise.

“How do robots understand why humans are showing them certain actions and how can they replicate these actions? I want to make it easier for humans to specify what they want by demonstrating it, not by writing code. This makes robotics accessible to a wider audience.”

For example, robots can be trained to work with divers at coral reefs, searching for a specific type of coral underwater and recording the necessary scientific data.

Garg is also interested in imitation-guided reinforcement learning, teaching robots to “watch” a how-to video and learn how to understand a task and execute it in a potentially new context.

“My work mixes computer vision with reinforcement learning and traditional control,” he says.

Garg has identified several important applications for his research. They include: material handling, where corporations with huge warehouse operations need to fetch, pick, pack and ship products; assembly, where pieces of a product made overseas are shipped to Canada and put together locally to avoid duties; and conventional surgery, “where there is a very fixed checklist of tasks that are repetitive and monotonous.”

“These applications all have a key thread: how robot hands manipulate objects the same way we do,” Garg says. “I’m not interested in replacing humans. I think of robots as the new tools; the technology embeds itself in these devices. I want to simplify complicated processes.”

The three founding members of U of T Mississauga’s robotics cluster see a lot of commonalities and opportunities for collaboration in their work.

“All of us work at both the fundamental level of algorithm design and the application level with robots in action, both indoors and outdoors,” Shkurti says. “There are research threads connecting all of us and I envision us collaborating on fundamental research in robot control.”

They are also excited about the possibilities at hand.

“The administration has been proactive about making UTM into a powerhouse in robotics,” Garg says.

“The faculty is positioned for creating a critical mass of researchers. For me, it felt like a no-brainer to come here.”