'A watershed moment': U of T's Lucan Ahmad Way on how the war in Ukraine could reinvigorate democracy 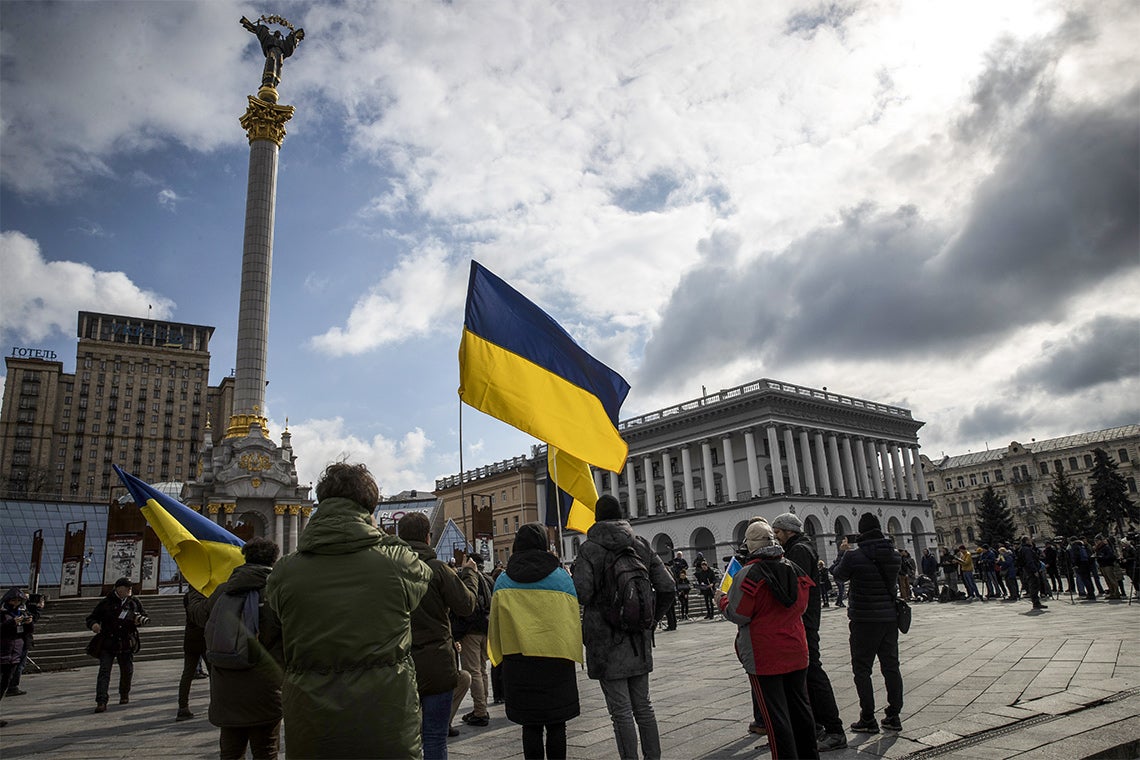 Ukrainians wave flags during a live performance of the Kyiv Symphony Orchestra at Independence Square on March 9, 2022 (photo by Emin Sansar/Anadolu Agency via Getty Images)

As Russian President Vladimir Putin’s bloody invasion of Ukraine is poised to enter its third week, it’s become increasingly clear that he badly misjudged the resourcefulness of Ukraine’s military and the unwillingness of average Ukrainians to accept an occupation.

At the same time, Western sanctions are squeezing Russia’s economy as multinational corporations from Apple to McDonald’s suspend operations in the country.

“I think his ideal scenario was the invasion of Crimea in 2014, when there was literally no military resistance to the takeover,” says Lucan Ahmad Way, a professor in the department of political science at the University of Toronto Scarborough who is cross-appointed to the Munk School of Global Affairs & Public Policy and is an associate at the Centre for European, Russian & Eurasian Studies.

“There were international sanctions, but they were limited, and normal life could go on. As a result, his popularity soared. It’s hard to know what he was thinking when he invaded Ukraine, because this is not Crimea.”

Way, who is co-director of the Petro Jacyk Program for the Study of Ukraine and co-chair of the editorial board of the Journal of Democracy, recently spoke with Faculty of Arts & Science writer Cynthia Macdonald about how the war is being viewed from both Ukraine and Russia – and what it could mean for Putin and the future of democracy in Europe. 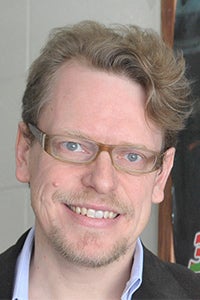 Prior to this invasion, what was the attitude of Ukrainians toward Russia?

I think first about western Ukraine, which was the birthplace of Ukrainian nationalism. It’s a place where there’s a very strong tradition of anti-Russianism, and the centre of an insurgency against the Soviet occupation that lasted for about a decade after the Second World War. It’s also the same region that helped to overthrow autocratic governments in Ukraine in 2004 and 2014. So even in the absolute worst-case scenario in which Putin is successful militarily, it’s unimaginable that he could take over that region in any more than a nominal sense.

And you also have a whole generation of young people fighting right now who have known nothing but an independent Ukraine. If you look at public opinion polls even before the war, 90 per cent of people in the country supported independence from Russia. Even in southeast Ukraine, which is where you traditionally had more pro-Russian attitudes – about 85 per cent supported Russia there – the situation has changed. So it’s hard to see how this ends well for Putin.

In Russia itself, how has the people’s support for Putin changed as a result of recent events?

Putin’s view of Ukraine as being historically part of Russia is widespread among many Russians. Many of them have a very poor understanding of Ukraine. Living in Moscow, I was always shocked about that. Many Russians have relatives who live in Ukraine and most of them have been there. In spite of that, they’ve commonly believed some of Putin’s rhetoric about Ukrainian neo-Nazism and their having a puppet government controlled from abroad.

But now they’re being asked to sacrifice their children and the sanctions are causing enormous hardship – you can’t take money out of an ATM. Clearly all this is very much of a problem for Putin. I think his ideal scenario was the invasion of Crimea in 2014, when there was literally no military resistance to the takeover. There were international sanctions, but they were limited, and normal life could go on. As a result, his popularity soared. It’s hard to know what he was thinking when he invaded Ukraine, because this is not Crimea.

We’re seeing more and more protests in the streets of Russia. In the long run, will this be meaningful?

I think it’s quite meaningful. You see opposition from various surprising sources – religious leaders and many celebrities. At the same time you’ve also seen, sadly, radio and television stations in Moscow that had been operating independently, but are now shut down. So, you’ve seen the closure of the remaining islands of liberalism that had survived through 20 years of Putinism.

Traditionally, Putin has been concerned about public opinion and he has been responsive. But the impact on Russia has been much more severe and swift than we ever would have expected. You have thousands dying in a war that people really do not understand. And again, people’s close relatives and friends live in Ukraine. Almost everyone has personal connections there and that is really important. In that respect, this is very different than other conflicts that Russia has been involved with, such as Chechnya or Syria.

So given all this, a week ago I would have said the chances of revolution in Russia are minuscule. There was no organized opposition and Putin was quite popular. But he’s now single-handedly radically changed that whole situation: revolution is now something we can envision happening.

Your 2010 book Competitive Authoritarianism: Hybrid Regimes After the Cold War describes a phenomenon where free elections are held within a country, and yet at the same time the deck is stacked in favour of the authoritarian candidate. Has this been the case for Ukraine?

Yes, for certain periods of time. Under [pro-Russian] President Viktor Yanukovych you had the opposition in jail, so it really wasn’t a democracy. At the same time, opposition parties were allowed to campaign and compete in elections. Right now, I think Ukraine is very much a democracy as evidenced by the fact you have Volodymyr Zelensky as president. A total outsider and someone who was not at all connected to the inner circle or the power structure, he was still able to win 73 per cent of the vote. Ukraine, with the possible exception of Moldova, is perhaps the most democratic of the former Soviet republics. And Ukrainians have fought really hard for their democracy.

Is it surprising to Putin that Zelensky has shown such strength in this conflict?

I think so. A lot of Zelensky’s support came from eastern and southeastern Ukraine, which are Russian-speaking. And I think in a sense what happened with the Russian-Ukrainian relations was that Putin had high hopes for him initially, because of his cultural orientation. Zelensky’s first language was Russian, he was born in central Ukraine, and his power base was in the more Russophile parts of the country. Putin felt that Zelensky would accommodate Russia more. But that didn’t happen, and I think that was a tipping point.

Yet I agree with what everybody says: Zelensky is really the man of the moment and has shown enormous bravery. His social media broadcasts have become a lifeline for maintaining Ukrainian unity in the face of this threat.

Ukraine is fighting for democracy. And at the same time, in other parts of the world, there seems to be a creeping appetite for authoritarianism. How do you think this war might change attitudes elsewhere?

I think the decline of democracy has been exaggerated. If you look at the numbers, it is healthier than at any other time in history. But this may be a watershed moment: it’s kind of reinvigorating what’s happened since 1991. We’ve had to fight for democracy, and I think that sense of common purpose has been really important. We can’t take any of this for granted, especially in Europe. I think there will be a silver lining in all of this, in that it will re-enforce our commitment.