Watching the detectives: U of T theatre grad returns to role on crime drama 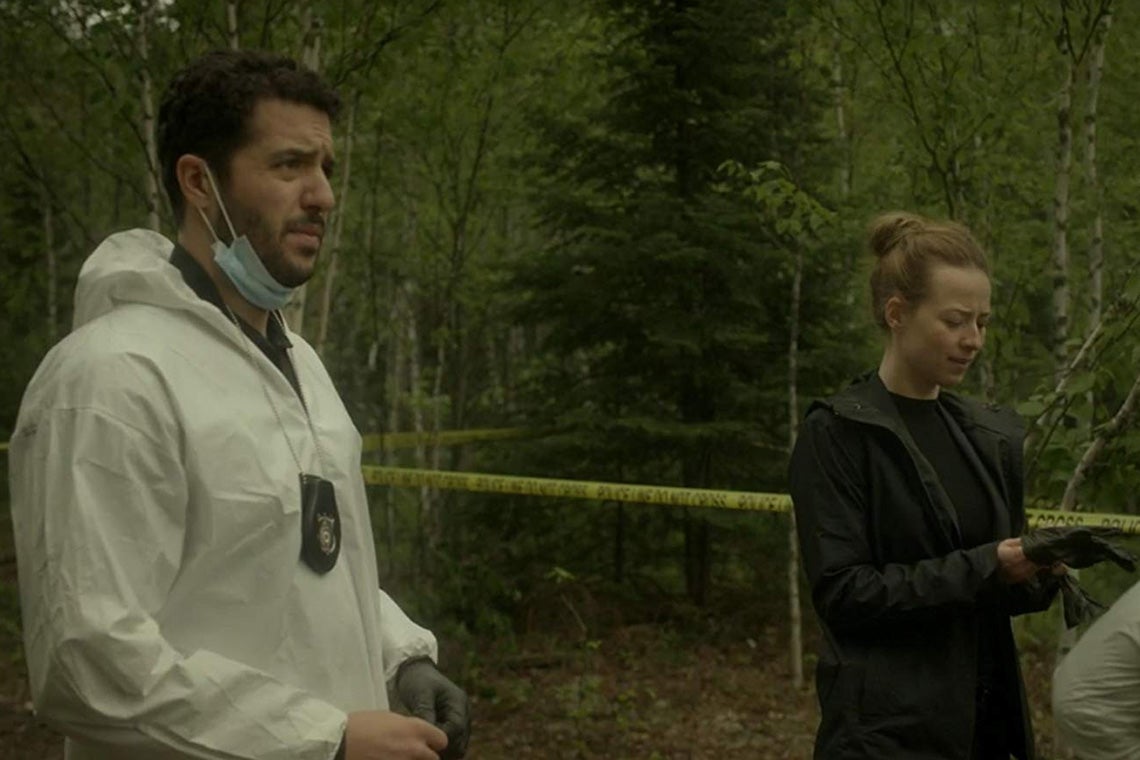 Actor and University of Toronto alumnus Zach Smadu has come a long way from his early days in Saskatchewan’s musical theatre scene. Since graduating in 2005, the Regina-born, Toronto-based actor has added 22 film and television productions to his list of credits, including roles that found him sharing the screen with big-name actors and as a recurring character on a network crime drama.

Smadu got his start at the age of 10, appearing in musical productions with Do It With Class, a Regina-based theatre company that also launched the careers of Broadway musical actor Paul Nolan and Orphan Black actress Tatiana Maslany. While in high school, the company toured Ontario and Smadu was introduced to U of T’s theatre program.

“I knew U of T was a good place for actors,” says Smadu, who turned down other Canadian and U.S. drama schools in favour of the joint Theatre and Drama Studies program offered by U of T Mississauga and Sheridan College.

“I really liked the practical, conservatory-style training balanced with academic work,” he says.

Smadu has fond memories of living in residence throughout his time at U of T Mississauga. “For an out-of-province student, it was great little community,” he says. “I was president of residence life in my first year, and was a don for three years. The community and friends and sense of belonging was a huge support for me. I loved it.”

During his time at U of T Mississauga, Smadu acted in productions of Shakespeare’s Love’s Labour’s Lost, Pride and Prejudice and The Actor’s Nightmare.

“I got a lot of exeperience backstage, too,” Samdu says. “But I wanted to be performing all the time.”

“Theatre has always been a big part of what I do,” says Smadu, who graduated with an bachelor's degree. “It’s my number one passion, but recently film has also sparked my interest.”

The actor can currently be spotted on the small screen in the third season of Cardinal. The crime drama is set in the fictional northern Ontario city of Algonquin Bay and based on novels by fellow U of T Mississauga alumnus Giles Blunt. The series airs in Canada on CTV, and on channels in Europe, Australia and the United States.

This is Smadu’s second season playing the role of Detective Ash Kular, who is the foil for the character of Detective Ian McLeod, played by actor James Downing. “We get to rip on each other – he’s the old guard and I’m the young pup,” Smadu says. “It’s been fun to do that and bring some levity to the series.”

Smadu will be returning for the series’ fourth season, which begins shooting in North Bay in February.

Other recent television credits include a stunt-packed episode of teen superhero series Titans, CBC comedies Workin’ Moms and Kim’s Convenience, and roles in upcoming Hallmark movies. On the big screen, Smadu played a young Washington lobbyist in the 2016 film Mrs. Sloane, sharing the screen with Jessica Chastain and John Lithgow. He also played a police officer in the 2018 Anna Kendrick and Blake Lively thriller A Simple Favor.

Smadu says he loves the variety of skills and experiences that his work demands of him. “There’s a different style and a different energy with each production. There’s always a new opportunity to learn a new character, a new technique, a new trick,” he says. “There are so many variables and that’s what makes this work so exciting.”

“My training at UTM was foundational and gave me a good base and understanding to grow my craft,” he says. “I feel like I’m just getting started and I’m really looking forward to what’s next.”