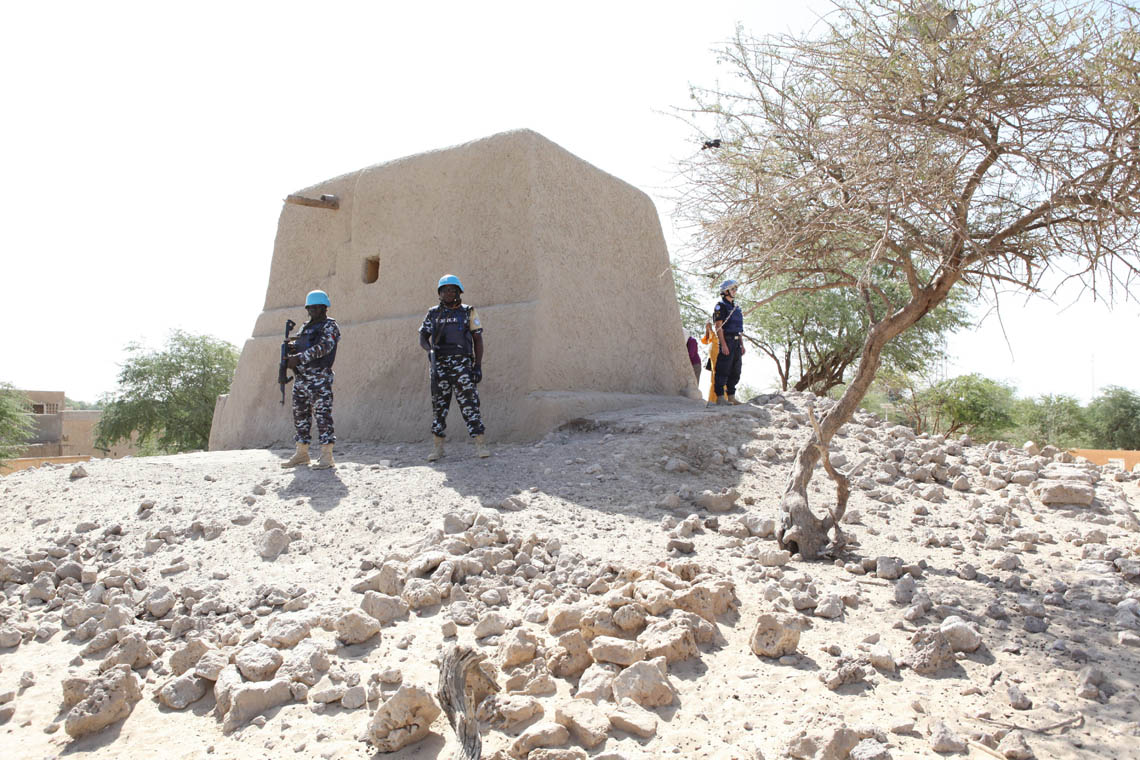 Earlier this week, Ahmad al-Faqi al-Mahdi pleaded guilty at the International Criminal Court to ordering the destruction of 10 cultural sites in Timbuktu, Mali in 2012. U of T News spoke with Munk School of Global Affairs research fellow Mark Kersten (below) about what makes al-Mahdi’s trial significant, and what it could mean for international justice. Kersten (@MarkKersten on Twitter) has been studying the ICC for several years and frequently writes about the court on his blog at https://justiceinconflict.org/.

What specifically about this case is unprecedented?

While the destruction of cultural sites has been prosecuted before, the al-Mahdi trial marks a number of ‘firsts’ for international justice and the International Criminal Court in particular. It’s the first time that anyone has been prosecuted for destroying cultural sites as a war crime. Al-Mahdi, who has accepted responsibility for demolishing shrines and mausoleums in Timbuktu, is also the first-ever Islamic radical and the first citizen of Mali to be put on trial at an international criminal tribunal. For the ICC, it is the first time that anyone charged by the Court has pleaded guilty.

Why has the ICC chosen to proceed with al-Mahdi’s trial proceed despite his guilty plea?

Neither al-Madi’s defence nor the prosecution can avoid the official procedures of the court  — nor should they. There may be questions that judges would like clarified by al-Mahdi’s defence team, the prosecution, and the accused himself. This is in the international public’s interest. If there were no trial hearings, al-Mahdi would not have been able to so publicly announce his regret for the crimes he committed nor implore other Muslims to avoid following his destructive path. Moreover, the prosecution and defence team struck a plea agreement which stipulates that if ICC judges give al-Mahdi a sentence of somewhere between 9 and 11 years, no party to the proceedings will appeal. The court’s judges are not bound by that agreement, even if they have an interest in following it in line with their commitment to efficient proceedings. Judges will want to probe other aspects of the trial and the plea agreement. And victims and survivors in Mali have the right to see al-Mahdi face questions over his motivations, his remorse, and the likelihood of him re-committing crimes in the future. Nevertheless, the trial should move very swiftly and will undoubtedly be the shortest trial at the ICC to date.

What is the significance of the ICC prosecuting war crimes that target the destruction of culturally important sites?

There has been widespread international condemnation of the destruction of cultural sites. Yet, before this week, there was very little legal recourse to prosecute those who perpetrate such cultural crimes. The acts of wanton vandalism and destruction by ISIS fighters in Palmyra and the obliteration of Bimayan Buddhas by the Taliban stand out as just two recent examples that have spurred international outrage at the loss of cultural antiquities. The ICC wanted to tap into that unified sense of anger and has sought to present itself as a relevant actor in holding perpetrators of cultural crimes to account. Because of its limited jurisdiction, it couldn’t achieve either of those aims in Syria or Afghanistan. But it could in Mali. Together with UNESCO, I think the ICC is positioning itself as the frontline of protecting cultural sites in time of war and violent political conflict. Whether they can successfully do so remains to be seen, but al-Mahdi’s trial is undoubtedly a momentous event in that mission.

Will this case have implications for legal charges against those that have destroyed cultural sites elsewhere like Syria and Iraq?

It could. Every time there is a trial on a specific charge, precedents are established and clarified. Still, I don’t think that ISIS fighters in Syria and Iraq will all of a sudden drop their grenades and crowbars because al-Mahdi was caught and prosecuted at the ICC. That’s just not how deterrence works — even if some people wish it would. We need to avoid raising the expectations of what international justice, from the ICC or any institution, can achieve. Nevertheless, when accountability for the panoply of atrocities in Syria and Iraq finally becomes possible, I think we are more likely to see energy and focus paid to cultural crimes because of the attention that al-Mahdi’s trial is receiving now.

Do you think this case will have an effect on the reputation of the ICC and its efficacy? Is this a step in the right direction?

For numerous reasons, this is a big win for the ICC. Al-Mahdi’s will be a short and efficient trial, which is important for a court that has been hobbled by inexcusably long proceedings. Given its woefully low budget, concluding a trial without expending too many resources is also important. Al-Mahdi’s surrender to the ICC was accomplished with the cooperation of both Niger and Mali, a fact that helps the Court counter the accusations that it is biased against Africa and that African states are ‘against’ the institution. Even before he was surrendered to the ICC, al-Mahdi was apparently cooperating with ICC investigators and prosecutors. That means he could help in bringing other perpetrators in Mali to account. This is why the criticism of skeptics who say the ICC should be focusing on the destruction of human lives and not bricks-and-mortar is short-sighted. If al-Mahdi provides solid testimony and evidence of other crimes, he could emerge as an extremely useful resource not only for the ICC but for accountability in Mali more generally. Finally, I think the ICC tapping into the sense of outrage at the destruction of cultural heritage sites serves the court’s interest of being a relevant institution and being seen as an institution that prosecutes crimes that ‘shock’ the conscience of humanity. In short, while the implications and impact of the al-Mahdi trial remain to be seen, I think this is a significant victory for a young, and still fledgling, court.