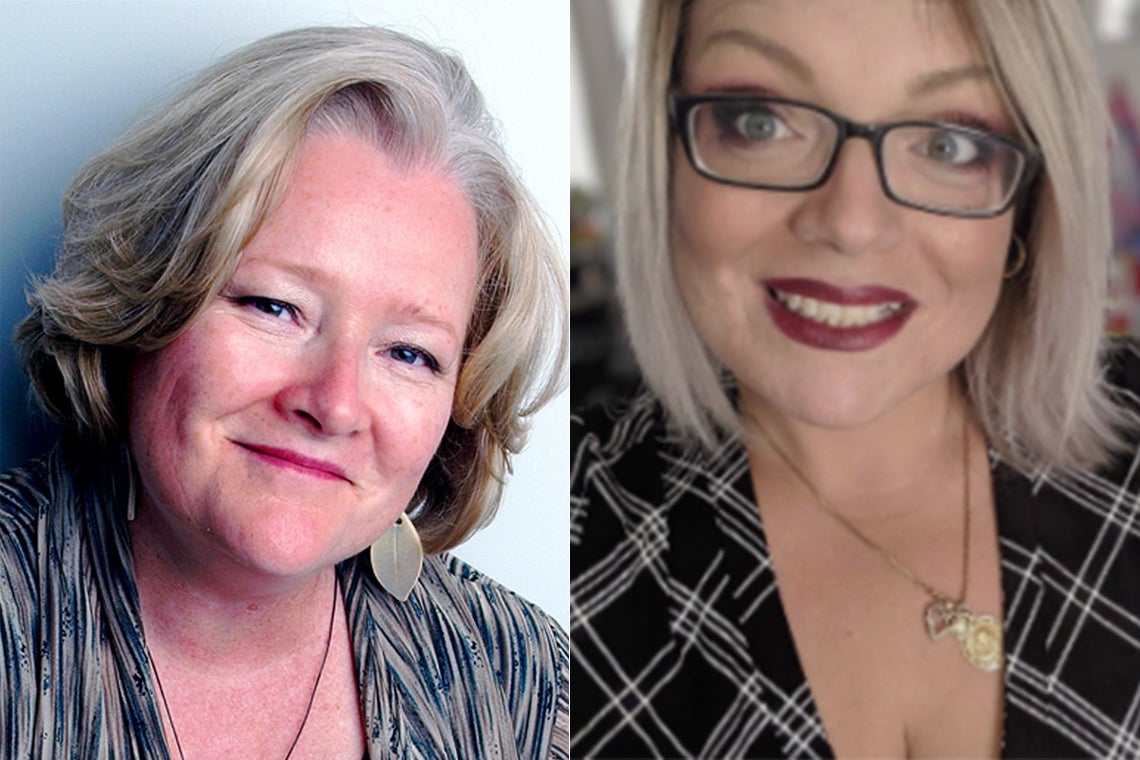 Carol Strike, a professor at U of T's Dalla Lana School of Public Health, and Natalie Kaminski, a research assistant, are studying a remote supervised-consumption model known as "spotting."

A group of researchers at the University of Toronto and the Canadian Association of People Who Use Drugs are studying a remote supervised-consumption model known as “spotting” to understand its benefits among people who use drugs during the pandemic.

The research team coined the term because the model involves a “spottee” consuming drugs in a safe location such as their home while a friend, family member or an acquaintance – the spotter –monitors them virtually.

“Before someone consumes a drug, they call their spotter on the phone who will be there on the call with them as they use,” says project lead Carol Strike, a professor at the Dalla Lana School of Public Health. “The spotter stays on the line with the spottee for another five to 15 minutes to ensure they are safe or call for help if needed.”

So far, Strike says the researchers have found that spotters and spottees view the model as a way to be safe during the pandemic.

“If the spottee overdoses, the spotter will call a neighbour, friend or an ambulance to come and help,” says Natalie Kaminski, a research assistant on the project.

The plan for overdose response is created by both parties before the spottee consumes a substance.

While people who use drugs have spotted each other in person for a long time, the study is exploring how it is being used amid COVID-19, Kaminski says.

Research team members with lived experience of drug use recruited 30 participants from their personal networks in Nova Scotia and Ontario to take part in the study. The participants reported an increase in their safety and said they appreciated the privacy and stigma-free environment that spotting offered. Spotters, meantime, reported an improved connection with their community and a sense of accomplishment when working with spottees.

“Also, given COVID, they can consume at home instead of coming to the safe injection site,” says Strike.

The researchers say such tactics are needed amid reports of a growing number of fatal opioid overdoses in Canada during the pandemic.

However, the spotting model isn’t foolproof. For one thing, some spotters fear help may not arrive in time to revive spottees.

“There are also concerns about police intervention if 911 is called, especially among people who use drugs who are racialized,” says Strike, pointing to recent headlines about over-policing and criminalizing of racialized people.

The research team has produced recommendations to improve spotting programs – notably the development of guidelines for spotters and spottees, awareness programs for spotting services in the community and trauma support for spotters.

They are also presenting results to conferences and will submit their findings to an open-access journal. Strike and her team are poised to receive additional funding to create educational materials such as animated videos and tip sheets. The team hopes to do more research about app-based supervised consumption and the recently-launched National Overdose Prevention Service – a service funded to provide spotting 24 hours a day, seven days a week.

“The primary goal of this project is to improve options for overdose prevention,” says Kaminski. “We’re hoping to make spotting safe for more people – in particular, those who don’t have access to supervised consumption sites.”

The study was made possible through funding from the Dalla Lana School of Public Health.