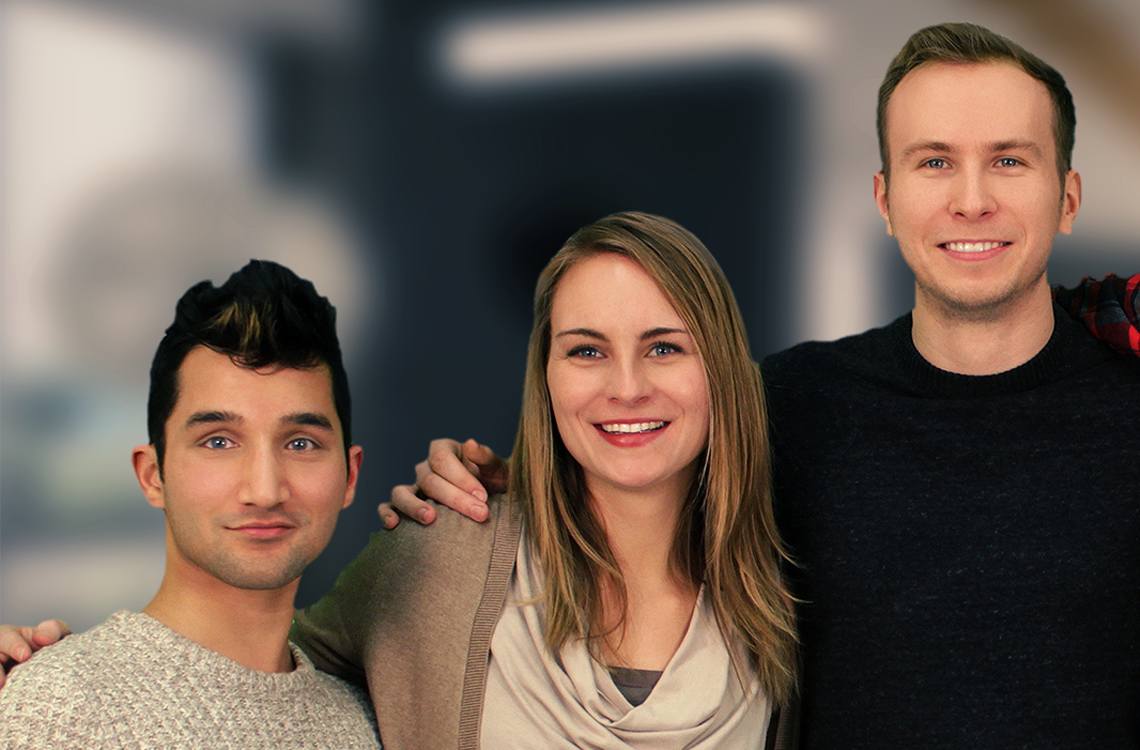 A new app developed by University of Toronto alumni aims to solve a perennial problem in scientific research — recruiting and retaining participants for clinical studies and trials. Anthony Nazarov and Maroof Moral, both Bachelor of Science graduates from University of Toronto Mississauga, along with McMaster University alumna Erica Tatham, hope to transform the way participants are recruited for medical studies. This fall, the entrepreneurial trio will launch a beta version ofParticipAid, a mobile app that will make it easier for volunteers and researchers to find each other.

“There is brilliant research happening in our city, especially at the University of Toronto and its affiliated hospitals and research networks,” Nazarov says. But often, researchers have trouble connecting with potential volunteers, contributing to costly delays.

The founders, who each have a background in scientific research, saw an opportunity to improve the process through mobile technology. With a germ of an idea, they turned to I-CUBE — UTM’s business incubator — and they’ve been gaining momentum ever since.

In 2015, ParticipAid won $2,500 at I-CUBE’s Startup Pitch competition, took top prize at U of T’s Tri-Campus Hackathon BLUE3, and won a business grant from the Research Innovation Commercialization (RIC) Centre. They went on to present their idea to mayors, chief administrative officers, chief information officers and economic development officers from cities around the world at the Intelligent Community Forum Summit in Toronto. In May 2016, ParticipAid won the Best Innovation for Tech Business prize in the Unlock Your Big Idea competition, nabbing a $10,000 prize and mentorship support from the Ontario Network of Entrepreneurs. Most recently, the app also won SmartStart seed funding from the Ontario Centers of Excellence, a provincially funded program that supports young entrepreneurs. “These grants will go a long way in helping put our first product out on the market,” says Moral.

Ahead of the fall launch, the team is working closely with Toronto-area hospitals, universities and research institutions to develop links with researchers seeking study participants. The beta version will allow study participants to browse study ads. Subsequent versions will include the ability to book participation sessions and manage reminders. Researchers will be able to post recruitment ads, manage schedules and broadcast research updates.

The trio hopes the ParticipAid app will encourage more public participation in clinical studies. “Participating in a research study is a great way to get involved in your local scientific community, give back to a noble cause and maybe even help make discoveries that save lives,” says Moral.

Tatham says that social and gamification elements will be added to keep users motivated. Future releases may incorporate a personalized newsfeed that displays a timeline of updates from all the studies in which a user has participated, providing a way to visualize the impact they are making in the scientific and medical communities.

Facilitating that connection can help accelerate medical discoveries and scientific advancements. “We want to create a real, tangible place in the scientific community where research participants can feel they belong,” says Nazarov. “Fostering that relationship could make a difference in the world.