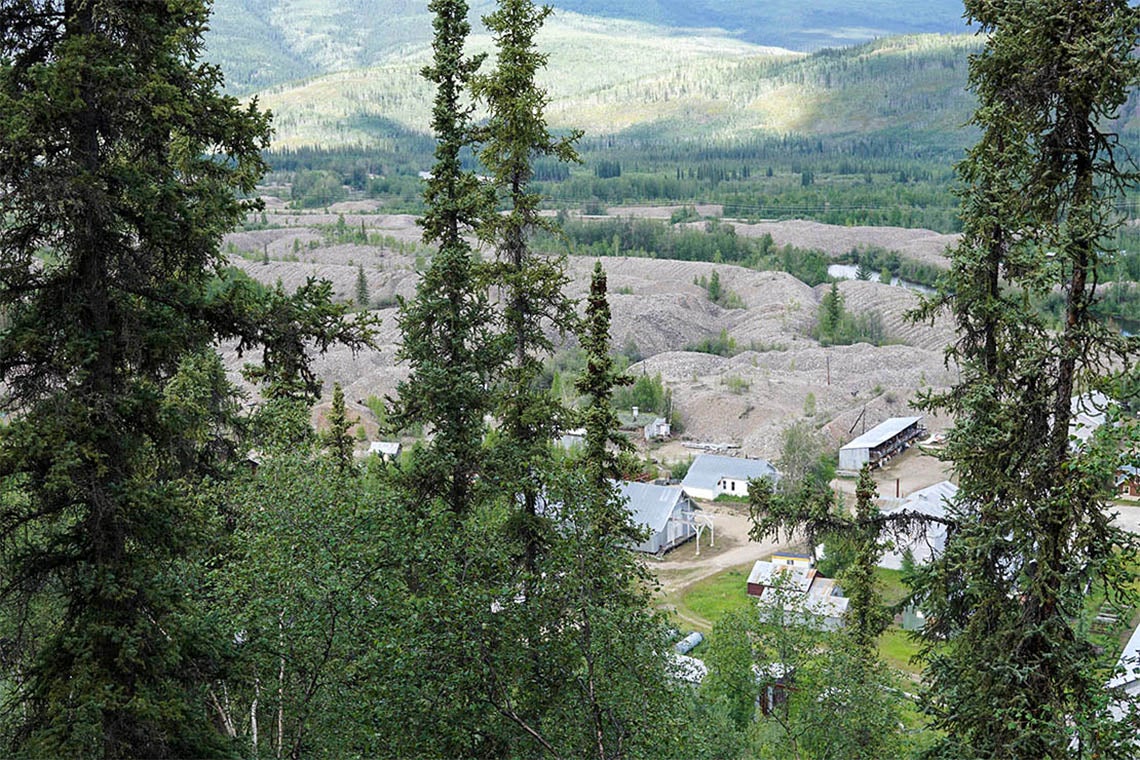 Researchers at U of T Mississauga examined tree rings in Bear Creek, a former mining site near Dawson City, Yukon, to trace the history of mercury contamination in the area (photo by Trevor Porter)

By examining clues hidden beneath tree bark, a research team from the University of Toronto Mississauga is recording the history of pollution in Canada’s North. 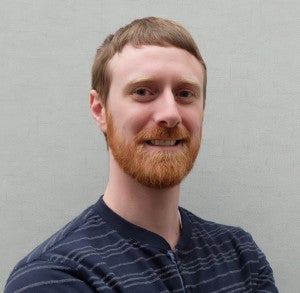 Paleoclimatologist Trevor Porter (pictured), an assistant professor of geography, geomatics and the environment who uses tree rings to understand past climate, recently teamed up with Igor Lehnherr, a fellow assistant professor who studies contaminants, and master’s student Sydney Clackett to investigate annual pollution levels at an old gold mining site in the Yukon. They were particularly interested in the “heavily polluted” Bear Creek area, a busy gold mining town that operated from 1905 to 1966 just outside Dawson City, Yukon.

One of the methods used in the past to extract gold from river gravel was to add mercury, which binds to the gold to help separate it from the sediment. The deposits were then heated to separate the gold and mercury. The process of burning off the mercury meant some of it was diffused into the atmosphere, where trees would “breath it in” during their growing season, according to Porter.

“Especially in the north, trees are growing in this really temperature-limited environment so we can look at the rings and almost interpret it like a climate record, going back in time,” he says.

The team found that the trees at Bear Creek not only hold a record of mercury levels, but those changes in levels match, precisely, the known activities at the site. Their findings were recently published in Environmental Pollution. 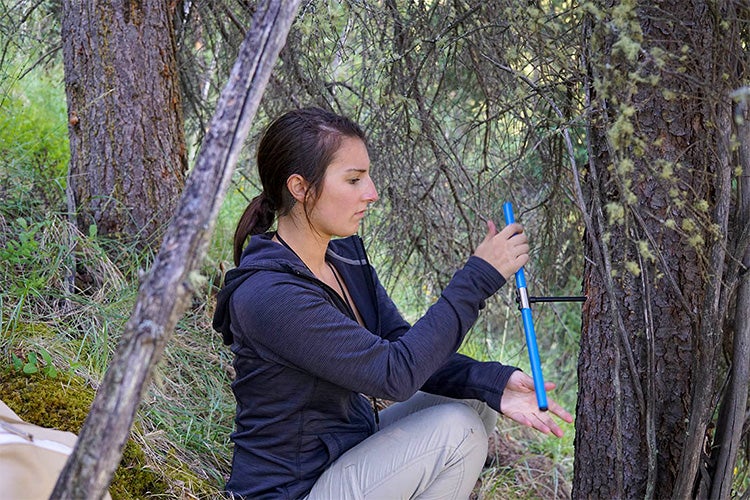 U of T Mississauga master’s student Sydney Clackett collects a bore sample from a tree at Bear Creek, a former gold mining site in the Yukon. The samples were used to measure past concentrations of atmospheric mercury in the area (photo by Trevor Porter)

“We were just amazed when we saw this big spike in mercury take off, especially when operations at the site started expanding,” Porter says. “Trends on this site were just orders of magnitude greater than what was happening naturally.”

In 1923, for example, there was a merger of all major Klondike mining operations and more ore was brought to Bear Creek for processing. That year, researchers observed a “rocket ship” trend in the mercury data. By contrast, as operations started to wind down in the 1940s and 1950s, there’s a precipitous decline in mercury concentrations. The fastest rate of decline appears in 1966, when the site closed.

“I was amazed at how closely it corresponded to what we could gather from the historical record,” Porter says, adding the research provides compelling evidence that this is a reliable method to track concentrations of local atmospheric mercury. “It elevates the idea that tree rings are an important archive for studying past changes in mercury.”

There’s not a lot of global data about changes to atmospheric mercury, Porter adds. While there is some monitoring in highly urbanized areas, the data only goes back about 30 years. U of T Mississauga researchers, meanwhile, were able to analyze 151 years’ worth of data using tree rings. 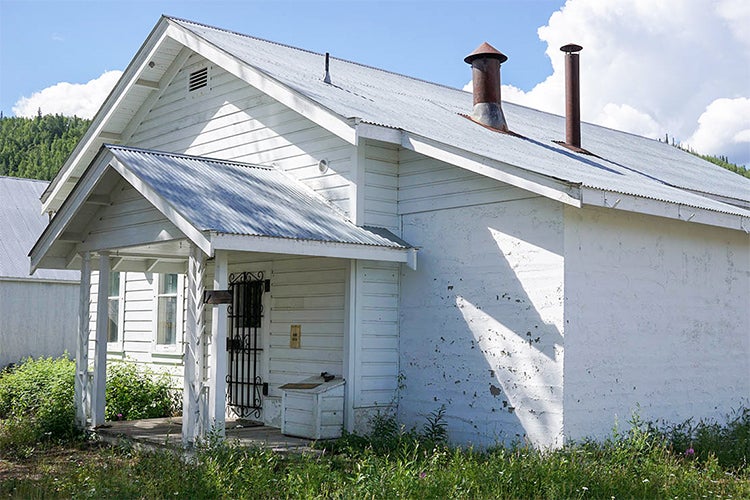 Although levels of mercury recorded at Bear Creek slowly came down to baseline levels, those baselines have been increasing over the past decade. Porter says that an uptick in atmospheric mercury has been observed in two other sites in the Yukon and Northwest Territories, and has recently been confirmed by other records, including lake sediment in Alaska. That increase in mercury has been linked to rising emissions in Asia (mercury is not used in modern mining practices in Yukon).

Porter says there are international treaties to reduce mercury pollution and, while there’s been a lot of progress, “we know that’s not happening everywhere. Some still use dirty energy sources and other industries emit mercury.”

A larger network of sites is needed to better understand these regional increases and determine what is happening, according to Porter. He says he’s already looking additional sites in Yukon and the Northwest Territories.

“We’re scaling up our efforts to better understand recent trends in the environment.”