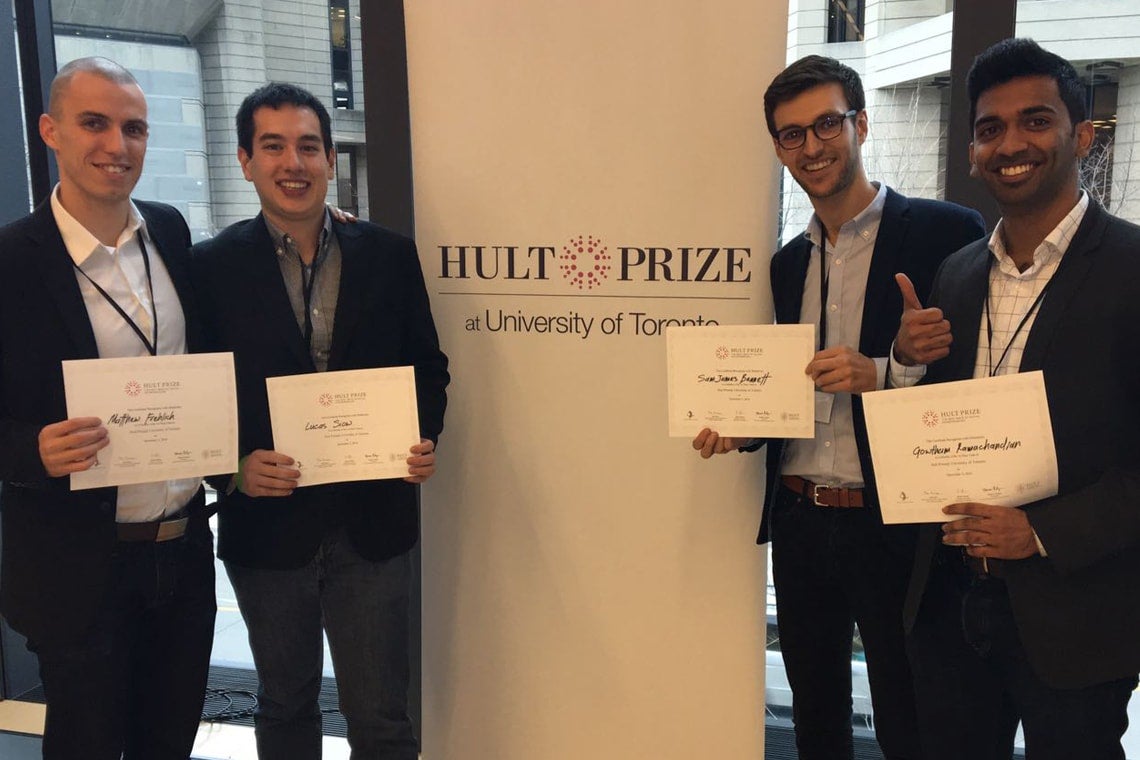 U of T students headed to the next round of the Hult Prize – considered the world's largest student competition for social good – are hoping to show how a simple mixture of used coffee grounds, wax and sugar can help restore the dignity of refugees around the world.

Team Moto – named after the Swahili word for fire – is competing this Friday in the Shanghai Regionals of the Hult Prize, an annual $1-million competition that aims to create and launch startup enterprises that address challenges faced by billions of people. The team is this year's winner of the U of T phase of the competition. But, altogether five U of T teams – four applied on their own to the Clinton Global Initiative's 2017 Hult Prize challenge – are headed to regional competitions around the world.

This year’s social enterprise face-off focuses on restoring the rights and dignity of people and societies forced into motion due to social injustices, politics, economic pressures, climate change and war. Winners of the regionals then move into an incubator where they'll prep for finals in September. 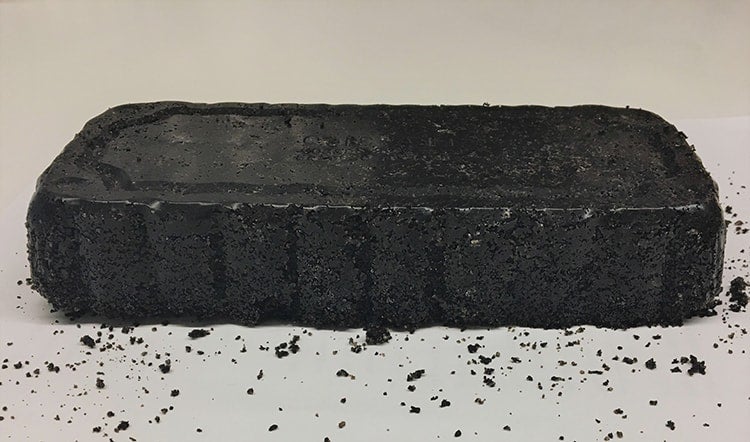 For their design, members of Team Moto sought to overcome a massive daily challenge faced by residents of African refugee camps: gathering firewood.

“A lot of the time, it’s women and children that are going to harvest firewood,” says Matthew Frehlich, a master's student at U of T's Faculty of Applied Science & Engineering, who is a part of Team Moto. “Because of deforestation, they have to trek up to 15 kilometres to get this firewood. Once they are outside of the camps, they are vulnerable to violence.”

Frehlich and his team members – the Rotman School of Management's MBA candidates Sam Bennett, Gowtham Ramachandran, Lucas Siow and Lucy Yang – want to eliminate the need for this dangerous trip. Their solution is a fuel log that could be manufactured from low-cost waste materials repurposed from coffee-drinking countries.

“We came across the original recipe for a coffee-based fuel log on Instagram,” says Frehlich “It was meant to be a decorative holiday log, but we realized it had potential for our purposes because it used a product that would otherwise be discarded as waste, which makes it inexpensive to produce.”

Last fall the team started scavenging coffee grounds from local retailers, baking fuel logs in a loaf pan and testing them in a backyard barbecue.

Their product can burn for up to 90 minutes, providing enough heat to cook standard food rations. They have now secured partnerships with local coffee producers to supply raw materials for their pilot project.

After beating more than 20 other teams at U of T's Hult competition Team Moto has been focused on improving the product and pitch for the regional competition in Shanghai.

“We feel confident knowing that we've done everything we can to prepare ourselves and our business idea for this big next step,” says Frehlich. “We've conducted a focus group with former residents of African refugee camps to get feedback on the product, and we’ve sent a sample to representatives of the United Nations High Commission on Refugees for further field testing in Uganda. We also have a letter of intent with Starbucks Canada to supply us with coffee grounds for our pilot project. We’re hopeful that all this will give us the edge we need to win.”

Two U of T teams are headed to regionals in Boston this weekend. The Munk School of Global Affairs' Bushra Ebadi, Tessa MacNeil and Mustafa Sayedi make up one team. The second U of T team from Rotman's evening MBA program has developed a battery-free heated vest for refugees facing prolonged exposure to low temperatures. The team includes Jing (Amanda) Wang, Lulu Feng, Nash Xu and Heywood Chu.

The team headed to San Francisco regionals includes Grace Mabika from the Ontario Institute for Studies in Education, Omowonuola "Wonu" Adeshina from University of Toronto Mississauga and Kai "Candice" Yun, who justed graduated from U of T.

A fifth team heading to the regionals in London includes Zaid Atto, Andrei Dranka and Deeptanshu (Deep) Prasad – all from the Faculty of Applied Science & Engineering and Rosemary Yachouh of the Institute of Health Policy Management and Evaluation.