U.S. bombings may impact elections, says U of T expert 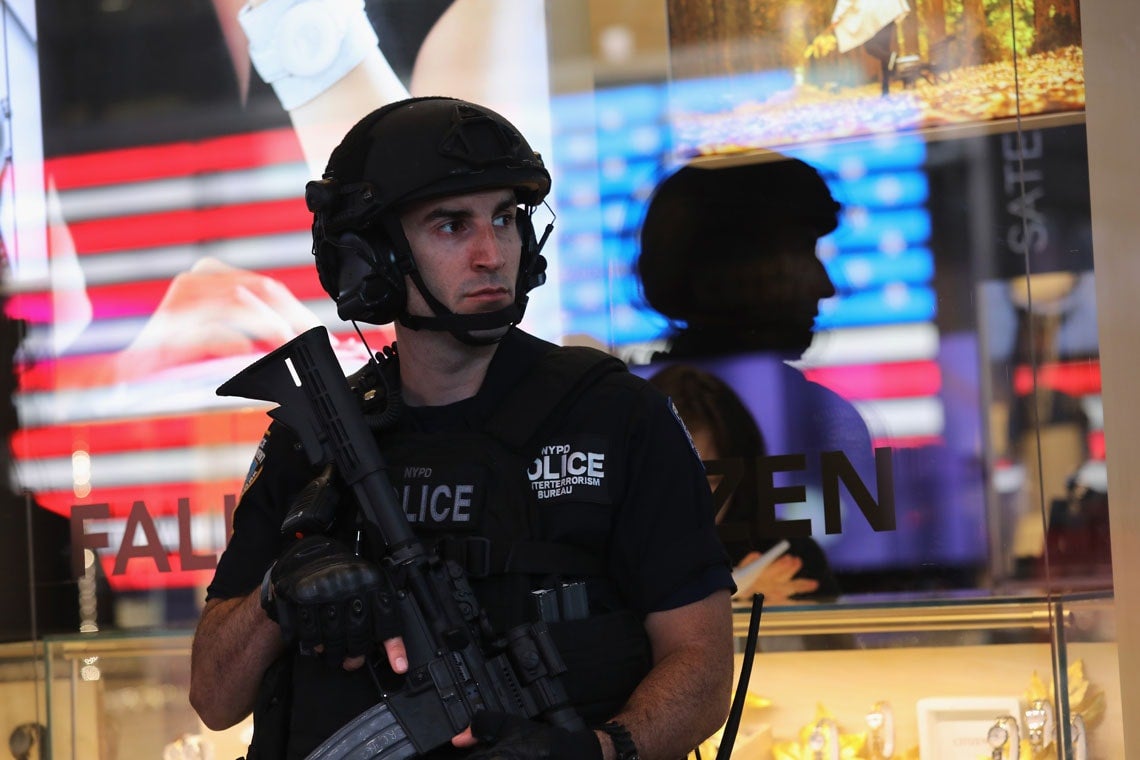 A suspect is now in custody after this weekend’s bombings in New York and New Jersey. With seven weeks left until the U.S. elections, the stakes are high for Hillary Clinton and Donald Trump, whose handling of incidents like these and potential terror plots are under close scrutiny. On Monday, Clinton accused Trump of being a “recruiting sergeant for the terrorists” with his campaign speeches denouncing Muslims. Trump, in turn, blamed Clinton for having “emboldened terrorists” as secretary of state and called again for police profiling of people from the Muslim world. U of T News talked to U of T Scarborough assistant professor of political science Ryan Hurl about whether national security could decide the election.

How does an incident like this help or hurt the candidates?

We’ll have to see how the candidates respond to this. This is such an unusual election. Like many political scientists, we’re just a little uncertain how the public is going to respond because you’re dealing with such unconventional candidates. Typically in a situation like this, the public opinion tends to support Republicans on questions of national security. The term used by some political scientists is that “Republicans own the issue of national security.” But that can change over time. If the threat of domestic terrorism is on the minds of people, this is something that’s going to shift some independent voters. This is something that can have an impact on the election. But when you’re dealing with such an unconventional candidate like Donald Trump, I don’t think you can make that conclusion right away. It depends so much on how he chooses to respond to it, and whether he’s able to respond to it in a way the public finds convincing and reassuring.

How are Clinton and Trump doing in the polls?

Right now national polls suggest the race is very tight. At the national level, the RealClearPolitics average poll suggests that it’s essentially a tie. Of course the American system, it’s not a national popularity contest. It depends on the votes at the state level. I think more analysts say that Clinton still has a bit of an advantage there. But typically speaking if polls are tightening at the national level, it also means polls are tightening in those half a dozen or so swing states where the electoral contest will be decided. So generally what has happened over the last few weeks, is that Trump has narrowed and even eliminated the advantage at the polls that Clinton possessed, and he will probably try to find a way to focus on this issue and see if this is another issue he can use to his advantage.

How did the race shift course over the last few weeks?

You essentially had Hillary Clinton speak to a gathering on the upper east side of New York where she made a comment about some half of Trump’s supporters being deplorable, essentially people who were irredeemable, people who are racists, sexists, homophobic and so on and so forth. And as Mitt Romney found in 2012, expressing open contempt of a huge slice of the electorate is not such a great campaign strategy. So what seems to be happening is that this speech by Clinton was her “Mitt Romney 47 per cent of Americans not acceptable” moment. The question of Clinton’s illness is an interesting one. The problem for Clinton was that she was not open about the difficulties she was encountering on the campaign trial. The way in which the story developed highlighted the question of transparency. It reinforced the notion that the first instinct of Clinton and her closest advisors is to not present the whole truth. That’s the narrative that has occupied the public’s mind, and the events of her passing out from pneumonia just confirmed all of that.

Can a terror event affect the US presidential election at this point?

When you’re dealing with an election that is so close at this point, short-term events can shift what happens. There’s no way around that for a democracy and a country that is so polarized, so divided. I read a book this summer which is arguing that a series of shark attacks in the fall of 1918 off the New Jersey coast more or less gave the election to President Wilson. When you’re dealing with an election that looks like it’s going to be decided by a relatively small number of votes, short term events can matter. So it’s a question of which party is going to find the best way to address it. Now everyone is waiting for Trump to shoot himself in the foot on this issue and others. But in response to Clinton’s illness, he showed a great deal of discipline. I think his new advisers like Kellyanne Conway are putting him on a very short leash trying to make him think before speaking. He is running a more disciplined campaign. So at the very least, it seems less likely that Trump will score a goal on his own net. I think he has to have a disciplined message on this and not say something that is outrageous or strange.