UofTHacks is back: Annual hackathon wants students of all disciplines to apply this year 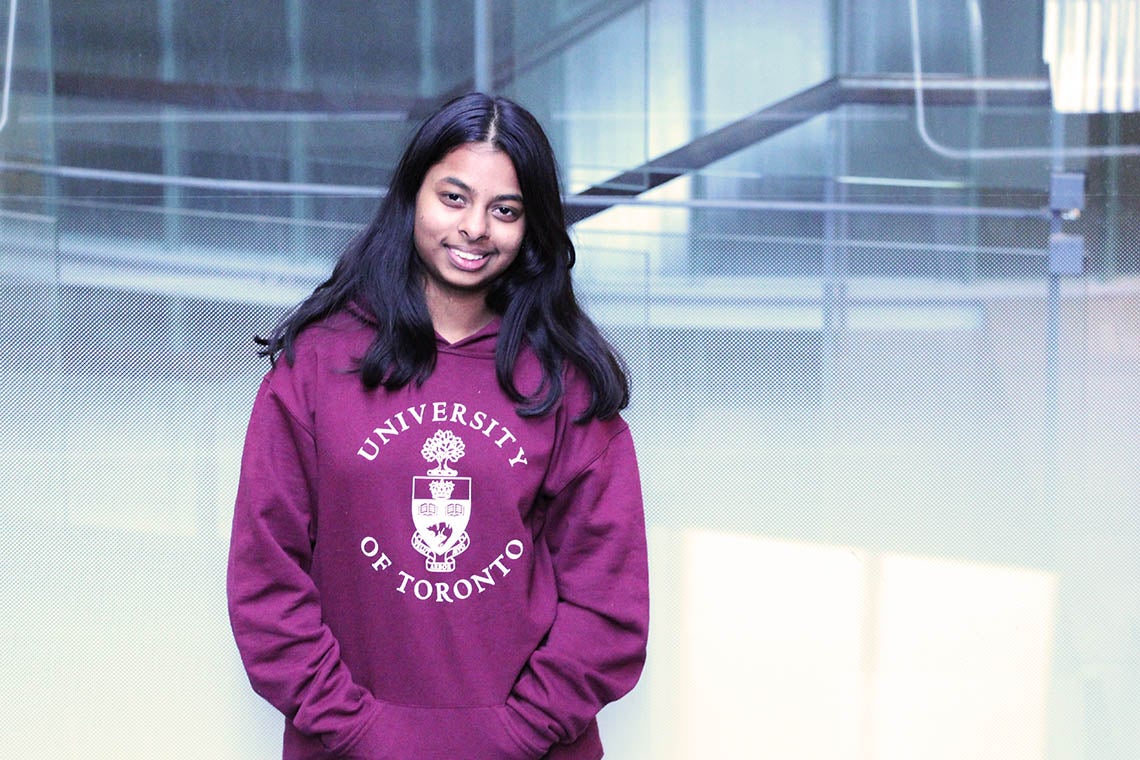 Fourth-year computer science student Shweta Mogalapalli is president of the next UofTHacks, a 36-hour event of coding and community (photo by Ryan Perez)

Shweta Mogalapalli, this year’s president of UofTHacks, is passionate about technology.

For two years, the fourth-year computer science student served as a Microsoft student ambassador. She has interned at the company in Seattle and was one of only 50 students from 25 countries selected to attend Microsoft Build, a conference that showcases the company’s latest developments in hardware and software and brings together over 5,000 attendees.

“The most fun part of Build was meeting other students from Australia, Europe, India and other parts of the world,” says Mogalapalli, a student at New College.

It’s that spirit of camaraderie and learning she looks forward to building at this year’s UofTHacks, a 36-hour event of code and community that is entering its sixth year in 2019. Applications are open and the executive team is looking to grow the event beyond the Greater Toronto Area, by providing transportation to the University of Toronto from other key hubs, including Waterloo.

1. Coding is not required

Mogalapalli says hackathons are for everyone, whether you’re studying sociology or physics. You just have to have a passion for technology. The challenge for organizers is that students in other disciplines are not as familiar with the concept of the event.

“When I mention ‘hackathon’ to some friends outside of computer science, they’re like, ‘What is that?’ And they think it’s interesting when I explain it to them: It’s where you work together on a cool idea.

“I attended UofTHacks in first year, four months into my degree. I formed a team with three other first-years. We didn’t finish coding, but we made a good prototype and presentation and ended up in the top 10, which is something we never expected."

It's really important to have diverse skills within a team, she says. “Yes, people who can code are necessary, but you also need people from a wide range of disciplines to work on projects in areas like fintech and bioinformatics.”

University College’s Samin Khan, a fourth-year student studying computer and cognitive science, reconnected with childhood friend Hamayal Choudhry at UofTHacks V and formed a team that weekend. The project Khan and the mechatronics student from the University of Ontario Institute for Technology (UOIT) developed – a robotic prosthetic hand – caught the attention of Microsoft’s reps at UofTHacks. 3. Hack no further than U of T’s downtown Toronto campus

For those who want to learn more, there are technical workshops and sessions on upcoming technologies and application areas, including machine learning, blockchain, entrepreneurship and finance.

“There’s something for everyone, whether you’re a beginner or advanced,” says Mogalapalli.

“It’s really easy to gel with like-minded people,” she says. “You’re thinking at the same frequency and you are passionate enough about technology that you’re willing to spend 36 hours building something.”

Mogalapalli, who has been a volunteer and an executive member with UofTHacks for the past three years, says the exposure students can get in meeting employers and recruiters is unparalleled, as they spend almost all 36 hours at the event.

“Companies recognize that hackathon attendees are passionate developers who are willing to spend the entire weekend building a project. Students also get the chance to talk to the tech teams and ask them about their work.”

Still unsure what a hackathon is all about?

Mogalapalli recommends students volunteer – or just come by to see the environment.

“It's a lot of fun. Even if you're not participating, you will see the energy and enthusiasm of everyone,” she says.