#UofTGrad17: Three things you should know about honorary grads Rosemary and Peter Grant 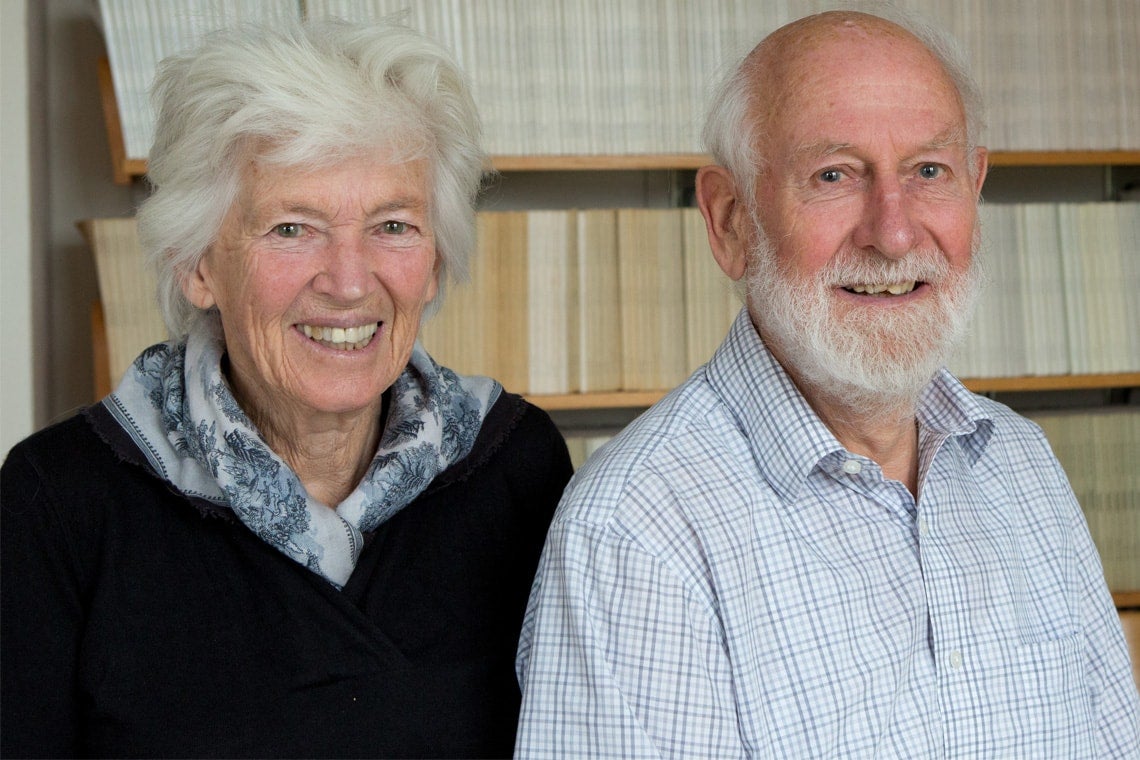 In the 1830s, Charles Darwin set out on a cross-continental journey on the HMS Beagle that would shape his theory of evolution. His voyage led him to the Galapágos Islands off the coast of Ecuador where he spent five weeks studying its unique fauna.

More than 100 years later, evolutionary biologists Rosemary and Peter Grant traveled to the same archipelago to conduct their groundbreaking research on animal evolution. The Grants’ scientific contributions have earned them accolades all over the world.

Today, Rosemary and Peter Grant will each receive a Doctor of Science, honoris causa, for “excellence in the academy and for their paradigm-shaping contributions to evolutionary biology.” They are among 16 people being recognized with honorary degrees by the University of Toronto in 2017. The Grants shared insight about their work at a lecture at U of T Mississauga on Tuesday.

U of T News asked each of the honorary graduates to share an iconic Canadian moment – a feeling or experience they wish each of their fellow graduates could share. Below, are three things you should know about the Grants, including their Canadian moment. 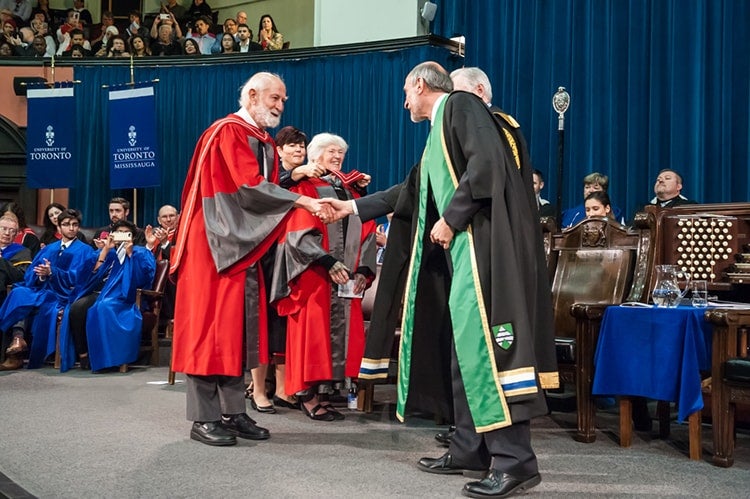 What finches can tell us about evolution:

In 1973, the Grants began their decades-long study of finches in the Galápagos Islands – observing how drought and shortage of food forced the birds to adapt, leading to evolutionary changes in the species. Their fieldwork took place mostly on the Daphne Major Island where – without human inhabitants – the Grants were able watch evolution in action without man-made disturbances.

“No study of this sort has been done before, and it shows one way in which speciation can get started,” the Grants told the journal Nature.

In 1994, The Beak of The Finch – a book about the Grants’ research written by Jonathan Weiner, won the Pulitzer Prize – providing much-deserved publicity for their work. The Grants have also written three books together; Peter Grant has authored one on his own.

The husband and wife duo have won a number of awards including the Darwin medal of the Royal Society of London and the International Kyoto Prize in Basic Sciences.

Their most Canadian moment

The Grants met each other at the University of British Columbia in Vancouver. They both arrived in Canada in 1960.

“To Peter and I, Canada was young, diverse, exciting and endorsed the principles we most valued,” says Rosemary Grant. “People from all nations were welcome with the understanding that it is only through sympathetic knowledge of others that we can enrich ourselves, our community and globally achieve world peace. Having lived as children in England throughout the Second World War, this message resonated strongly with us.

“In 1967, the year our second daughter was born in Montreal, Canada entered its centennial year. There was much optimism then, and I believe there still is, that Canada has the opportunity and will to strive for all that is best and most noble in humanity. For these reasons, we continue to have great admiration and respect for Canada.”