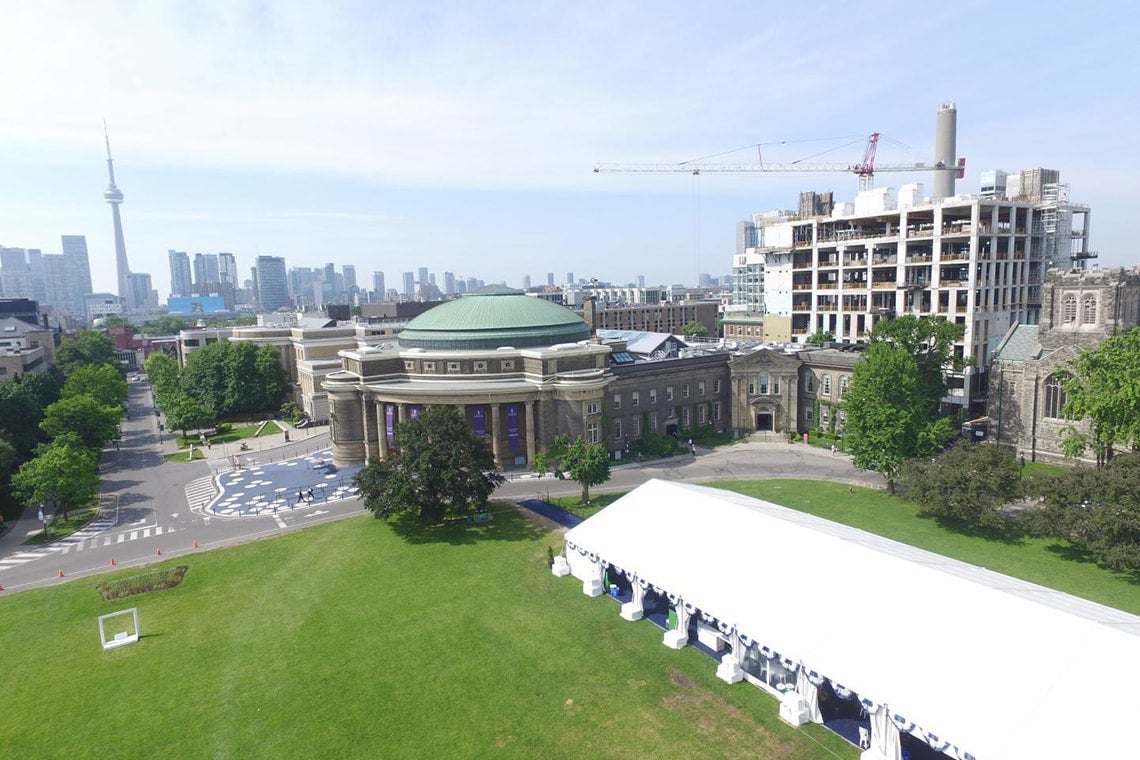 U of T is trying out drone photography this convocation with the help of Professor Hugh Liu and his student Jason King, both of the University of Toronto Institute for Aerospace Studies (photo by Jason King)

“It elevates convocation to a new level”

For the first time ever, the University of Toronto is using drones to capture photos and video of new graduates in their gowns flooding out of Convocation Hall. The office of academic and campus events asked Hugh Liu, a professor in the Institute for Aerospace Studies at the Faculty of Applied Science & Engineering, and his student Jason King to conduct test flights this week.

The ultimate goal is to draft a university framework for flying unmanned aerial vehicles on campus, he said.

Most of the Toronto sky is off-limits to drones, but Liu and Arrowonics Technologies – a startup born from his U of T research – obtained a special flight certificate from Transport Canada for the occasion.

Although he has worked at the U of T Institute for Aerospace Studies for nearly two decades, the drone photos showed him a different side of the downtown Toronto campus.

“You see the campus in all its beauty, and you realize it’s part of the urban fabric,” he said. “It almost feels like Central Park.” 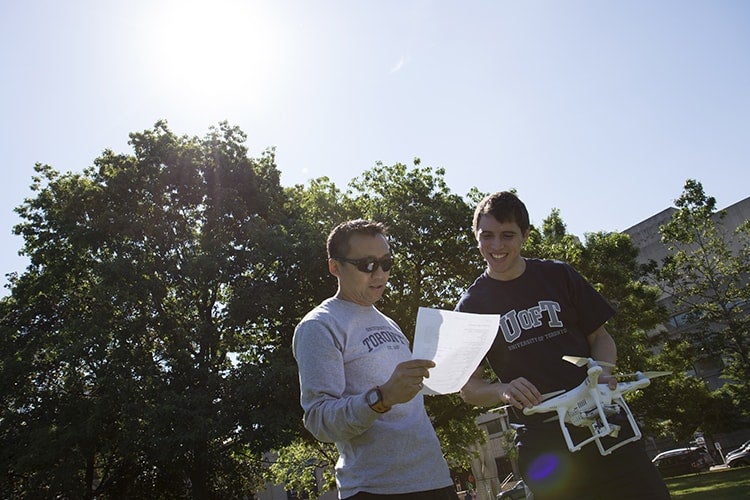 Liu’s research focuses on how to use unmanned aerial vehicles (UAV) for a range of purposes from monitoring forest fires to managing traffic and making deliveries. Two years ago, Liu received a $1.65-million grant from the Natural Sciences and Engineering Research Council of Canada to train 150 new experts in UAVs.

“We are trying to increase (UAVs’) level of autonomy so that we use fewer resources while maximizing their output,” King said.

“Operating this drone is kind of like flying in a video game.”

On Wednesday, he and King used a commercially available quadcopter – a drone with four propellers – to take pictures and video of a morning graduation procession.

King, a master’s student in aerospace engineering, piloted the drone using a remote control and a live feed on his cellphone.

“Operating this drone is kind of like flying in a video game,” he said. 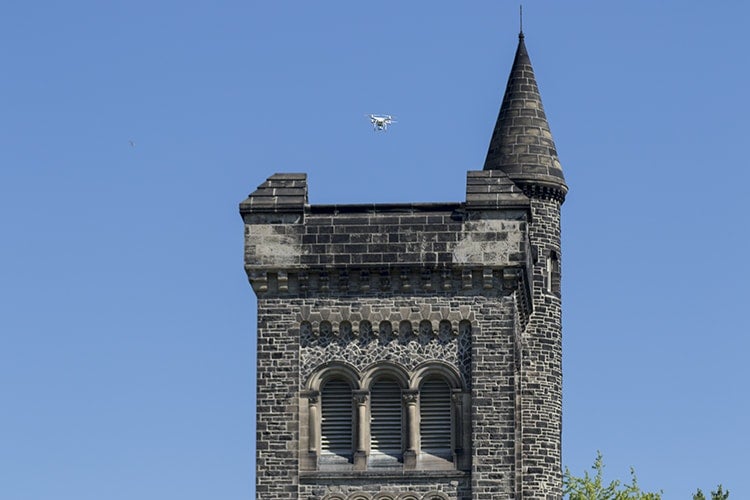 The UAV became an inconspicuous white speck in the air above the graduating students walking from University College to Convocation Hall, the university’s largest classroom with room for 1,731 people.

In recent years, the university has received many requests from film crews, media and student groups for permission to take drone photos and footage, said Steve Bailey, director of the office of academic and campus events.

“We quickly recognized that we needed some kind of framework” on drones, he said – one that would take privacy and safety concerns into account.

Like Liu, Bailey says the drone photos gave him a new perspective on campus and the graduation ceremony.

“I think it elevates convocation to a new level,” Bailey says.

“We’ve always known this is a special place and a special occasion, but when you see the campus juxtaposed with the concrete of the city, you just say ‘Wow.’” 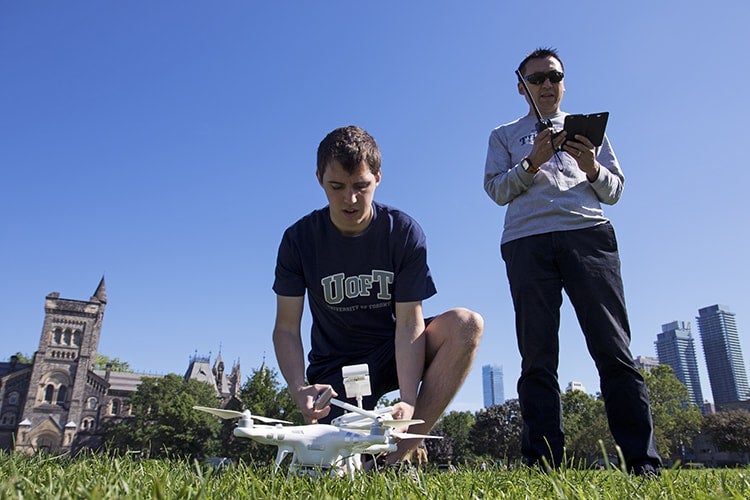 King and Liu after a successful landing (photo by Geoffrey Vendeville)