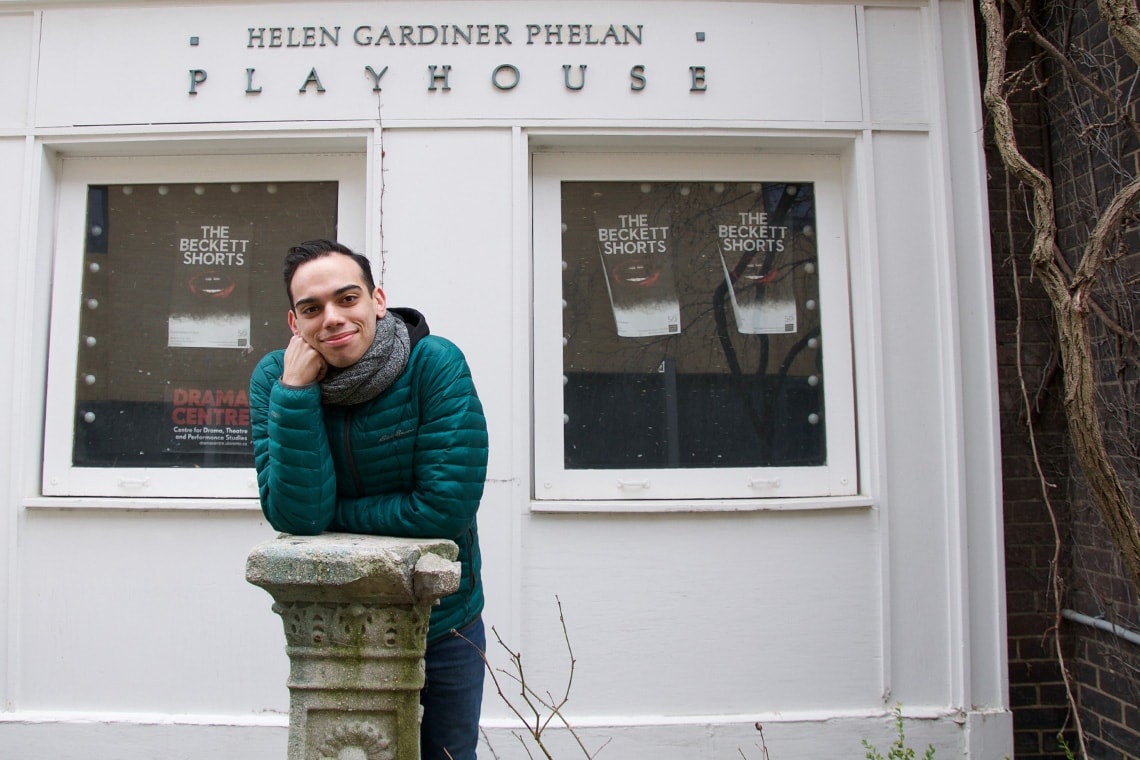 Augusto Bitter knows he’s special. And yes, he knows how that statement sounds.

But he has to be special, if he wants to make a career out of his passion for theatre. Bitter, 22, was recently named one of the Toronto theatre artists on NOW Magazine’s radar for 2017, in which they wrote: “Even though he was still completing his studies... Bitter managed to impress us in a handful of shows.” He’s clearly hit on something.

“I'm a tricky combination of goofy and arrogant,” Bitter says. “I have to be arrogant enough about the work to survive the difficulty of the business and the creative process. But I also have to be goofy enough to laugh at how pretentious we can be as artists. I like laughing, a lot.”

In the last four years, Bitter has been developing his strengths in acting and playwriting as a drama specialist in the University of Toronto’s Centre for Drama, Theatre and Performance Studies as well as performing in productions and participating in programs across Toronto. Most recently, he’s been in Theatre Rusticle’s production of Our Town at Buddies in Bad Times Theatre and has been a part of Factory Theatre’s actor-training program for the 2016-2017 season.

For Bitter, the stage is his canvas as an artist – a place where he can learn, find expression and enjoy himself.

“As a performer, I have fun easily,” he says. “I have a high energy level by nature, so it's about channelling it in meaningful ways.”

Bitter was born in Venezuela and moved to Alberta with his family in 2004. Though he credits his first dive into theatre in Grade 12 to an inspiring teacher, he acknowledges that he’s been destined for the limelight all along, and that his everlasting supply of energy has always been his propeller.

“I was super hyperactive. I was never coordinated enough for sports,” he laughs. “So my hyperactivity always translated itself into performance. My dad’s a huge jokester, so I picked that up from him, and I’m the little brother in the family. Trying to make people laugh as a kid was always very important to me.”

Bitter credits the Centre for Drama, Theatre & Performance Studies for its breadth of opportunities, saying that because it’s not structured like a conservatory, he was able to study acting as well as history, criticism and performance in general. He’s also taken up playwriting. As a Resident Artist at Theatre Passe Muraille, he’s currently writing a full-length solo show called CHICHO. In it, a “man-boy on the cusp of manhood tries to reconcile three pillars of his identity: Venezuelan, Queer, and Catholic.” Chicho is obsessed with Miss Universe, plays the ukulele, and talks to an avocado.

Now that he’s graduating, Bitter wants to share what he’s learned with future students: find what makes you special.

“Coming out of school you’re going to find out there’s a lot of you,” he says. “You have to figure out early on what are the little things that set you apart, and perfect those things. It’s what you make of it.”

“Go see theatre! You can get student rates! Make it a part of your schedule. I considered that almost like studying. It’s really nice to see what kind of work is out there, and to see where it’s going and where I could fit in it.”

At the rate things are going for Bitter, it is likely that U of T drama students will be seeing him on stage when they go out to the theatre to ‘study’.