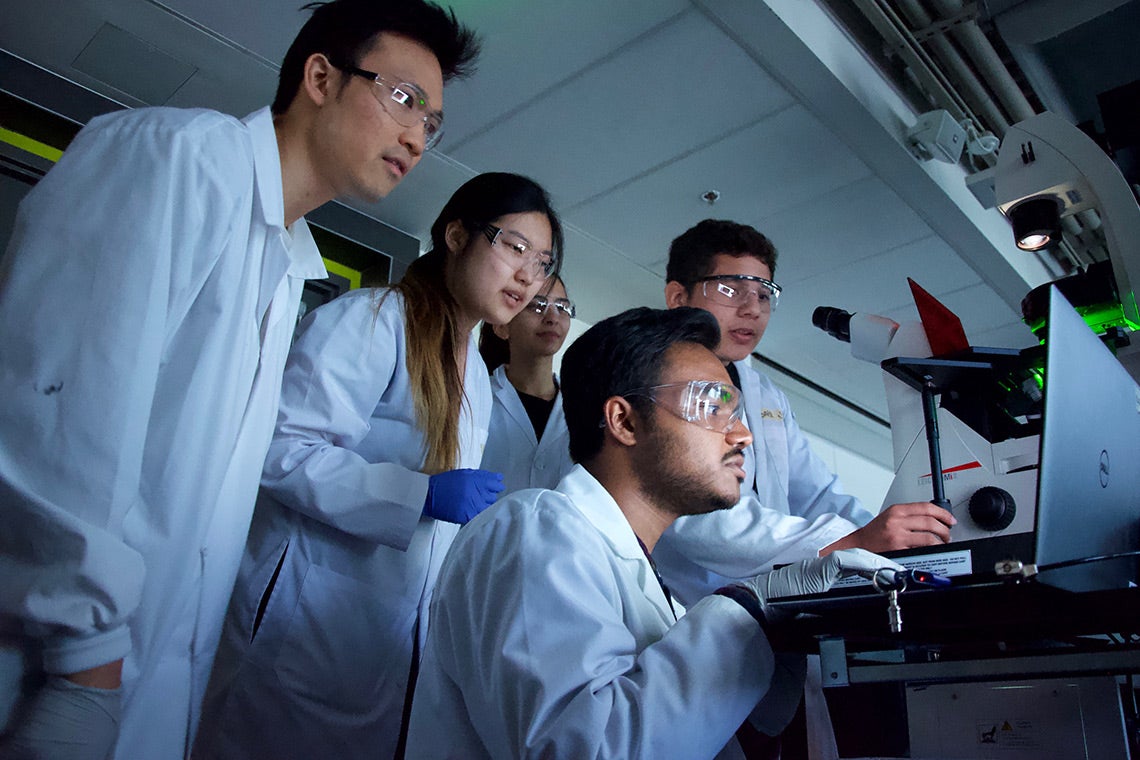 The students – who come from a variety of life science programs – learned lab techniques and how to work with lab equipment, chemicals and biological materials as they designed and carried out a research project in molecular biology.

The undergraduate students also gained valuable insight into what a career in research is like.

“For students who don’t know what they want to do yet but think they might want to pursue a career in research, the hands-on experience helps them decide,” says Colleen Dockstader, an assistant professor, teaching stream, in the department of human biology and a co-creator of the program. 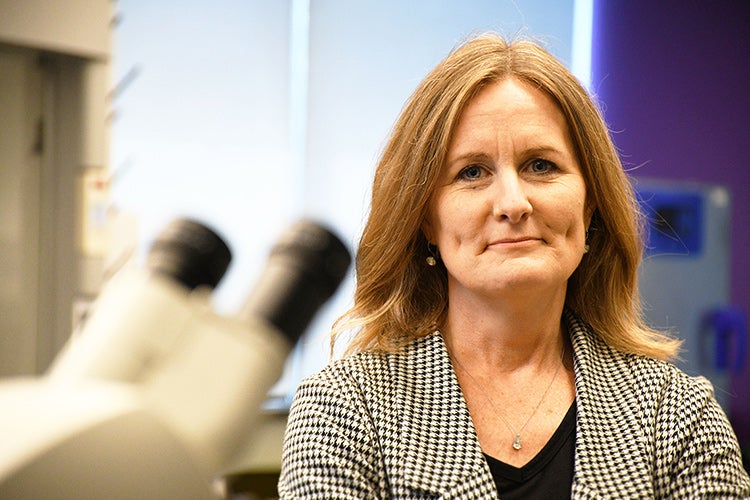 The boot camp was the brainchild of Colleen Dockstader (above) and Melanie Woodin, who is the dean of the Faculty of Arts & Science (photo by Chris Sasaki)

At the boot camp, students designed their own study to investigate the role of a particular protein in the function of neuronal cells and looked at the abundance of the same protein in healthy and diseased brain tissue.

Yet, for many attendees, the confidence gained from the two weeks was even more important than acquiring lab skills and research experience.

“I’m now confident I can apply the techniques I learned in a wide range of situations – in research, academia or a non-academic setting,” says Elisa Cohen, a fourth-year University College student working on a double major in immunology and health and disease.

“Students told us they applied for jobs they wouldn’t otherwise have applied for because of the confidence they got from the program," Dockstader says. “One student said she applied for a job and got an interview, and the confidence she had in her interview was because she understood the research experience and felt good about herself. And, in the end, she got the job.”

The boot camp, first run last year, was the brainchild of Dockstader and Melanie Woodin, a neuroscientist in the department of cell and systems biology who is now dean of the Faculty of Arts & Science. The idea was sparked by the pair’s observation that undergraduates were not getting the experiential research and lab training they needed based on reports by recent graduates that they weren’t prepared for research – an assessment echoed by their supervisors.

With an Ontario government grant, Woodin and Dockstader turned their idea into reality.

“We came up with the concept of a boot camp,” Dockstader says, “because we wanted it to be like an exercise boot camp where you work really hard. You plow through it and you go, go, go for two weeks straight.”

In addition to the lab and research experience they gained, students also received valuable career guidance from lab instructors and facilitators including Dockstader and Jasty Singh, an assistant professor, teaching stream, in the department of immunology, as well as post-doctoral ressearchers and senior graduate students.

Martin Mak, a fourth-year Woodsworth College student majoring in immunology and human biology, says that while learning lab techniques was important, “even more helpful was the guidance I received from the facilitators about my academic career path.

Describing the dynamic between students and instructors, Dockstader says, “The students would pick their brains and ask them: How did you get to where you are now? What do you think I should do?

“The students found it extremely valuable.”

Guidance also came during career development sessions with speakers from industry and from U of T’s Career Centre.

“I was very thankful that we got to hear from career advisers as well as professionals from outside research regarding what our possible next steps could be,” says Cohen.

“Yes, we’re an academic institution – we have a great med school and a great graduate school,” says Dockstader. “But we also want students to realize there are many different paths to take.

“There are so many other ways to apply your science degree.”