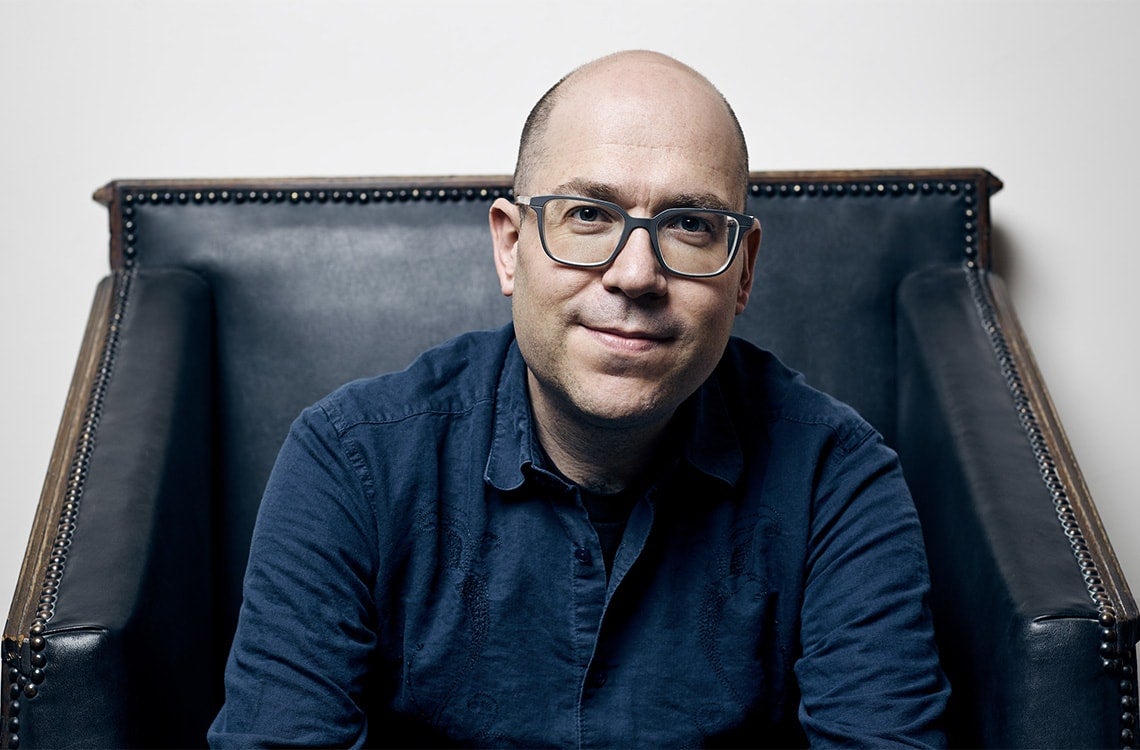 “Canada has a very long history of supporting quantum information science and quantum computing, and Toronto is the centre of the kind of science I want to be a part of," said Alán Aspuru-Guzik (photo by Doug Levy)

Alán Aspuru-Guzik is an expert in quantum computing and chemistry

A leading researcher in theoretical and computational chemistry is joining the University of Toronto as one of the Canada 150 Research Chairs announced today by the federal government.

Alán Aspuru-Guzik, a tenured professor at Harvard University, will arrive at U of T this summer. An expert in machine learning, quantum computing and chemistry, he is jointly appointed to the departments of chemistry and computer science as the Canada 150 Research Chair in Theoretical & Quantum Chemistry.

“It’s an exciting time to come to this country,” Aspuru-Guzik said. “Canada has a very long history of supporting quantum information science and quantum computing, and Toronto is the centre of the kind of science I want to be a part of.

“Combined with the recent government support for artificial intelligence and increased federal support for basic research, Canada is a very attractive destination for scientists.”

The Canada 150 Research Chair program is a $117-million investment by the federal government to enhance this country’s reputation as a global centre for science, research and innovation, and to attract the world’s leading scholars and researchers. At the announcement in Ottawa today were, from left: Vivek Goel, U of T's vice-president of research and innovation; Minister of Science and Technology Kirsty Duncan; Alán Aspuru-Guzik, U of T's new Canada 150 Research Chair; and Robert Batey, professor and chair of U ot T's department of chemistry.

“The University of Toronto is excited to welcome Alán, who is globally renowned as a pioneer in the development of algorithms for quantum computers to simulate molecules and materials,” said Vivek Goel, U of T’s vice-president of research and innovation.

“This funding from the Government of Canada plays a crucial role in helping us attract amazing, cutting-edge international research talent to the University of Toronto.”

Originally from Mexico City, Aspuru-Guzik earned his PhD and did his post-doctoral research at the University of California, Berkeley, before joining Harvard in 2006. He became a tenured professor of chemistry in 2013.

Aspuru-Guzik’s long-term research goals are to disrupt chemistry by working on ideas stemming from computer science and robotics.

See his lab at U of T

He recently co-authored a perspective that lays out his vision for the field. Aspuru-Guzik and his group will be continuing their pioneering research on quantum computing for chemistry, machine learning and other near-term applications of quantum computers.

“When you look at things like climate change, antibiotic resistant bacteria or water pollution, we do not have time in the 21st century to make incremental improvements in the field of chemistry,” he said.

“So one of the things that I want to see is ‘self-driving’ chemical laboratories. With machine learning, we can use the data from one experiment to tell us what our next experiment should be. We can make scientific decisions much more quickly.”

In addition to quantum computing and machine learning, Aspuru-Guzik is particularly interested in the generation and storage of energy. He is looking for ways to store energy with inexpensive and renewable solar cells and batteries that will reduce our reliance on fossil fuels.

He recently co-led an international workshop for the sixth innovation challenge of Mission Innovation, a collaboration of 22 countries and the European Union that focuses on doubling the participating countries’ clean energy research budget over five years.

“We are assembling an international coalition of researchers that will build together the chemical and materials laboratories of the future,” Aspuru-Guzik said.

“We intend to fundamentally accelerate the rate of materials discovery by putting together automated platforms with integrated synthesis, characterization and simulation capabilities.”

Aspuru-Guzik said he believes he has found the perfect home in Toronto, where he will be collaborating with technology and science leaders. Already a senior fellow at the Canadian Institute for Advanced Research (CIFAR), he will also be a faculty member of the Vector Institute.

He comes to Toronto with additional support from a Google Focused Award that will allow him to continue developing near-term quantum algorithms.

Hartmut Neven, Google's engineering director, congratulated Aspuru-Guzik and U of T, saying, “Alán has pioneered the field of quantum computing chemistry. Google's Quantum AI Lab is excited to strengthen our long-term collaboration with Alán by providing a Focused Award, which will fund graduate student research into quantum simulation, algorithms, and applications.” Google pledged $1-million in funding over the next three years.