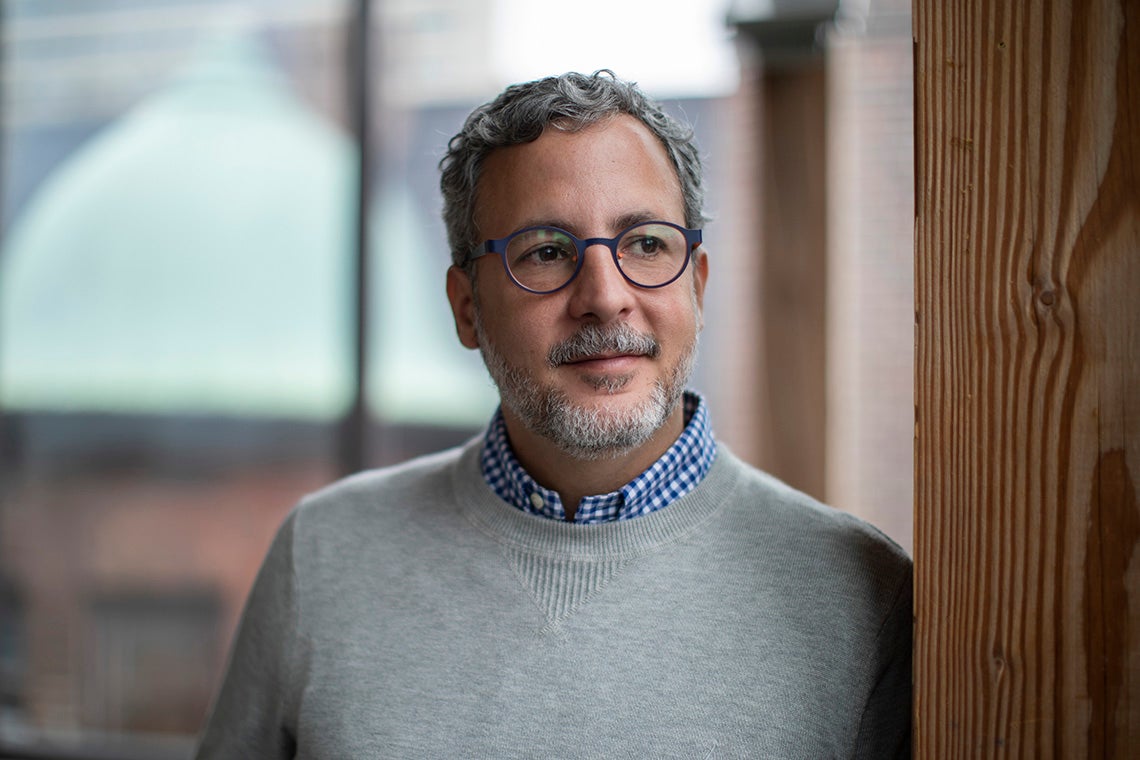 “We hope that our evaluations will show that levels of academic performance improve for children served by a system that makes decisions based on data and research,” said Gustavo Bobonis, a professor of economics (photo by Nick Iwanyshyn)

The University of Toronto has won a major grant to help fund its partnership with education officials in Puerto Rico aimed at boosting academic achievement among students in the U.S. territory’s struggling public schools.

Economics Professor Gustavo Bobonis will lead the research team partnering with the Puerto Rico Department of Education, assisted by US$650,000 in funding over three years from the William T. Grant and Spencer Foundations.

The foundations created the Institutional Challenge Grant competition to encourage research institutions to enter into partnerships with public organizations to achieve more equitable outcomes for youth.

“These partnerships work two ways,” said Bobonis. “How do we get policy-makers to use researchers more effectively – and how do we get researchers interested in doing research that is applicable to the real world?”

In announcing the award, the foundations noted that U of T’s Office of the Vice-President of Research and Innovation recently initiated a program to create and support early-stage university and community partnerships.

“We are grateful to the William T. Grant and Spencer Foundations for choosing our university as one of two winners of this important competition,” said Vivek Goel, vice-president of research and innovation.

“The grant recognizes U of T's commitment to build research partnerships with communities around the world, encouraging collaborative work and evidence-based decision-making.”

Bobonis said U of T's department of economics in the Faculty of Arts & Science will set up a policy research lab to provide the infrastructure necessary for the partnership to work.

U of T has been working with the Puerto Rico Department of Education since 2017. The grant will help the educators use data and research to shape policies for combating youth inequality in one of the worst-performing school systems in the United States.

“We hope that our evaluations will show that levels of academic performance improve for children served by a system that makes decisions based on data and research,” said Bobonis.

“If their academic achievement improves, they should get better grades and test scores and we should see improved high school completion rates and transitions to university.”

One of the projects will involve evaluating the training and tutoring of school principals, which is expected to result in enriched learning environments and instructional practices, said Bobonis.

A second focus is the evaluation of past policies, such as the effects of school closures in one of the largest school districts in the U.S., which covers the entire island.

Schools have been closing as Puerto Rico’s population decreases and officials have been trying to create economies of scale to reduce the cost of education per student, he said.

The education department and researchers face some daunting challenges in their efforts to improve prospects for youth in Puerto Rico, where 94 per cent of eighth graders could not demonstrate basic proficiency in mathematics during recent standardized testing, Bobonis said.

He noted the U.S. territory is still trying to recover from a once-in-a-generation hurricane, and approximately 57 per cent of children live in poverty.

But, he added, the three-year project is rooted in the belief that such partnerships are the best way to apply social science research and theory to real public policy "that has a real impact."