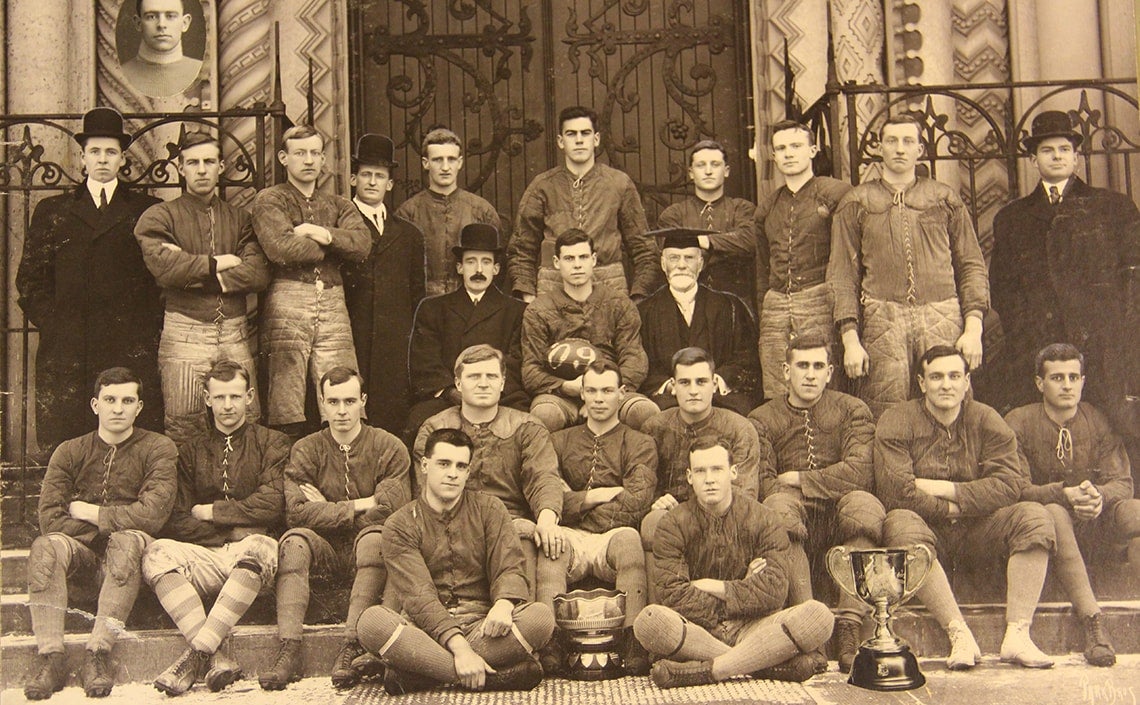 For every sport, there's always that one game, a championship series or a specific moment that fans cherish for years to come.

Playing in front of a packed Rosedale field, the Blues faced off against the Toronto Parkdale Canoes Club, eventually clinching the game with a score of 26-6 and winning the first-ever Grey Cup.

Named after Canada’s Governor General Albert Henry George Grey, the Cup is now awarded to the champions of the Canadian Football League.

The 1909 Blues team was inducted Oct. 17 into the 2016 Ontario Sports Hall of Fame for winning the first Grey Cup. They were presented with the Ferguson Jenkins Heritage Award, introduced in 2011 to commemorate those one-of-a-kind moments in the history of sports in Ontario.

Professor Ira Jacobs, dean of U of T's Faculty of Kinesiology and Physical Education, accepted the award on behalf of the University of Toronto, thanking the committee “for recognizing the legacy of a game that happened 107 years ago and evolved into a recreational, social, and cultural phenomenon, and a truly national legacy.”

The team's legacy was acknowledged earlier in the year with a Grey Cup commemorative plaque mounted on the U of T Varsity Stadium by the Historic Sites and Monuments Boards of Canada, and Parks Canada. 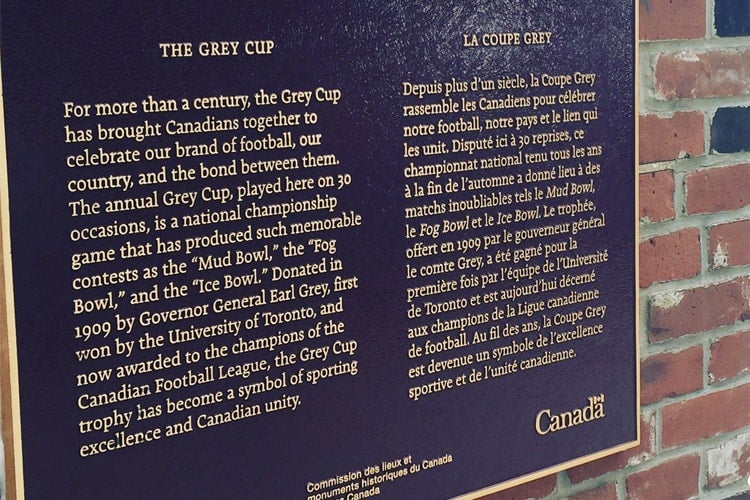 Faculty of Kinesiology and Physical EducationVarsityfootball