U of T theoretical astrophysicist among handful of researchers honoured by U.S.-based foundation 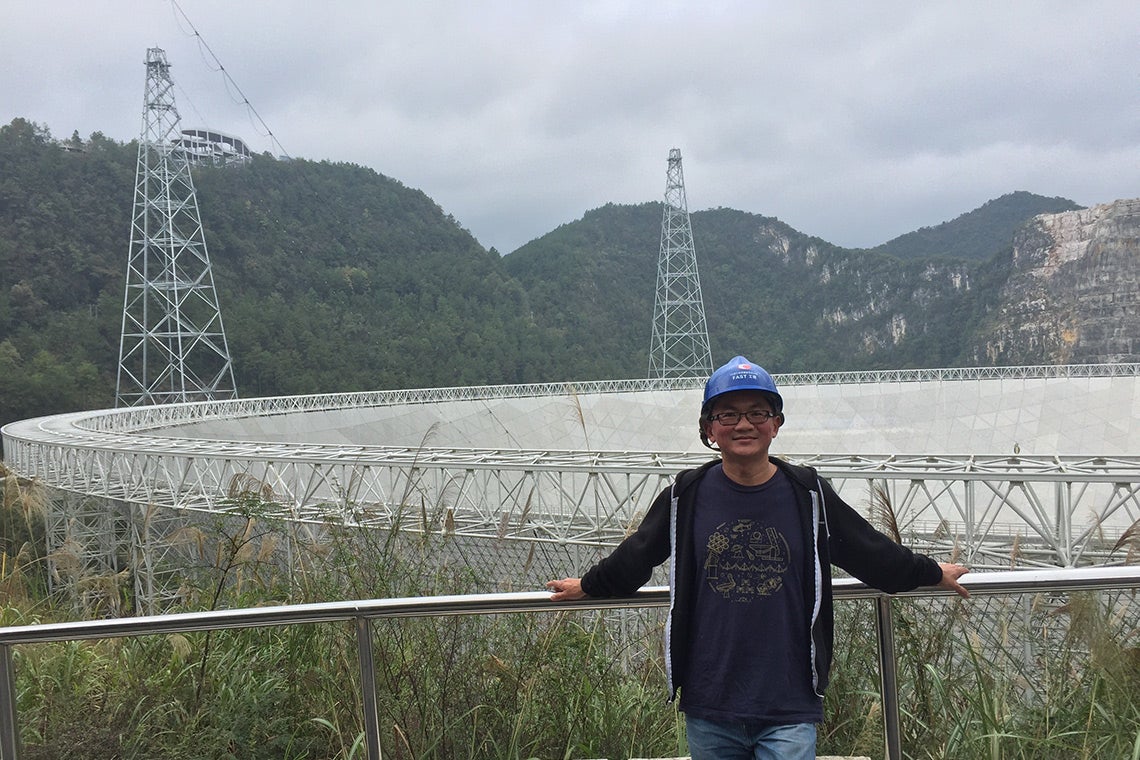 Ue-Li Pen, pictured here at the FAST radio telescope in China, is among 16 mathematicians and scientists from across North America and Europe to receive a 2018 Simons Investigators award (photo courtesy of Ue-Li Pen)

Theoretical astrophysicist Ue-Li Pen has been selected by the Simons Foundation to receive a 2018 Simons Investigators award.

Pen, the interim director of the Canadian Institute for Theoretical Astrophysics in the University of Toronto's Faculty of Arts & Science, joins 15 others honoured from across North America and Europe. He is the second researcher at a Canadian institution – and the first from U of T – to be tapped for the award since the program was introduced in 2012.

“Being named a Simons Investigator is a great honour,” said Pen, who is also professor in U of T's department of physics. “I am grateful and humbled to receive this award, which will enable substantial new and innovative astrophysics research opportunities at the University of Toronto.”

Pen is known for developing innovative tools to create new fields of research. His pioneering work on 21 cm intensity mapping opens a new window for the precision study of dark energy and neutrinos.

Recently, his use of natural plasma in our galaxy as a giant telescope spawned the field of scintillometry, enabling new glimpses into enigmatic pulsars and unsolved fast radio bursts. The vastly improved precision may improve our understanding of space-time, including gravitational waves.

The awards are presented by the New York-based Simons Foundation to outstanding scientists in mathematics, physics, astrophysics and theoretical computer science. They support researchers in their most productive years – when they are establishing creative new research directions – providing leadership to the field and effectively mentoring junior scientists.

The award provides $100,000 annually for five years and an additional $10,000 per year is given to the investigator’s department.