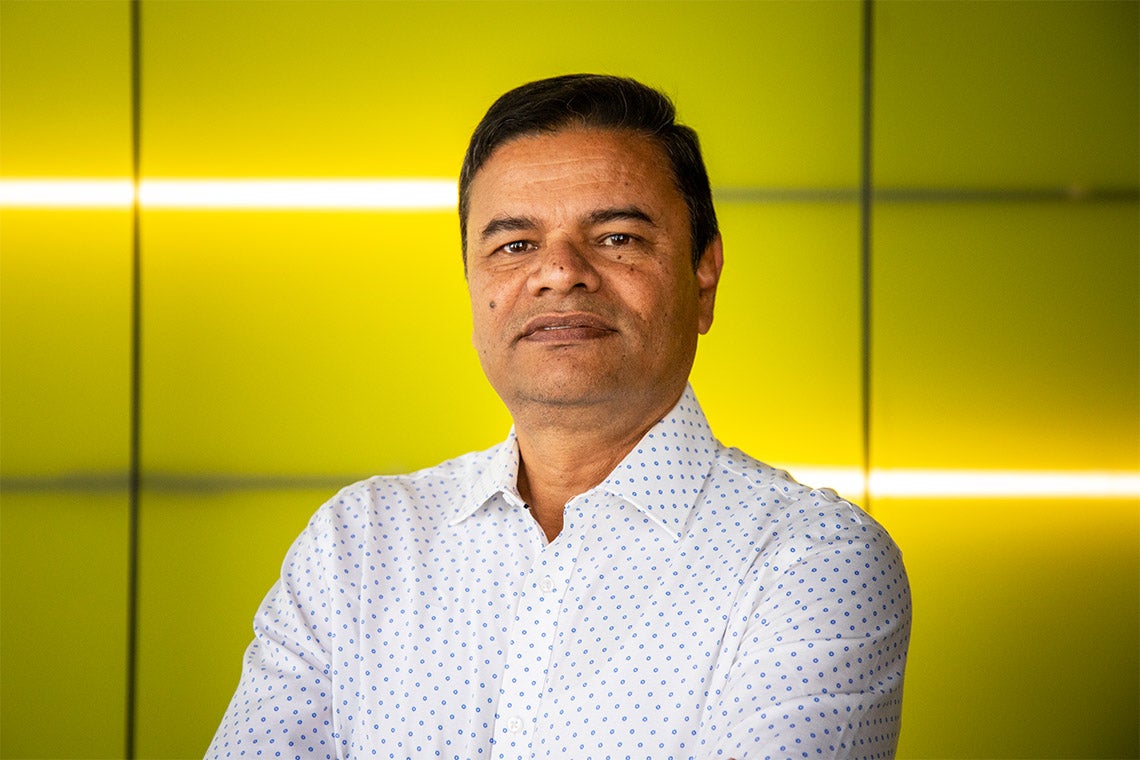 “Our findings deliver new information about the marine ecosystem and our understanding of marine environmental changes," says U of T Mississauga researcher Azizur Rahman (photo by Drew Lesiuczok)

A study by University of Toronto researchers reveals new insights about a molecular mineralization process that creates coralline algae, which grow in rock-like clusters on the ocean floor, and the marine plant’s response to climate change.

The growth patterns of coralline algae, which often form the structural base for coral reefs, can provide important information about past climate events and how aquatic organisms are reacting to new conditions caused by global warming.

The study, published earlier this year in the journal Nature, specifically examined a coralline algae found in the frigid waters off the coast of Newfoundland and Labrador called Leptophytum foecundum.

“It’s a highly abundant species,” says Azizur Rahman, a researcher with U of T Mississauga’s Climate Geology Research Group and lead author on the study.

Despite its ubiquity, however, little is known about how the algal skeleton forms and grows.

“Our research seeks to understand the skeletal structural system of the algae and to explore functional molecules in the bio-mineralization process,” says Rahman. “Our results show, for the first time, how a natural polymer known as chitin contributes to the development of coralline algae, and provides new insight into the role that chitin plays in controlling the process of mineral formation in marine environments.” 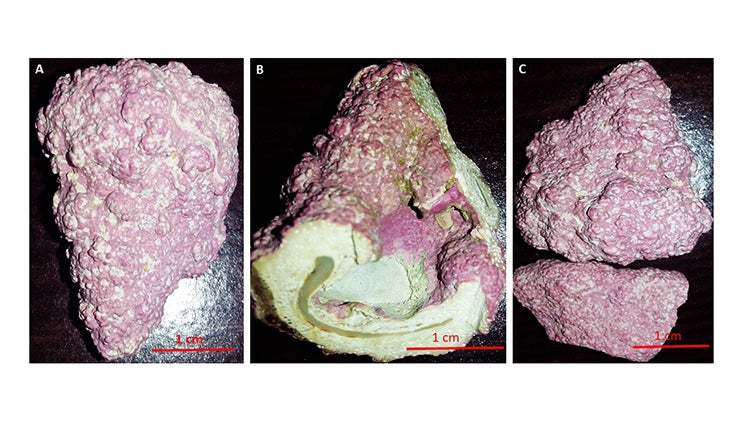 Chitin (pronounced kite-in) is a naturally occurring polymer found in the makeup of coralline algae, as well as crustaceans, insects, fungi and nematode eggs. The polymer is strong, flexible and translucent, and its fibre-like form is used in environmental applications such as improving water quality in aquaculture farms and aquariums, and biomedical applications such as wound dressing and stem cell therapies. In coralline algae, chitin hardens or calcifies the cell walls of the marine plant, creating the rock-hard skeleton of the algae.

The researchers developed a new tool to analyze the algae, building on a previous study by Rahman and collaborator Professor Jochen Halfar of U of T Mississauga’s department of chemical and physical sciences.

“Previously, it was thought that biopolymers like chitin had no role in the calcification process,” Rahman says, adding their results revealed that chitin plays an important role by enabling the formation of magnesium calcite, an important building block in the hard skeleton of Leptophytum foecundum.

“We have shown, for the first time, that chitin takes a key role in the process of mineral crystallization in marine organisms.”

Rahman notes that chitin is not found in other calcifying marine organisms, such as coral, but adds that further investigation may reveal the polymer in other varieties of coralline algae. The polymer also appears to provide protection from the impacts of climate change.

“Chitin contains polysaccharides, which increases the resistance of calcifiers like coralline algae to negative effects of ocean acidification,” Rahman says.

“Our findings deliver new information about the marine ecosystem and our understanding of marine environmental changes. The results could influence our thinking about the future response of coralline algae to global climate change.”

The study was supported by funding from the Natural Sciences and Engineering Research Council of Canada and the Canada Foundation for Innovation, among others.