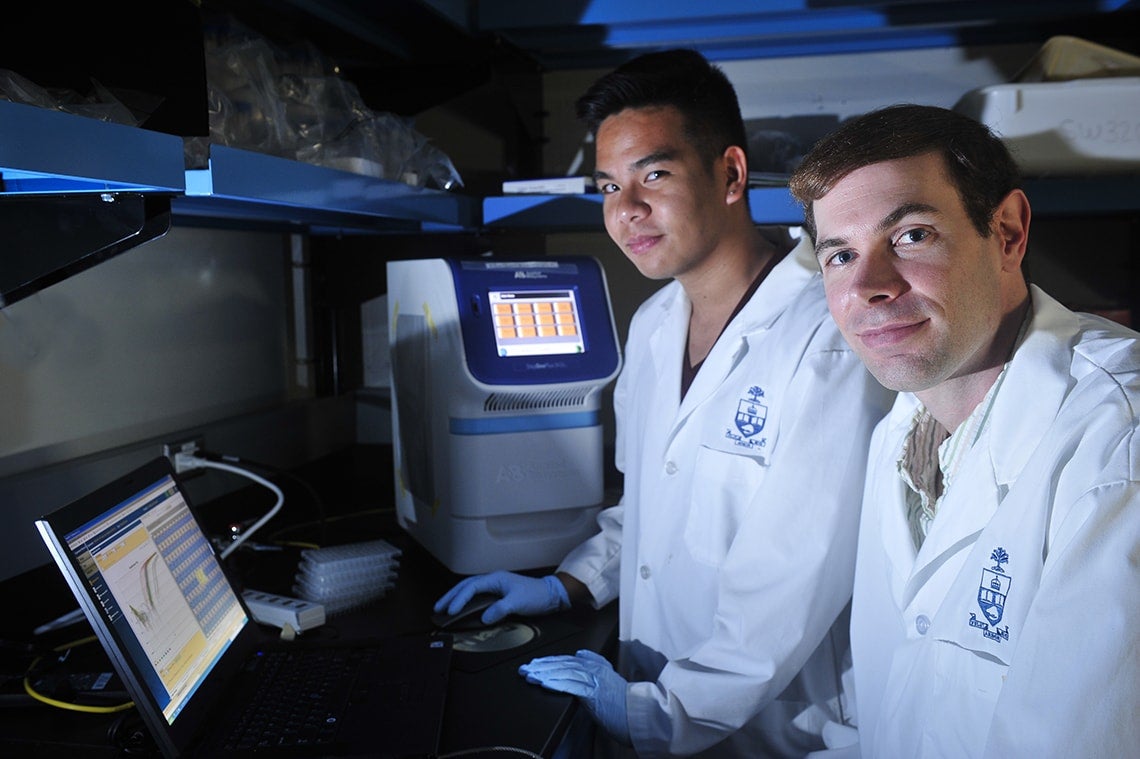 A new U of T study may lead to help for sufferers of chronic fatigue syndrome (CFS) who face debilitating fatigue that can't be cured by rest.

The study, which looks at epigenetic changes in people with CFS, is the first to identify differences in sensitivity to a hormone found in the body. Epigenetic changes can be caused by environmental triggers like toxins, stress, nutrition or infections, and while the change doesn’t alter the gene itself, it influences how and when a gene is turned off.

By identifying these changes, researchers can then start to develop ways of testing drugs already in use or develop new therapies.

McGowan and de Vega compared immune cells in CFS patients to a control group first by looking at epigenetic differences across the entire genome. The researchers then tested patients' immune response to glucocorticoids, in this case a version of cortisol, which has anti-inflammatory properties. (Glucocorticoids are a type of hormone that play an important role in the immune system and are also used to treat immune system disorders.)

“When we tested immune response, we found two different sub-groups of CFS patients,” says de Vega. “There are some that are hypersensitive to the drug, and others that have a regular response, one that you would typically find in non-CFS patients.”

CFS, or myalgic encephalomyelitis (ME), affects the brain and multiple body systems, but its cause is not understood. It’s thought to affect millions across North America.

McGowan, who runs one of the few labs in Canada doing research on the disease, says historically CFS has been treated as a psychiatric illness because medical doctors simply didn’t know how to treat patients. He likens it to fibromyalgia, a disease that is now recognized as a biological disorder.

“The patient response to this work has been eye-opening,” says de Vega, adding he’s received personal emails from patients who are looking for information.

The study, which is published in the journal BMC Medical Genomics, found there’s a lot of differences across the genome in CFS patients, including more than 12,000 sites related to cellular metabolism or other metabolic processes that are epigenetically different. They also found 13 specific sites that indicate a sensitivity to glucocorticoids.

In the past, glucocorticoids were used as a therapy for CFS, but many patients suffered terrible side effects, McGowan says, adding that being able to identify which patients would respond positively to the treatment would signify a major advance.

“For years, they have felt largely ignored and were not taken seriously so they’re happy to know there’s active research happening here in Canada.”

The hope, adds McGowan, is that by finding different epigenetic marks in CFS patients, there’s an opportunity to develop treatments that can alter those marks.

Epigenetics, which is McGowan’s area of expertise, looks at changes in gene function. The study is the first to describe epigenetic changes relating to glucocorticoid sensitivity differences in CFS patients.