U of T study finds toxic chemicals on smartphones, in bodies of smartphone users 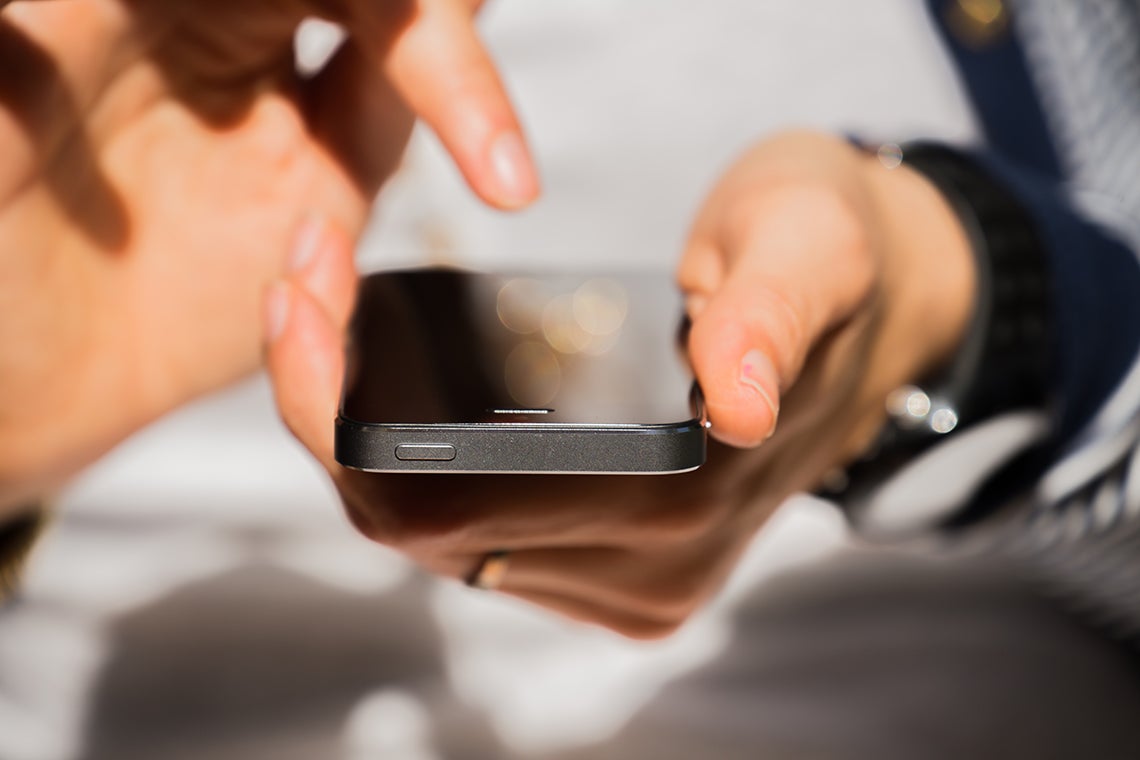 The study by U of T researchers suggests smartphones may either be the source of the chemicals, used as flame retardants or “plasticizers,” or are an indicator of environmental exposure (photo by Artur Debat via Getty Images)

Much has been written about the detrimental effects of smartphones on attention spans, stress levels and dinner table conversations. Now new research from the University of Toronto suggests they could also be a source of toxic chemicals, or at least an indicator of the chemicals to which people are exposed.

In a study published today in Environment International, researchers at U of T found levels of several toxic chemicals on the smartphones of Canadian women aged 18 to 44 were related to levels of those chemicals in their bodies and on their hands.

It is the first study to identify handheld electronic devices as a potential source of exposure to organophosphate esters, chemicals often used either as flame retardants or “plasticizers” that make materials such as polyvinyl chloride more flexible and durable.

“We are concerned with these chemicals as they have been linked to neurotoxicity, decreased fertility and thyroid problems,” says Miriam Diamond, a professor in the department of earth sciences in U of T’s Faculty of Arts & Science and lead author of the study.

“What we don’t know for certain, though, is whether electronic devices are the source of the chemicals or an indicator of total exposure from other sources, or both.”

The researchers found correlations between the levels of organophosphate esters on electronic devices and the levels found on hands and in urine. Further, they found levels of flame retardants and plasticizers were higher on handheld devices such as smartphones and tablets than on non-handheld electronics such as televisions and desktop computers. That suggests handheld devices like smartphones may be sources of some of these compounds, but may also provide an indication of chemical exposure across the different environments where people spend time each day – for example, their homes, cars and workplaces.

These new findings come amid calls for increased focus on the environmental and human health impacts of electronics. Existing electronics industry standards cover thermal, electrical, optical and even acoustic product safety, but do not specify how materials should be screened for possible toxicological impacts.

“Earlier this year the U.S. Consumer Product Safety Commission granted a petition to ban the use of certain harmful flame retardant chemicals in electronics and other products,” says Diamond. “The organophosphate esters identified in this new study are often used as replacements for the banned chemicals, and increasing evidence indicates that these replacement chemicals are harmful as well.”

Diamond says that, given the ubiquity of these devices that are in so many people’s hands all the time, from kids to adults, periodically wiping down your smartphone should lower the levels of these toxic chemicals on the device and hence on your hands. She also adds that “we need to be aware of – and try to reduce – how much we use our handheld devices, especially by kids.”

The findings are described in the study “Are cellphones an indicator of personal exposure to organophosphate flame retardants and plasticizers?” Support for the research was provided by the Clean Air Regulatory Agenda, Canada's Chemicals Management Plan, the Natural Sciences and Engineering Research Council of Canada and the Canadian Cancer Society.