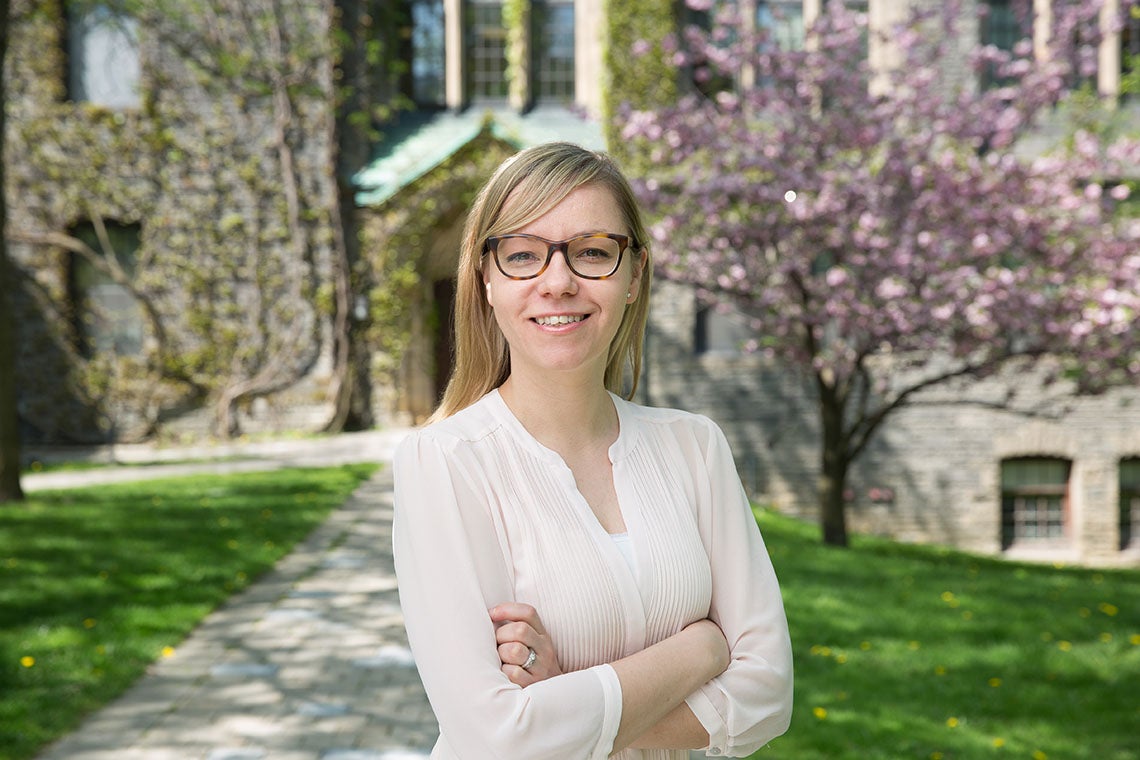 Aleksandra Zuk, a PhD candidate at the Dalla Lana School of Public Health, is the lead author of the study looking at link between vitamin D3, gum disease and Type 2 diabetes

In a rare study of its kind, new University of Toronto research has identified how vitamin D3 and periodontitis influence Type 2 diabetes.

Aleksandra Zuk, a PhD candidate in epidemiology at the Dalla Lana School of Public Health, found increased odds of developing Type 2 diabetes among people with gum disease who are also lacking in vitamin D3.

“We know that vitamin D is not only helpful for bone health, but is also shown to have antimicrobial and anti-inflammatory effects. Sufficient vitamin D levels can potentially decrease inflammation and affect oral microbes related to gum disease,” said Zuk, the lead author on the study and a trainee at the Population Health Analytics Laboratory.

The prevalence of pre-diabetes and Type 2 diabetes is rising, but the role of gum disease in the origin of the disease is still unclear. According to Zuk, it’s critical to explore the impact of novel risk factors associated with disease risk

The study, published in BMJ Open Diabetes Research and Care, uses National Health and Nutrition Examination Survey data on the U.S. population. Participants were over the age of 30, and health interviews and physical measurements were conducted in-home and at a mobile examination centre.

Vitamin D is predominantly produced in the skin from sun exposure or through the consumption of some foods. Gum disease is caused through an excess and persistence of gum inflammation that result from oral microbes. At its worst, poorly controlled diabetes worsens periodontal disease. Researchers have found that half of American adults have some form of gum disease and lack vitamin D sufficiency.

Zuk hopes that by better understanding exposures, targeted treatment can be an additional line of defense against diabetes. For example, by changing the vitamin D status from low to high among adults with periodontitis could affect glucose levels in people living with Type 2 diabetes.

“Because it’s the first study, we really need to look at these two exposures again in other studies and population. It might impact further diabetes research,” said Zuk, who was supervised by Laura Rosella, an associate professor at Dalla Lana.

This research was funded by a Connaught New Researcher Award at the University of Toronto.