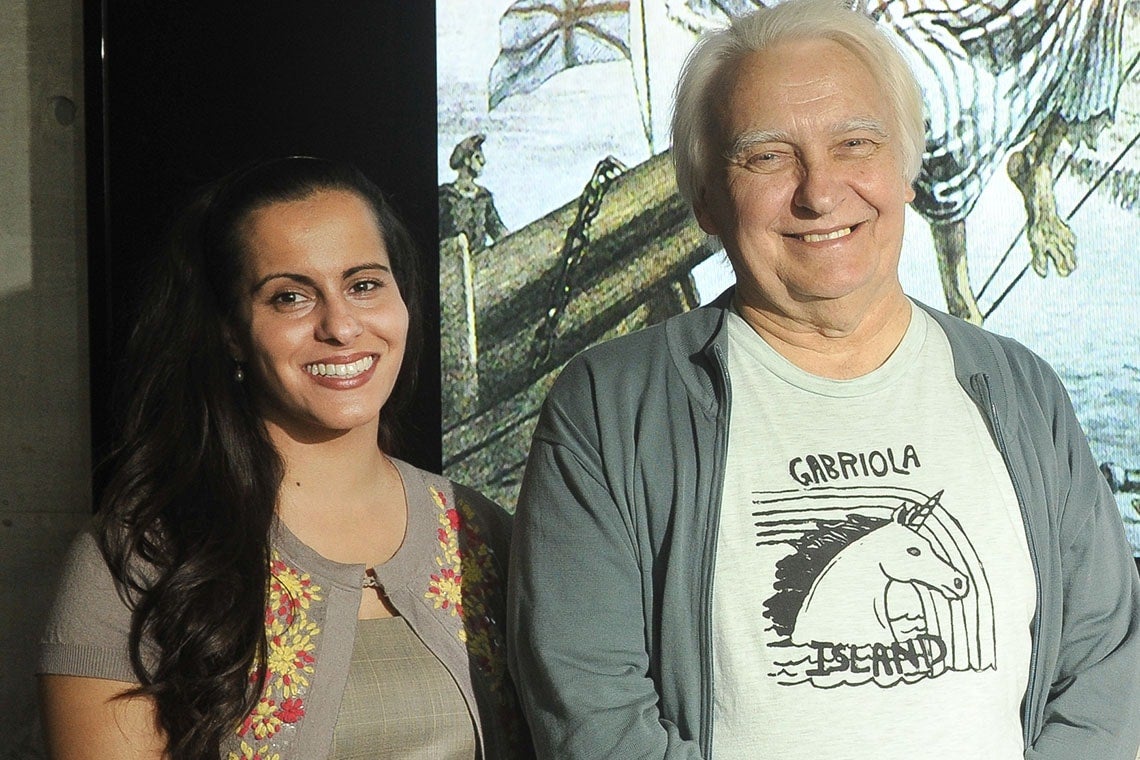 Lianne Tripp and Larry Sawchuk: Their research found a noticeable relationship between a rise in cost of living and increased TB death rates (photo by Ken Jones)

New U of T research finds that a rise in the cost of living experienced during times of crisis – like war, outbreaks of disease and food shortages – can lead to a spike in tuberculosis mortality rates, with women the most vulnerable.

“During times of great stress, women were at greater risk, and the likely reason is because of traditional gender roles,” says Lianne Tripp, an assistant professor at University of Northern British Columbia and former PhD student in U of T Scarborough’s department of anthropology.

Using 20th century economic and demographic data from Malta and the nearby island of Gozo, Tripp and former supervisor Professor Larry Sawchuk of U of T Scarborough found a noticeable relationship between a rise in the cost of living and increased rates in deaths from tuberculosis (TB).

“In Malta during the First World War, the 1918 influenza pandemic and the end of the Second World War, variations in the cost of living explains about 61 per cent of the variation in TB death rates,” Tripp says.

While female TB death rates were higher in general, they were especially elevated during times of extreme hardship.

TB is an infectious disease caused by a bacterium spread through the air. It kills almost two million people annually across the globe – about 95 per cent of fatal cases occur in developing countries – making it the world’s deadliest infectious disease.

As Sawchuk notes, TB is an opportunistic disease that often surfaces in poor living conditions, such as overcrowded housing, poor nutrition or lack of food.

“Malta during the First World War and at the end of the Second World War were full of these types of population stressors,” he says.

Not only did the small island have some of the highest rates of urban density and overcrowding in Europe at the time, it was also heavily reliant on imports to feed its population, notes Tripp. When imports dropped dramatically during the war and the cost of housing shot up, it created a perfect storm of conditions that put its already precarious population in a very vulnerable position.

Interestingly, Gozo did not experience the same spike in TB mortality rates despite being close to Malta. This was likely due to its relative independence compared to Malta.

“Gozo was more isolated than Malta, had a mostly agrarian and self-sufficient economy and had no involvement in the war, so this meant they had limited exposure to TB,” Tripp says.

The study, which is published in the journal PLOS ONE, also uncovered evidence of the harvesting effect that occurred following TB outbreaks when the mortality rates dropped to lower rates than normal. Sawchuk’s past research explored the phenomenon, which occurs when those who are vulnerable, such as the sick, weak or elderly, die during a disease outbreak.

Sawchuk adds the research may be of interest not only to anthropologists but also those interested in how diseases wax and wane over time.

“You’re seeing this more in medical literature and that is a realization diseases don’t exist in a vacuum, that they can simply be explained as a microorganism in humans,” Sawchuk says.