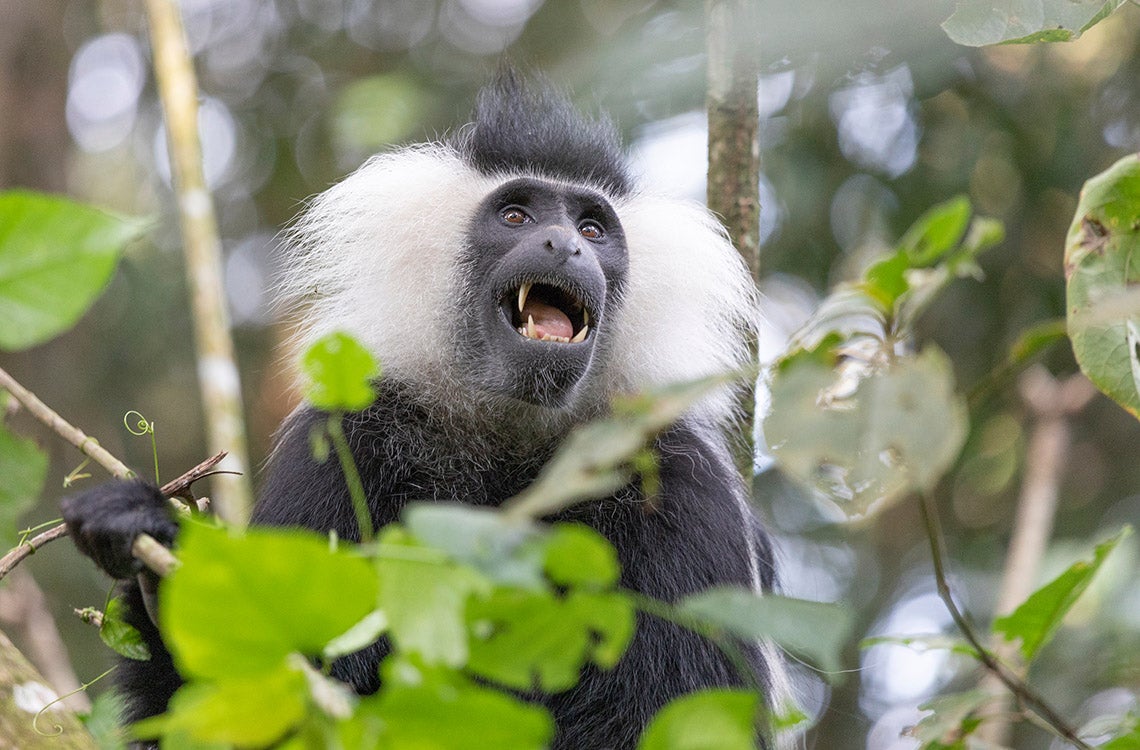 A study by researchers at the University of Toronto has uncovered a new type of social organization in primates – one that may help further our understanding of human evolution.

The research, led by U of T Scarborough’s Julie Teichroeb and PhD student Samantha Stead, for the first time finds evidence of a multi-level society in a species of African colobus monkeys.

“We haven’t seen multi-male units like this before,” says Teichroeb, who is an assistant professor in the department of anthropology and an expert in primate behaviour and the evolution of social organization in primates.

The researchers found at least three levels of social organization in the species, known as Colobus angolensis ruwenzorii, which lives near Lake Nabugabo in Uganda. The three levels include smaller core units that cluster into larger clans, with clans sharing a home range within an even larger band.

The multi-male core units can have up to eight adult males – all of them reproductive males, meaning they get a chance to mate with females. They also get along with each other.

“The males do a lot of greeting behaviour like hugging each other or passing infants around to bond with one another,” says Teichroeb.

“Males interacting a lot with infants is odd behaviour among other species of colobus monkeys to begin with, but using infants to bond with each other is very unusual.”

In other primates, when two groups meet it usually results in conflict, but in a multi-level society, these groups tend to tolerate each other. While there is evidence of multi-level societies in a few primates, including geladas (a relative of baboons) and hamadryas baboons, they don’t form multi-male/multi-female units like these colobus.

Teichroeb says the males may get along because there’s an ample food supply, or because they are clustering together to fight bachelor males wanting to enter the group. It could also be that they are related – something Teichroeb hopes to explore more through genetic data they’ve collected.

“Females dispersing and mating outside of the band in a multi-level society is proposed for our human ancestors, so this species could be a good parallel for understanding human evolution,” Teichroeb says.

She adds that our human ancestors also showed evidence of male bonding while remaining in the geographical area where they grew up, another characteristic of this colobus species.

The study, which received funding from the Natural Sciences and Engineering Research Council of Canada (NSERC) and the American Association of Physical Anthropology, is published in the journal PLOS ONE.

Teichroeb hopes to explore the possibility of a fourth tier of social organization in these monkeys since they didn’t observe a band coming into conflict with another band while doing their research. They also want to further explore the reasons behind the unusual male bonding behaviour.

“We have this notion that we understand all the variation in social organization in primates, so finding this new type of organization goes to show there could be different patterns out there we’re not aware of,” Teichroeb says.