U of T students investigate a little-talked about aspect of self-driving cars: Insurance 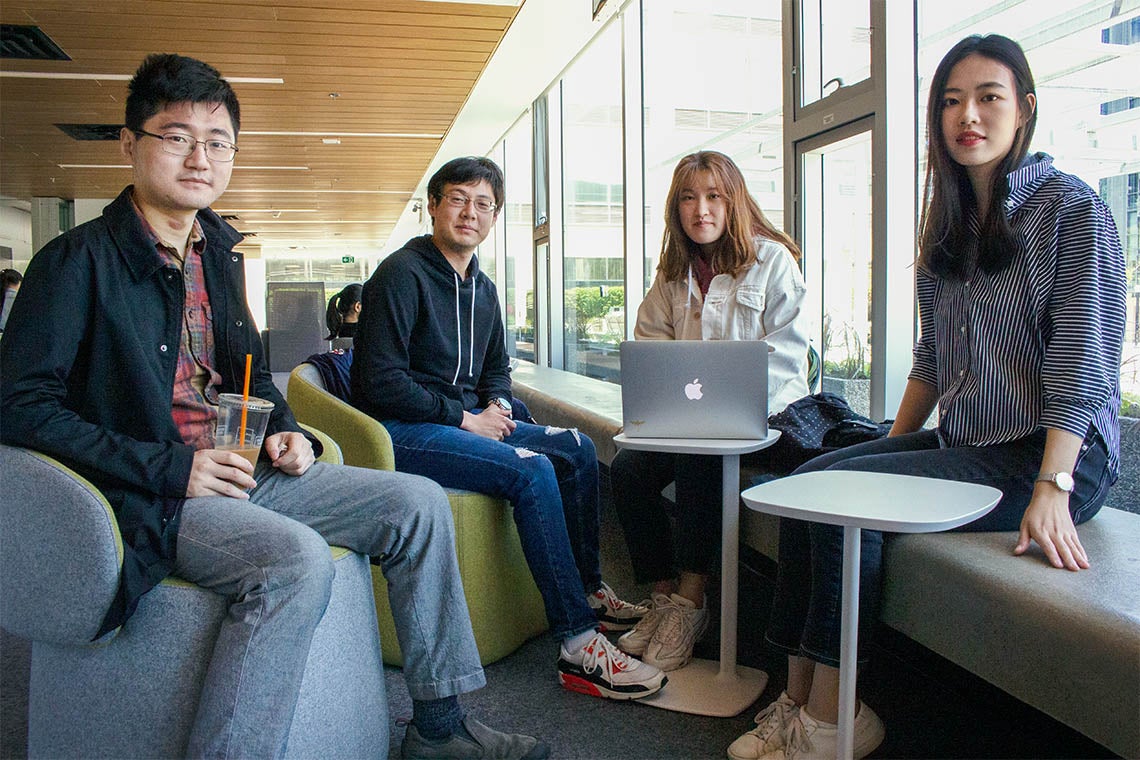 From left to right: Kangdi Yang, Yaru Yang, Qiwen Zhao and Yuxuan Zhang of U of T's department of statistical sciences (photo by Jessica Macy Lam)

It’s probably not the first question that comes to mind when the topic turns to self-driving cars, but it’s nevertheless a critical one: How will autonomous vehicles be insured?

Kangdi Yang, Yaru Yang, Yuxuan Zhang, and Qiwen Zhao, in the University of Toronto’s department of statistical sciences, recently turned their minds to the problem during a student research competition hosted by the Society of Actuaries.

The team, who were all undergraduate students at the time the competition took place, wrote a research report on how autonomous cars will likely change the insurance industry – and insurance policies for car owners.

Their main finding: Car owners likely won’t ever need to worry about being blamed for accidents again since self-driving cars take human error on behalf of the driver out of the equation.

“[Car crashes] are something the manufacturing company would be responsible for but not the driver – that is the kind of transformation we need to take into account and abandon some of the old risk factors,” Zhao says.

That’s because crashes involving vehicles we use today are largely caused by people. A crash involving self-driving cars, by contrast, would most likely be caused by system failure, technology failure or network failure, according to the U of T team’s research.

The U of T team’s report, which made it to the competition’s semi-finals, was based on data about a fictional city’s number of insurance claims for traditional vehicles and claim amounts. They spent a month conducting intense data cleaning, analysing and programming – not to mention brushing up on market research, as well as the various factors affecting insurance premiums.

So how might the insurance industry change once self-driving cars officially hit the market?

Some of the variables that will need to be considered, according to the team, are the size of the car, which could determine the seriousness of injuries, and how much technology is under the hood, which will determine the cost of replacing the vehicle.

One possibility is that consumers may not need to pay if they are in a collision in a fully autonomous vehicle. Zhao adds that any collisions that happen because of manufacturing errors mean the manufacturer would likely record the losses instead of the insurance company.

The team also found that the price of insurance premiums will probably decrease because fewer accidents are expected as more fully autonomous vehicles on the road.

Yang points out that changes to today’s car insurance industry and policies could be a reality in the not-so-distant future.

“[Insurance industries] need to consider now that this technology is already on the market,” says Yang. “Companies are going to compete for these market shares and the companies who have a solution in place will win.

“Thinking about it early is the most important thing.”