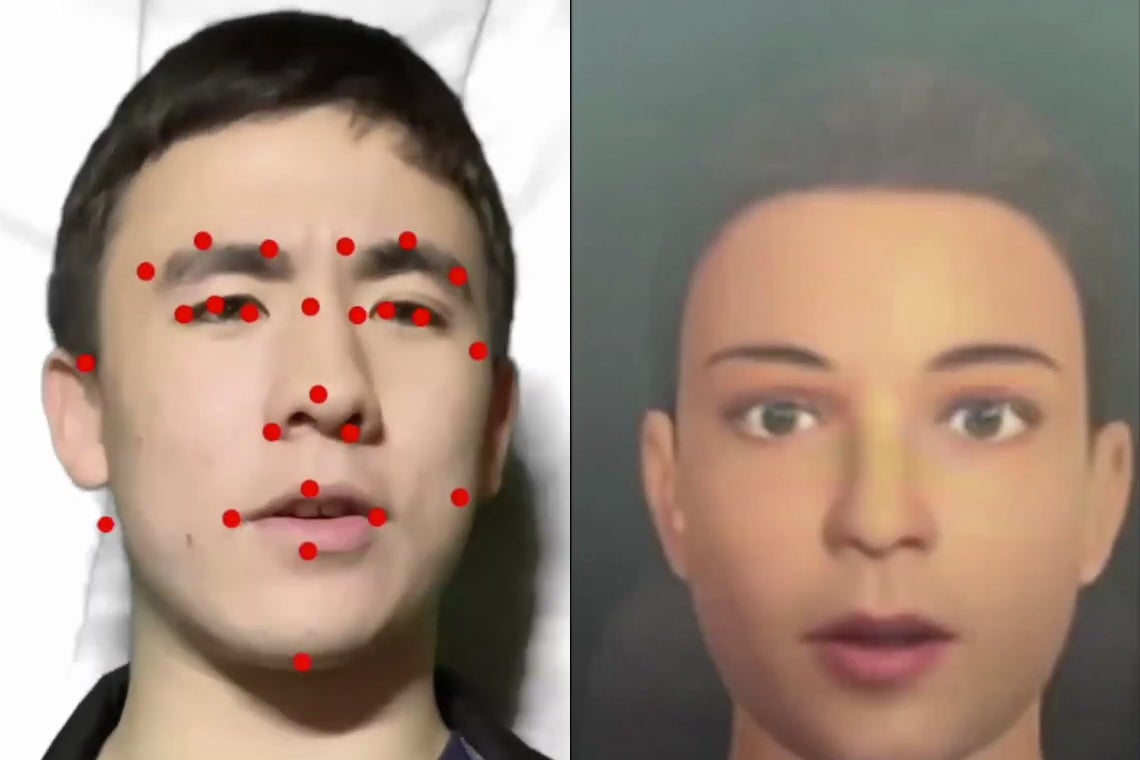 The video conferencing technology created by first-year math student Euan Pound transmits facial movements to an on-screen avatar, resulting in a low-bandwidth tool that would allow health-care workers to connect with clients in remote communities.

So, with the help of three high school friends, the first-year math student in the University of Toronto’s Faculty of Arts & Science developed a concept for a low-bandwidth video conferencing software that could improve access to mental health resources in remote communities.

Called Face to Face, the software records movement from points on a person’s face and transmits the data to an avatar, enabling non-verbal communication between a client and a mental health professional without the bandwidth required by video.

“Our research revealed two main problems,” says Pound, a member of University College. “First, a lack of bandwidth prevents health-care providers from doing video consultations with many clients who live in northern communities with poor internet service. Second, a lot of those clients are not comfortable showing their face on camera.”

“We came up with a solution that could fix the problem of low bandwidth in northern communities and provide an alternative for camera-shy clients, while still allowing the caregiver to see expressions and non-verbal cues through the avatar.” 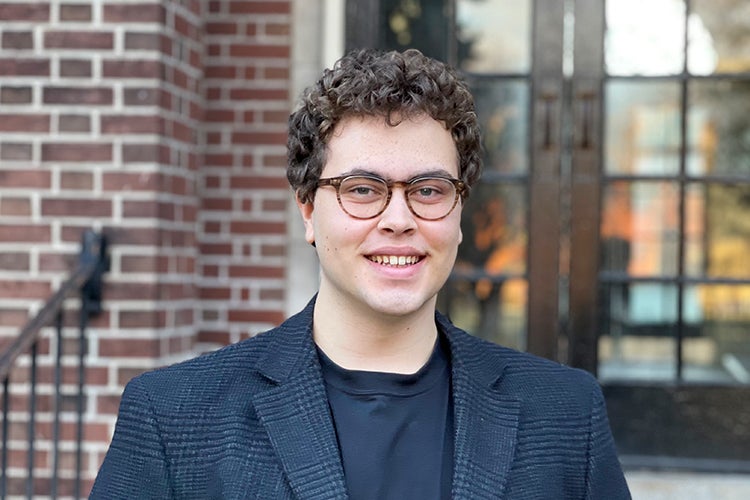 Euan Pound, who is from Thunder Bay, Ont., says Face to Face aims to solve two problems at once: giving health-care providers a low-bandwidth tool to perform video consultations with clients in remote communities and providing a way for camera-shy participants to benefit from one-on-one interactions (photo by David Basil)

Mental health can impact quality of life and education, especially for Indigenous students in northern communities, says Pound, adding that, while the issue existed before COVID-19, it has only become more acute with the increased reliance on digital technology to deliver mental health services in the midst of the pandemic.

“In Thunder Bay, my friends and I volunteered at the multicultural association, and we’d hear first-hand accounts of people struggling because of the history of injustice and governments pushing them into these isolated communities,” Pound says.

“Until we got together for this project, we really didn’t think we could play a meaningful role in finding a solution for people far from population centres to access the mental health care that other people can. It was a lightbulb moment and I'm really proud.”

They beat 150 other teams from 30 countries in the challenge, which was judged by a panel of experts including Colin Deacon, a Canadian senator; Satya Tripathi, the United Nations assistant secretary-general; Kristine McLeod-Semmler, deputy grand chief of the Gwich’in Tribal Council; and Asyia Kazmi, the global education policy lead for the Bill and Melinda Gates Foundation.

Pound and his friends on the team – who originally met in Grade 9 “making bottle rockets” – reunited for the contest by working remotely over Zoom, even though they are now scattered across U of T, McMaster University, Queen’s University and the University of Waterloo.

They only had 10 days to put together the presentation and are just now starting to build the actual software.

Pound says even though his computer science knowledge is not extensive, his first-year classes at U of T served as inspiration for his work in the competition.

“We have been discussing how to use computer science to take a problem that you would think is really big and turn it into something smaller to see possible solutions.”